Lain York is a painter. He’s also the gallery director at Zeitgeist Gallery. He’s also referred to as the “Mayor of Art Town” by his peers in Nashville’s art scene. The honorary title is one York has earned after years of making his own work while also tirelessly advocating for and actively participating in the city’s visual arts community, playing a vital role in growing it from a rag-tag gaggle of creatives to a thriving scene of artists, galleries, events, lectures, and educational 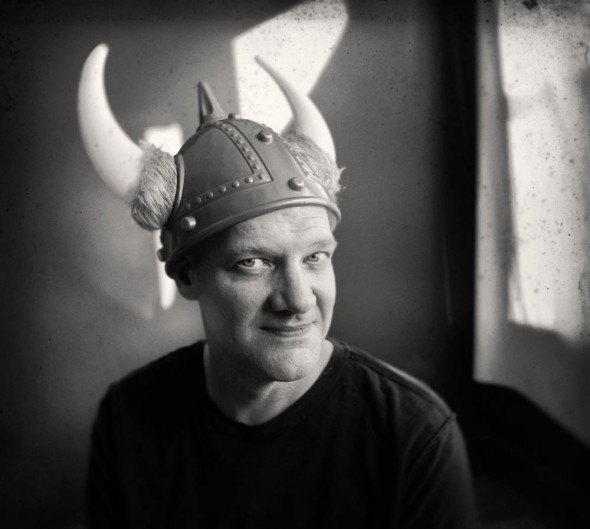 Despite his go-to status as the unofficial point man for the visual arts in Nashville, York is first and foremost an artist. York sat down with Nashville Arts Magazine to talk about materials, techniques, the many uses for Wite-Out correction tape, and a band called the Rolling Stones.

Nashville Arts: What is the name of the show you’re about to install at the Bank Gallery?
Lain York: When the Whip Comes Down.

Nashville Arts: It’s the most recent anonymous/pseudonymous exhibit curated by artist Todd Greene. Whip showed in October, so we can spill the beans on the backstory. What can you tell me about the work in the show?

Lain York: I’ve always wanted to show with Joe Saunders. He was in Zeitgeist’s Right to Assemble show (2010), and I think he’s a super-smart painter. His imagery and titles are always slippery and bring so much to mind. We finally decided to look at it as two independent bodies of work. My work was to be based (loosely) on the presidency of John Adams and late-eighteenth-century caricature and portraits. My series was titled Selections from the National Gallery, so they continue to reference an objective museum record.

Nashville Arts:”When the Whip Comes Down” is a Rolling Stones song from their Some Girls album. I’ve always admired their ability to continually remake a simple formula. I see a similar evolution in your work. I can trace a direct line back to the mask-style paintings of many years ago. Are you still mining the same vein? How do you keep finding gold? 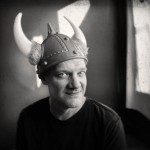 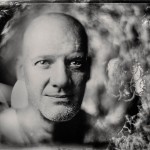 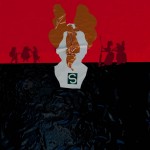 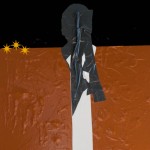 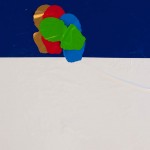 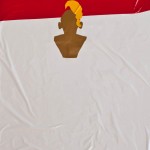 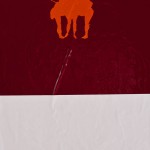 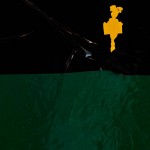 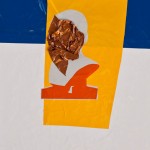 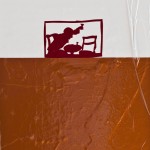 Lain York: Artists that helped me out a lot when I was coming up—like Richard Painter—always set great examples of staking out particular themes that remained consistent in their work and then found new means and media to continue their conversations. I have to say that I’m primarily driven by materials as opposed to getting particular

messages across. My work has become more abstracted over the past several years to the point of becoming a deconstruction of itself. I like the idea of breaking it all down into its more basic elements. I feel that although I’m working abstractly, I’ll always be a figurative painter. The figure might be hard to find, but it’s there.

Nashville Arts: Let’s talk about technique. Your show Bedrock welcomed 2012 at Belmont University’s Leu Gallery, and it remains one of the strongest shows of the year. The most prominent element in the work was also the most paradoxical: Most of the forms, figures, designs, and markings on your panels were made using Wite-Out correction tape. Why reveal your subjects in a medium designed to cover things up?

Lain York: Honestly, it has been a response to materials. I love mixing a hard edge (lines formed with masking tape) and “more processed” elements with hand-wrought designs and drawing. The correction tape allows me to literally put down a “line” that looks like it was painted but is also broken and fractured. It’s been a great reintroduction to drawing for me. I also like the idea that I’m going to have only so much control over what comes out. I once read that Willem de Kooning liked to set up obstacles for himself, things that he had to wrestle with in order to whip a painting into shape. He painted himself into a corner before seeing if he could blast his way out of it. 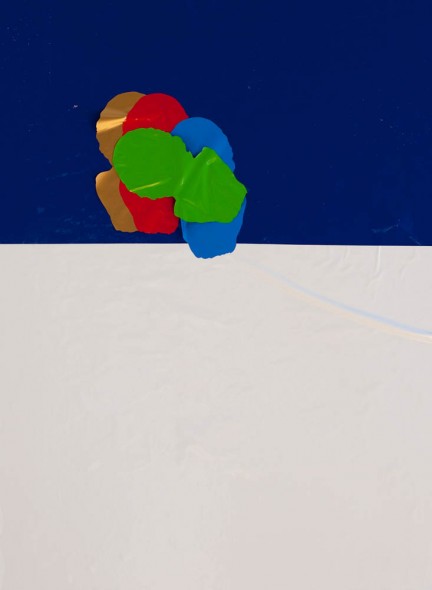 Nashville Arts: Casual observers have a limited idea of what a painter does in the course of making work. Your use of correction tape is still “painting,” and it’s obvious from the chips, scrapes, and holes in your surfaces that you’re using something other than the wrong side of a paint brush to bring those textures to your surfaces. What other tools and techniques did you employ to create the work you’ve been showing this year?

Lain York: I’ve always felt that I make paintings about sculpture and use a sculptural vocabulary. There has always been an attention and sensitivity to materials along with the routers, chisels, sanders, spray paint, biting, kicking, and scratching. The Bank show incorporated vinyl, which goes back to pieces I was making in the early to mid nineties. I have been very interested in the recent developments of more “concrete” type painting that focuses more on materials and moves away from imagery. I’m looking at a lot of Europe-based artists (as well as from the U.S. and Australia) whose work deals with just about everything other than paint yet concerns itself directly with issues of painting with a capital P: color, line, texture, shape, etc. It’s a line of inquiry that asks, “What makes a painting a painting if you take away the paint?” This might sound like serious tail chasing, but in most senses there is a lot of humor in the responses. It’s like painting is fun and unapologetic again.

Nashville Arts: The highlight of the Bedrock show was the massive Untitled (Permian Chapters). The piece was also displayed during your show at Zeitgeist Gallery this summer. It features an abstract eraser-tape pattern that skitters and jumps across a dozen large panels. The panels are stacked in two rows of six; each one is installed at an odd angle. The whole installation appears to be dancing along the wall. Was this discovered through a happy accident, or was this crooked hanging your intention all along?

Lain York: Permian Chapters refers to geologic time and entropy—that the most carefully managed program will eventually go its own way. It was all about rhythm and expressing it on a geologic scale. Again, I believe that I have to give myself permission to do certain things, and this was something that I have wanted to do for some time. I don’t think a “painting installation” or an overly planned suite of paintings works very well as a rule. It’s kind of like a “concept album” that tries to go beyond some two-dimensional surfaces on a wall in a gallery, but there was something so simple about the idea, and I had the perfect opportunity. The Leu is such a beautiful space that I have some personal history with, and I wanted to do something special for it. I hoped to make something that had a casual elegance to it that complemented the space, created a contemplative atmosphere, yet was fun and conveyed a sense of humor.

Nashville Arts: Keith Richards once said, “There’s only one song, and Adam and Eve wrote it; the rest is a variation on a theme.” Is there only one painting? What is that painting? 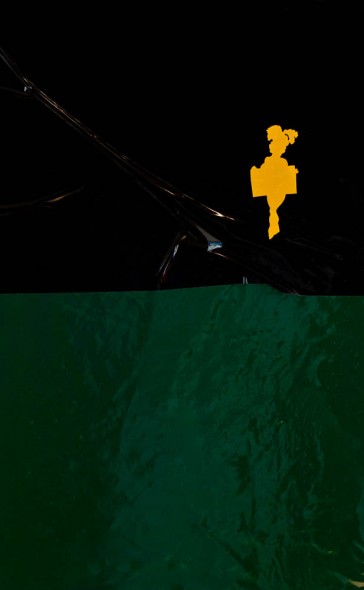 Lain York: For me it would have to be Cy Twombly’s Age of Alexander. I remember seeing his work in a freshman art history class. I have never been the same since.
Lain York is represented by Zeitgeist Gallery. Contact janice@zeitgeist-art.com.