When first looking at these paintings by Sebastian Picker, there is an uncanny sense that they are not paintings at all but rather photographs of real objects, such as sculptures or even functional objects and real people. 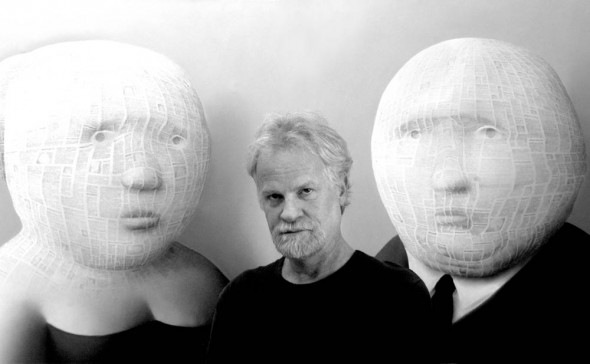 This is due to the super-virtuosity of his technique, blending brushstrokes so well as to render them invisible to the eye,allowing only the textures of the objects depicted and the spaces they occupy to present themselves as the only reality on offer.
Upon the realization of their true medium, there is a shock effect, one that thrusts the viewer fully into a world of visual and intellectual challenge and insecurity. It seems that the very medium, in its unrootedness, represents imagined mobility and migration from one medium to another. 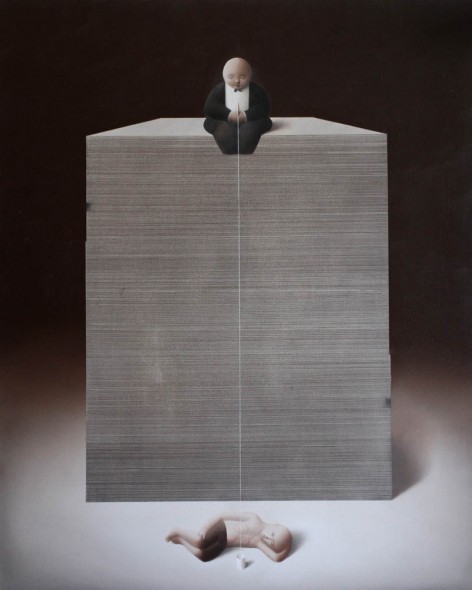 This is a highly deliberate strategy on the part of Picker, as once we fall into this rabbit hole of doubt about what we are actually looking at, the deeper and more unsettling challenges of the subject itself begin to emerge.

Who is that little man? Is he really a man or a boy in adult clothing? What is his nationality? The clothing is not of a worker or of the upper class but rather strongly suggestive of the generic middle-class clone.
Whatever situation he is caught up in is one shared by countless millions in this category.
That sense of a global population is suggested by the inclusion of a sphere upon which the little man is perched, in Autos, as if it is the earth itself in some perverse metaphorical state made up of the compressed and claustrophobic mash-up of generic cars, these as nondescript as the little man himself. Does the sphere support the little everyman, or, due to its potential to roll, will it dislodge him and leave him abandoned and in a non-place? 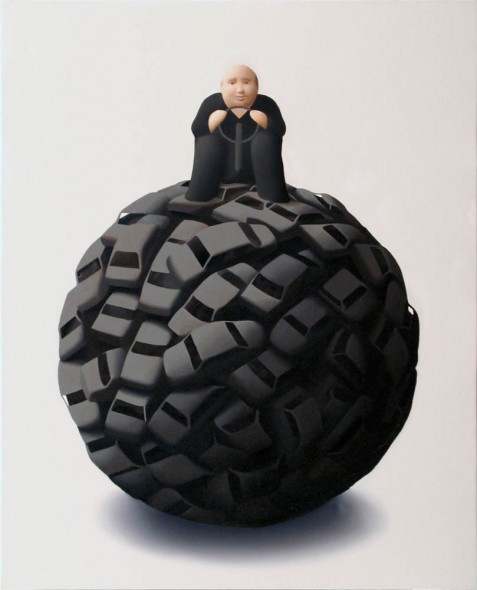 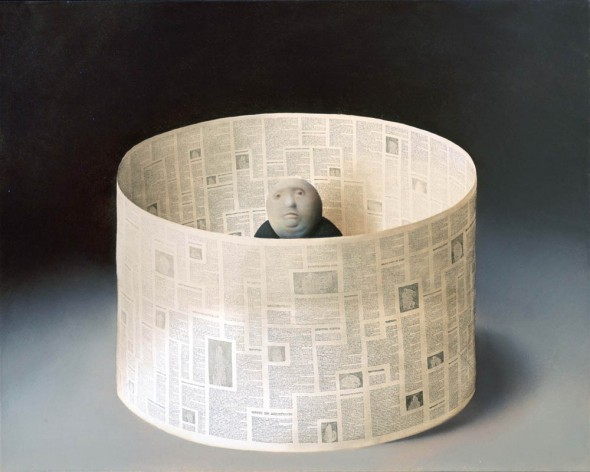 In this case, the title is a complex pun, as in English ‘information’ can be separated into another meaning, ‘in formation’.In Spanish, however, ‘information’ is indeed ‘información’, but ‘in formation’ would be spelled as ‘en formación’, the change in the first letter from ‘I’ to ‘e’ being the critical element in the fractured pun.That small letter is as small as is the little man in the larger scheme of things, but perhaps larger truths or lies are always composed of tiny, undetectable details, surely too small to matter.In considering the biography of Picker, one is struck by his residence in so many geographies, some quite distant from others, and some long-term in duration. From his native Chile, he has traveled and lived in Rome, Boston, and Barcelona among many other destinations.

His decision to ultimately move back to his home country means that he sought to restore both a sense of home and strong roots, a secure foundation, but one based on the perspective of long and wide travels that were truly global and international in their scope. In other words, he now sees the planet as a vast, encompassing totality, from the relative pinpoint of his native land.In his own personhood and biography, he is both one and multiple, a single body that encompasses the understanding of many others, of a universal collective. The specificity of gender in the little man confesses the limits of this enlightened position, as it explicitly leaves out the condition and motivations of half the world. This other half will need to read its own place defined here as the Other of the world, and imagine its configuration into Picker’s view of things.

Sebastian Picker is represented by Gallery One. His exhibit Examinations of Dystopia is open March 2 through March 23.
www.galleryonellc.com