With a new album, My Favorite Picture of You, on the horizon, the Texas troubadour admits that he’s not as smart as he thought he was. We beg to differ. 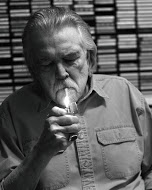 “I’m not as smart as I thought I was,” confesses iconic songwriter Guy Clark, assessing himself as an afternoon passes slowly outside the upstairs art studio where an in-progress painting of a leathery cowboy eating a slice of watermelon is propped on an easel. “And I’m more confused than I’ve ever been.”

Understatement has always been Clark’s strong suit. The man who captured the zeitgeist of a creative class living with brio yet never surrendering their dignity, he remains unafraid. His songs boast titles like “The High Price of Inspiration,” “Hell Bent On A Heartache” and “I’ll Show Me,” the closing tracks of his new My Favorite Picture of You.

The haggard side of male heroics is a big piece of the legend: a man devoted to the truth, not the gussied-up veneer. Even the title song stems from the reckoning a little misadventure in the afternoon once held. Drawn from a real photo of his dearly loved and recently deceased Susanna, it captures a woman in the height of disgust. 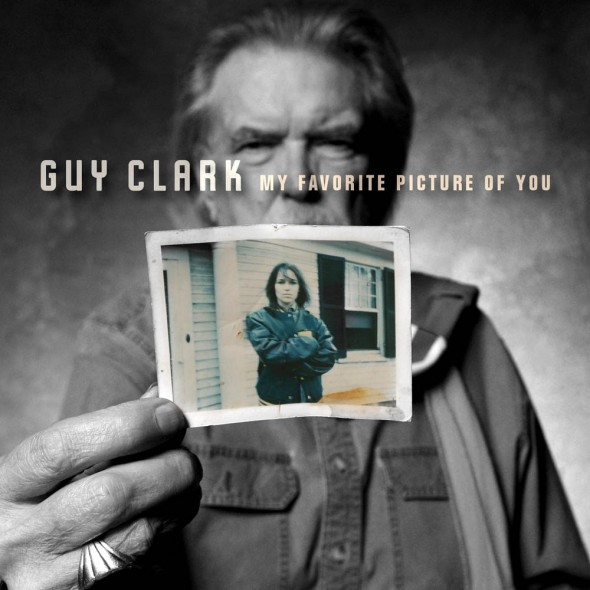 Guy Clark “My Favorite Picture of You”

“That picture was taken outside John Lomax’s house on 21st,” Clark recalls, his voice a deep rumble of hard wood and hard living. “He and Townes had been going at it all afternoon, and we were just drunk on our ass; she’d heard enough.

“It was cold outside, and she didn’t care. She put on that jacket and went out! Mad as hell, having none of it! That was Susanna. The camera just loved her. She never took a bad picture. But that? I saved it all those years; kept it pinned to my wall.”

When a songwriting appointment arrived with three typed pages of titles, that one stuck. The storied Texan didn’t even think; he knew just where to reach to paint a picture of a love that endured, strained, bucked, faltered, and ultimately sustained. 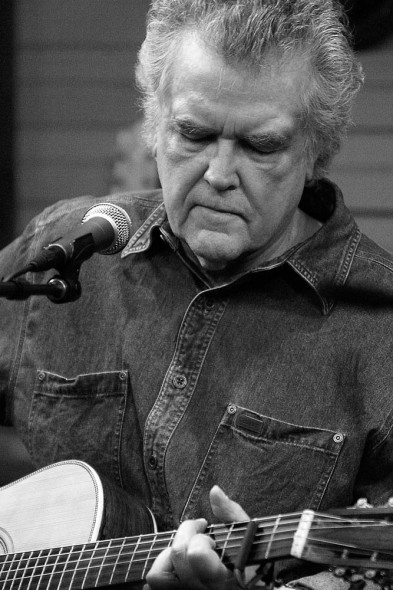 To say Clark is romantic might make him squirm, but he admits to believing “you should treat women decent.” His kind of decent is most people’s worshipful. Not that he’d call attention to that, either.

Clark prefers to focus on what’s missing, believing the essence is what’s unsaid, unplayed, unchosen. His lyrics are lean in extreme, bare statements that stack details, bristle with emotion, and reveal much about human nature.

“When it’s not so cluttered, or studied, or obtuse, it can just communicate. That’s the deal: the fine line that leaves room for the listener and not be preachy. It’s like great guitar players—it’s not the hot licks but the holes they leave that draw you in.”

Guy Clark performing “My Favorite Picture of You”:

Few people can turn a scene like Clark, whose early reputation was built with detail-driven sketches that became homages to “Homegrown Tomatoes,” an old man’s friendship with a young boy “Desperados Waiting For A Train,” or the Boy Scout Jamboree broken-tipped “Randall Knife” that his father had carried in the Second World War.

On My Favorite Picture of You, the shown-not-told lessons take an even deeper tone. Never one to proclaim his politics, Clark conjured a tug of conscience over some easily overlooked denizens of humanity: soldiers returning from the Middle East and illegals smuggled and swindled over their dream for a better life.

“Heroes” is a haunted picture of the men broken in ways that can’t be seen, struggling to fit into a world they’re too shattered for, while “El Coyote” tells the tale of Mexican laborers dying, trying to get into America to send money home.  Emerging from conversations with co-writers, each burned inside Clark to be told. 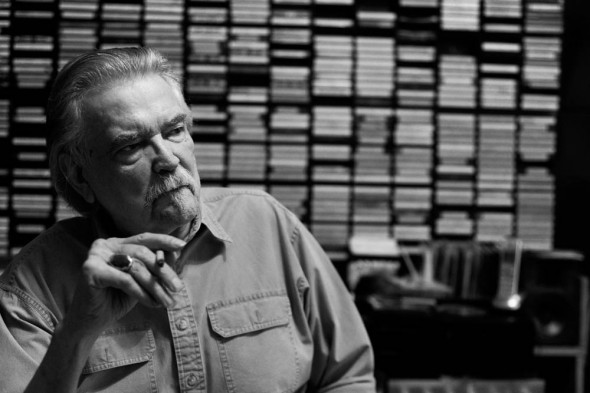 “Just painting the picture shows it’s not right; that’s what it comes down to,” he says brusquely. “We’d all just read or heard on television that more young men are coming back from the war who’re killing themselves. They can’t live with what they saw or did, and we don’t help them.

“It’s not political: it’s human. Man’s inhumanity to man leads you to get a pistol and blow your brains out. Or ‘El Coyote,’ where all they wanna do is cross the border to pick fruit, send the money back to their family . . . only they die of the conditions before they ever get here.

“That really got me, man. Man’s inhumanity to man, to himself! I’m not coming down on either side, I’m just painting a picture—and letting the listener decide.”

While his points are strong, he’s not crusading to save anyone. Some things require addressing, plain and simple. “I’ve gotten so disappointed with the human race, and I don’t know what to do about it. I’m not out to solve anyone’s problems but my own.

People sometimes send me letters, how I saved their life. Hey, I’m just trying to save my own! Don’t put that responsibility on me.

That gravitas pervades everything Clark does. Having battled lung cancer, he looks like the hero of an old Western with his heart-shaped soul patch and swept-back hair. That chiseled granite set to his face can now be found in his voice, gravelly yet warm, musky but resolute. It echoes on everything on this new record, resonates when he speaks. 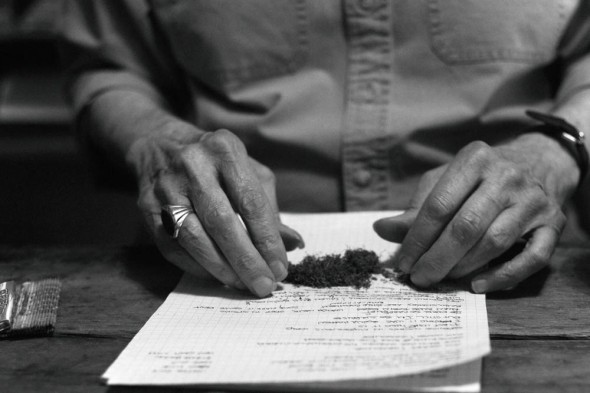 Like low thunder, he continues, “There’s nothing I can do for you; I’ve already done it. By writing that song . . . and you got it. Beyond that, it’s up to you. Make me responsible? ‘Just wait! I’ll write another one; I’ll save your life again tomorrow’? That’s too much. But maybe I can save myself.”

Maybe he can, and maybe in saving himself, he can take us along. After all, it’s the holes he leaves that, to borrow from Leonard Cohen, let the light—and us, the greedy listeners—in.

My Favorite Picture of You is set for a July 23 release on Dualtone Records and will be available at all local music stores. For more information visit www.guyclark.com.