The picture of eclectic casual, with her loose brown hair, flowing pink blouse and bohemian jewelry, Kathy Anderson looks very much the artist that she is. As the principal interior designer and founder of Anderson Design Studio, she is the first to say that her firm is the “most forward-thinking in town.”

Interior design is an art form, she says. “It really is,” she stresses. “I don’t have one look that I put on my clients. That would make it easier. I always say I make this as hard as possible. Because, to me, if you are really doing this right, you are not always doing it the same all of the time.” 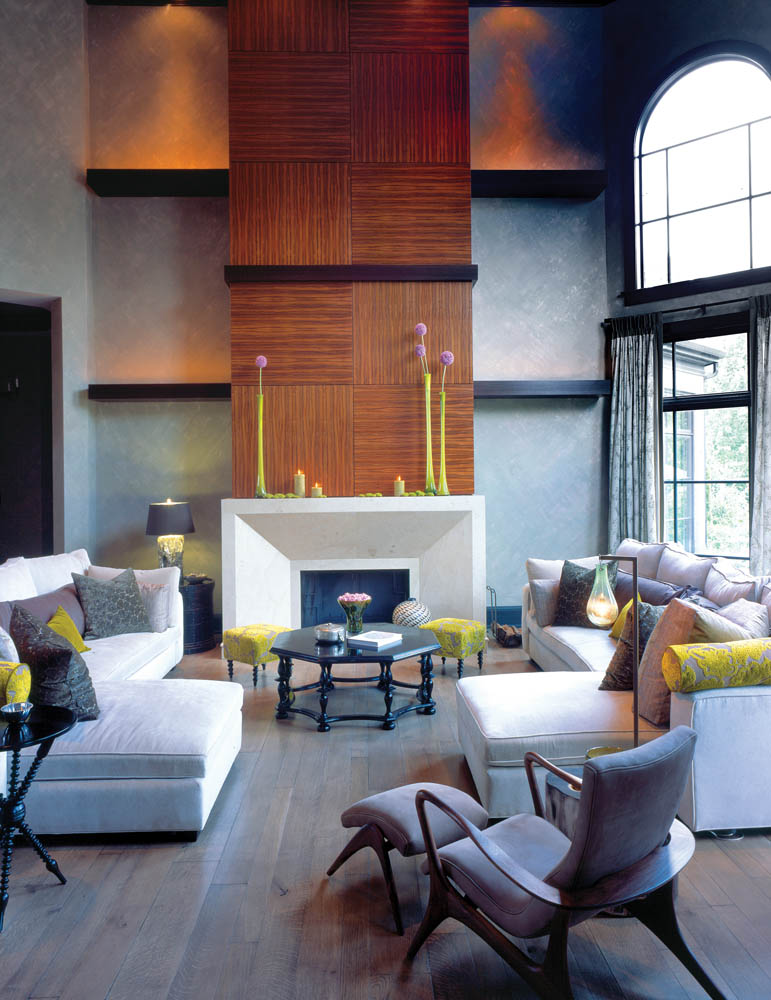 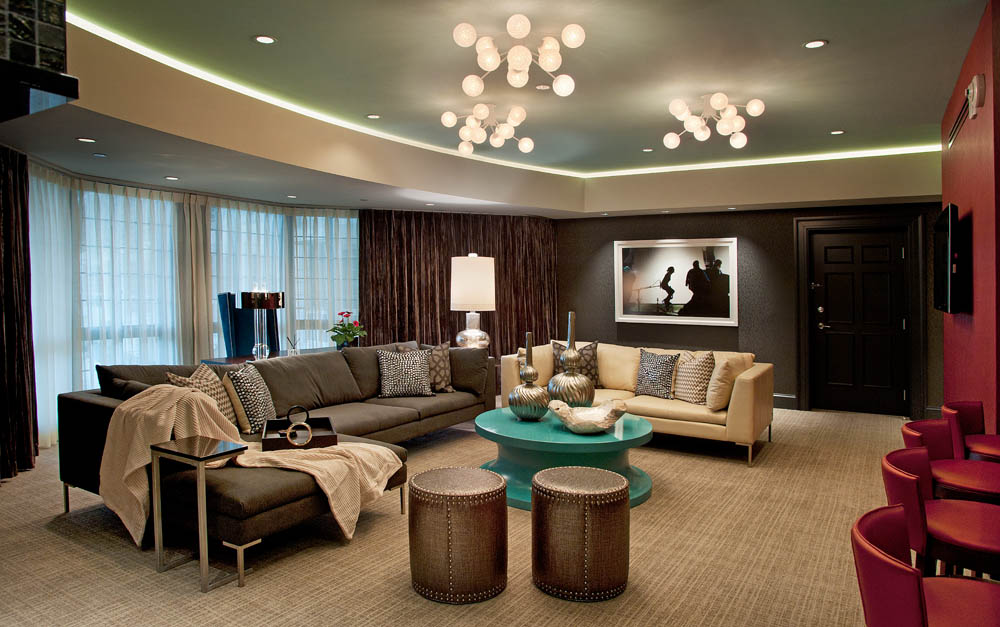 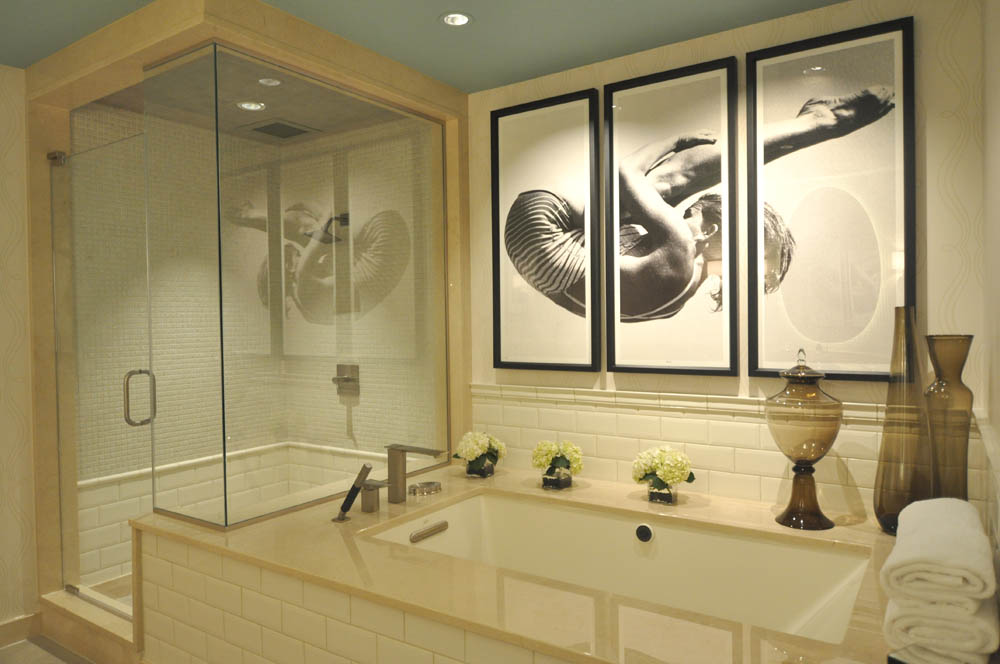 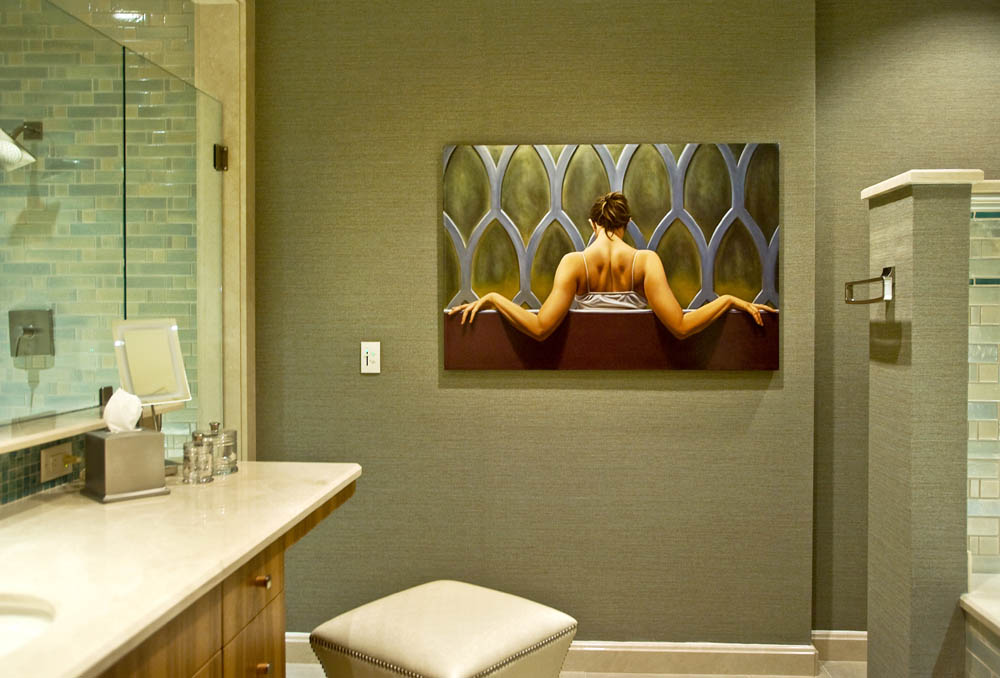 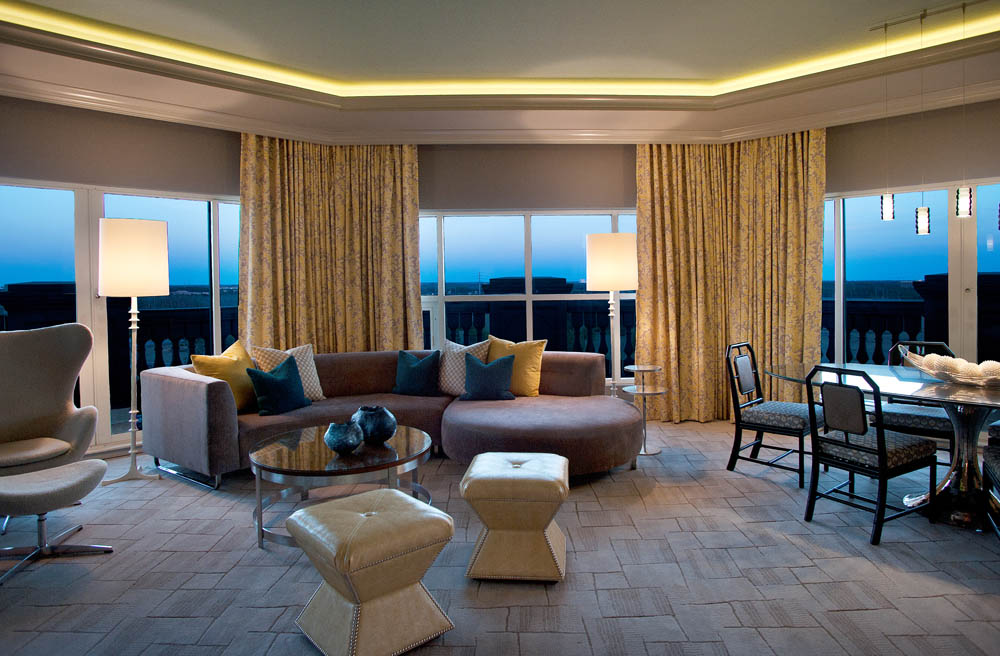 As she talks about design, Anderson is surrounded by it in her office. She sits in a Knoll Generation chair, its futuristic lines creating a cool juxtaposition against the exposed brick wall. There is an Andy Warhol print of Marilyn Monroe above her desk. For guest seating, there are molded wood Eames chairs by Knoll.

Anderson’s surroundings reflect her personal style, which she describes as “Mid-century Modern meets glam hippie.” As further illustration, she says she has in her home a portrait of Jimi Hendrix made out of license plates and the Womb Chair that was created in 1948 by Finnish designer Eero Saarinen.

After twenty-five years of operating her own firm, Anderson says, firmly, that she knows what design is and what it isn’t. “It isn’t just ordering furniture for a room and painting it,” she says. “It’s really every little thing—floor, base, wall, trim, hardware. All of it is important.”

Anderson’s approach is drastic. She often changes the architecture of the interiors, gutting entire rooms to create a blank canvas from which to begin anew.

I love working with artists,” Anderson says. “We’re so fortunate in this area to have incredible, creative people. A lot of times we do custom carpet, custom glass, custom metal work and really bring the artists into the architecture of the space. 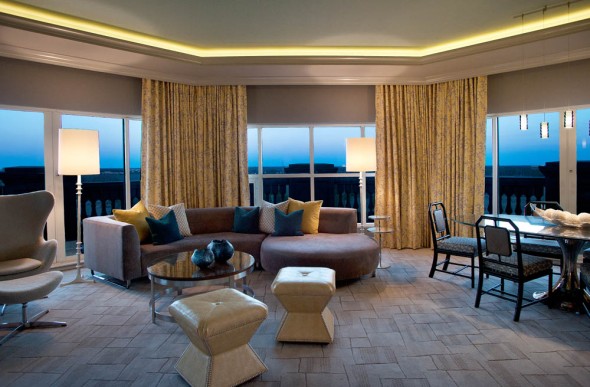 A flip through the Anderson Design Studio portfolio reveals how the design goes beyond the purely ornamental. There are common threads, such as strong lines, whether they are flowing and organic or horizontal and crisp.

Then there is the lighting—every room is sprinkled with or anchored by some unusual fixture—that takes the concept of ambience to a higher plane. “I think lighting’s the most important part of design,” Anderson says. “You have to have the lighting right. It’s more important than expensive finishes.”

The lighting choice depends on the project, but, regardless, Anderson opts for unusual. “There’s so much great lighting, so why not do something different that people haven’t seen rather than the same thing?” she asks. She loves the Italian lighting company Foscarini. “We’ve used several of their selections,” she says. “In some of the suites in the Gaylord Opryland, I think we used some of my favorite fixtures.” 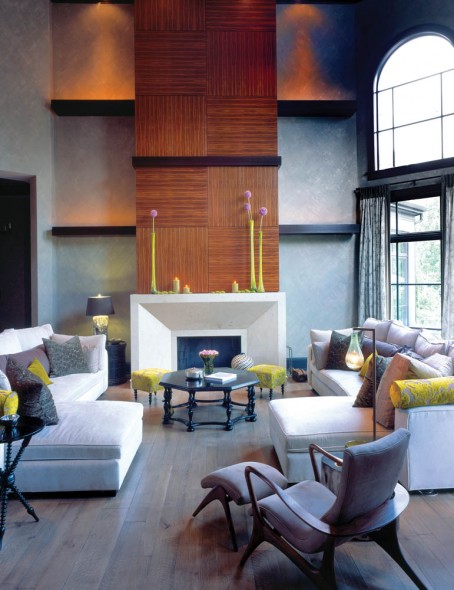 Born in Kentucky, Anderson attended O’More College of Design in Franklin, Tennessee, for two years and then transferred to the University of California, Los Angeles. “It was a quite different experience, going from traditional wing chairs to never heard of a wing chair,” she said of the transition.

After college, Anderson first worked at a firm owned by a Chinese and a Japanese woman, Fong and Miyagawa Design Associates, Inc. This gave Anderson a “world view.” She preserves that mindset. “I look at design from the world view,” she says. “I’m more influenced by what’s happening in Barcelona or other countries than here.”

Anderson’s firm brings that integrated flair to the homes of many Nashville celebrities. Her client list is a who’s who of Nashville’s movers and shakers, including Kid Rock, country music singer-songwriter Alan Jackson, music producer Tony Brown, and rock legend Steve Winwood.