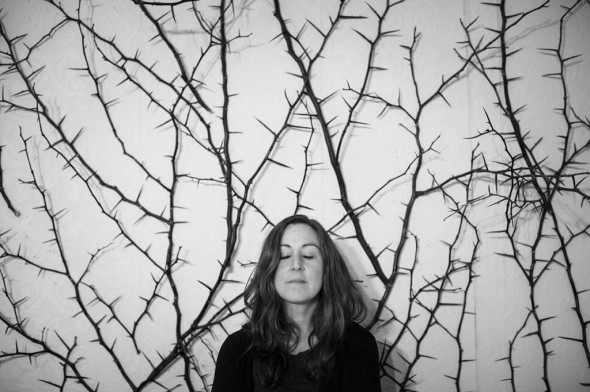 Scenes from a Room

Atlanta artist Dorothy O’Connor turns her dreams into reality by creating life-size installations that also allow the audience to step inside her mind to develop their own interpretations of her imagination. She has an ongoing series called Scenes that centers around transforming spaces, often a room, into magical landscapes that utilize everyday objects, especially books, and nature to create a conceptual autobiography. Her impressive installation called Ceiling of Black Birds will be on display, along with her photographs of past installations, at Tinney Contemporary Gallery, opening December 7.

“Scenes started out as a photography project,” says O’Connor, 43, who had a residency at the Cheekwood Botanical Gardens and Museum of Art earlier this year. “I have a studio in the back of my house where I build fantastical sets that I can walk into as if it was a different world. 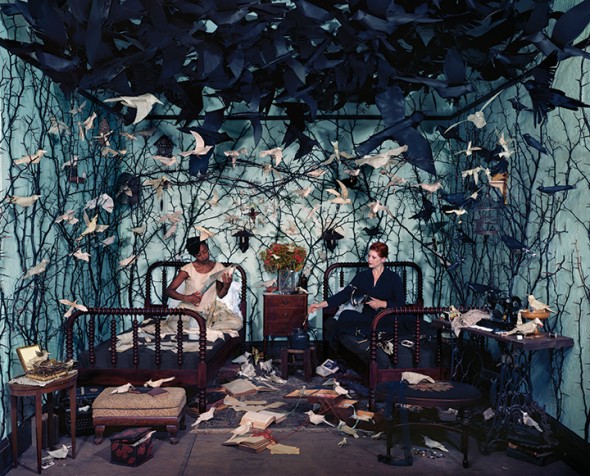 “A lot of them start as dreams,” she says, noting that Ceiling of Black Birds was originally titled Don’t Forget Your Funeral. “I remember at the end of a dream that somebody turned around and said, ‘Don’t forget your funeral,’ and I woke up like a slap in the face. That day I had the idea to build this scene.”

The ceiling is aflutter with handmade paper blackbirds, and the installation features two live models—one making birds out of pages and another painting the birds black and ostensibly placing them on the ceiling. The models sit on beds that were her grandparents’.

The wallpapered walls are covered in thorny vines. “A friend had a bunch of crazy trees in his pasture,” she explains. “They had really long thorns and he hated them, so I said I’d take them. He took them down, shucked them, and stained them.”

Books play a prominent role in her art. “I was an English major in college and books still mean a great deal to me. I like having them in scenes,” she says. Like books, her work takes on a different meaning to each viewer.

“When I open my studio door, it is a whole different world . . . an entirely different thing than a photograph.”

I wanted people to experience that the same way I do. There’s a lot of stuff to look at in each one and to talk about and experience. I like that people can have their own ideas about what things mean and what each scene means to them. It’s a shared experience with the audience.

“When I used to build them before, I would think about the end result being a photograph. Now that I open them as live installations, I try to think about more aspects—more of a 3-D thing instead of 2-D. I like to add sound and snow if I can, and I love movement. I think about how I can incorporate that to make it more of a scene from a play. The next one I build, I want to have movement in it so people can actually interact with it. I would love to have cranks so that people can turn them and see movement.”

Dorothy O’Connor is represented by Tinney Contemporary Gallery. Her exhibit, Scenes, opens on December 7 and will remain on view through January 11. For more information, visit
www.tinneycontemporary.com and www.dorothyoconnor.com. 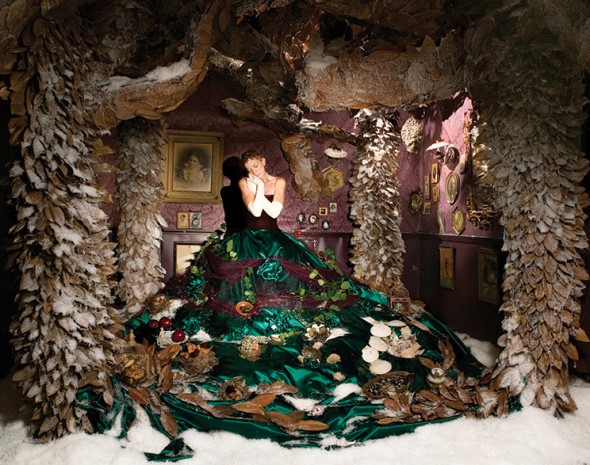