Words and photography by John Guider 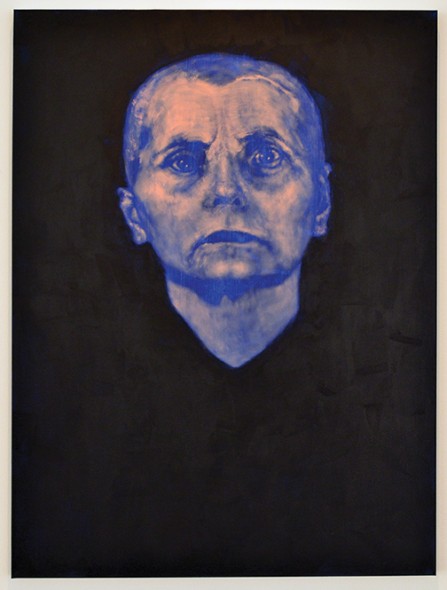 Vanderbilt’s E. Bronson Ingram Student Art Center’s gallery, Space 204, is presenting Index: Women of Auschwitz, the work of a very talented young artist who is at the advent of what will most likely be a very illustrious career. Hannah Stahl, a recent graduate of Vanderbilt University, was the recipient of the prestigious Hamblet Award given to the senior whose work as an artist is most deserving. The money, especially significant for a young student, is to be used to explore a place of interest and then simply return and present one’s findings in the form of an art show. Stahl chose to visit Europe, leaving with an open mind, not knowing what she was going to discover. Her detailed itinerary included well-mapped-out stays at the region’s most cherished centers of culture and beauty. She visited the historic sites and the grand museums looking for her influence. For seven long weeks Stahl visited places like the Uffizi in Florence, the great cathedrals of Rome, the haunts of Freud and Mozart looking for her muse. Ironically, it wasn’t until Stahl set foot in the stark and solemn grounds of the world’s most infamous concentration camps that she knew exactly what she was meant to do. 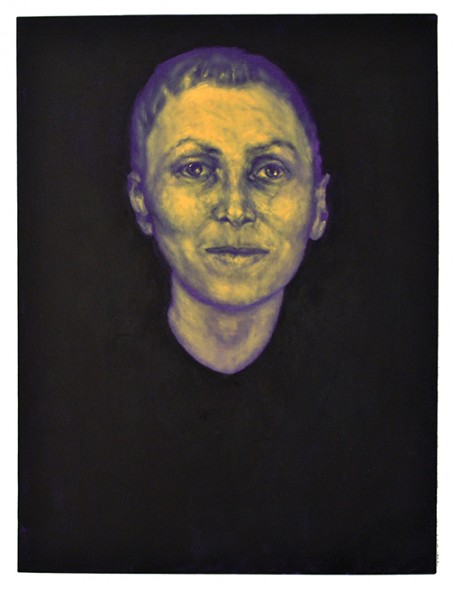 Within the grounds of Auschwitz, Sobibor, and Majdanek, photographs of many of the camps’ inhabitants were on display. The images were the last vestiges of many of the people lost in the Holocaust. As Stahl’s eyes locked on the eyes of the condemned, the images came to life. She saw their individual uniqueness, their humanity, and for the first time in her life she was able to see the prisoners as real and not some statistic of a tragic, historical account. Stahl made photographs of the photographs and then returned to Nashville, using the remainder of her grant money to retain a small studio at Marathon Village, painting and developing the work for her oeuvre.

The work presented illustrates Stahl’s transcendence into an artist of worth. The first painting on the left is a very stark portrait, well crafted, of a woman rendered in grays encased in a realistic rendering of the background, derivative of the photograph. Slowly the subsequent canvases change as Stahl finds her own voice, creating more personal and stylized contemporary views of the images she brought home with her. The backgrounds lose their texture, turning flat black. Now the faces are no longer frozen in front of the prison walls, but instead jump off the canvases demanding to be seen, as if to say, “Look at me. I am not a statistic. I am not a myth. I am a real human being!” Stahl then adds a differently vibrant, monochromatic color to each of the portraits to individualize her subjects even more. The images take on a holographic, three-dimensional feel, liberating her faces from the confines of the canvas and letting them fly to the waiting eyes of the viewer as the original photographs did to her so many months ago. 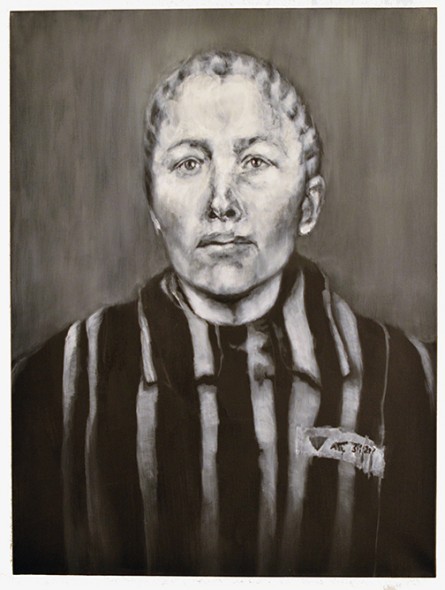 Her painting technique is non-traditional and effective. She paints the background in acrylic and then builds the faces of her subjects in oil. The acrylic dries faster, allowing the painting to move along. The oils are more malleable and easier to blend, and as the image builds, the softening of details brings the features into the realm of realism. Stahl sees metaphor in the process, with the acrylic substrate being the ground from which the painting is born.

For me, the paintings themselves pose as a resurrection of people long forgotten. Her haunting images help to illustrate that these people didn’t die for naught. Their memory and the message of their horrible fate live on. What I find so incredible in the images themselves are the expressions on many of the women’s faces. These violated women, their heads shaved, their bodies malnourished, are able to show dignity even in the face of death. Some even smiled. Others looked proud and defiant. They knew this was going to be the last picture ever made of them, and they were able to look their captors in the eye as if to say, you will never defeat us.

Stahl’s purpose is totally non-gratuitous. Many artists when they create think about the sale. Contemporary portraitists such as Warhol or Karsh went after celebrities and notables, knowing that their influence would carry back to them. Stahl’s work is purer and of higher purpose. She tackles a subject many would choose to ignore. She puts meaning above money, and in her celebration of the victims of one of the cruelest obscenities mankind has ever orchestrated, Stahl’s work embodies the meaning of what true art should be.

Visit www.hannahstahl.com for more information about Hannah Stahl. Index: Women of Auschwitz will be at Vanderbilt University’s Space 204 until February 7. For exhibit details visit www.vanderbilt.edu/arts. 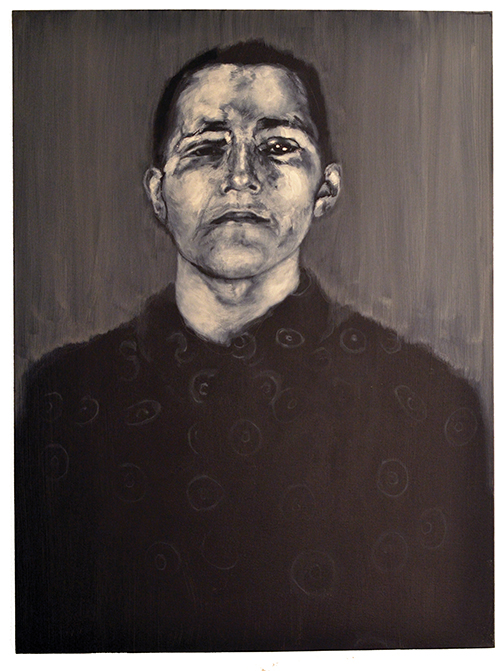 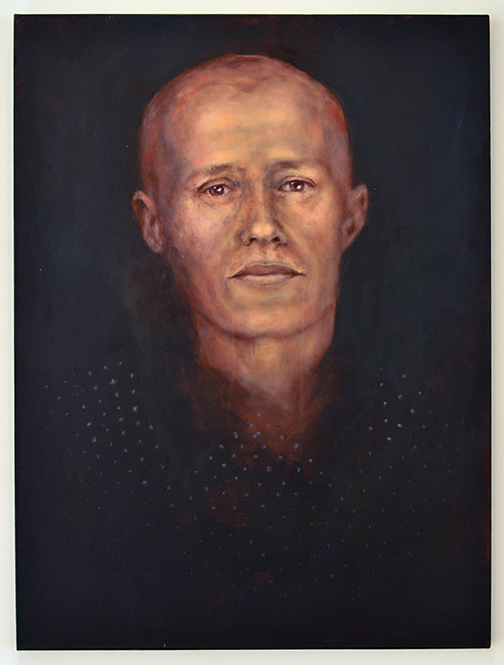 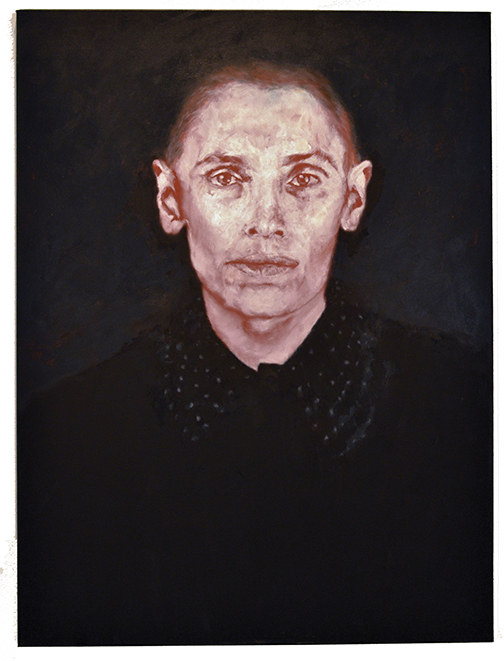