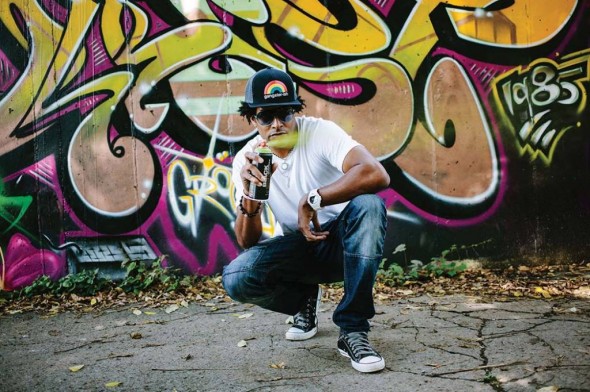 Troy Duff’s career recently came full circle when the graffiti artist started painting a building in his old 12South stomping grounds. It is a collaborative effort between him and restaurateur Miranda Whitcomb Pontes to discourage future defacement and bridge the gap between the past and present.

“There is a mutual respect among graffiti artists that you don’t paint over one another’s work,” explains Duff. “Still right from the beginning I thought, graffiti in 12South?”

While Nashville, as a whole, is becoming increasingly urban, spray paint is still overtly shunned by parts of the city. While Duff had laid claim on the Eastside with pieces at Barista Parlor and POP, he feared his work would cause more controversy on the other side of the river. 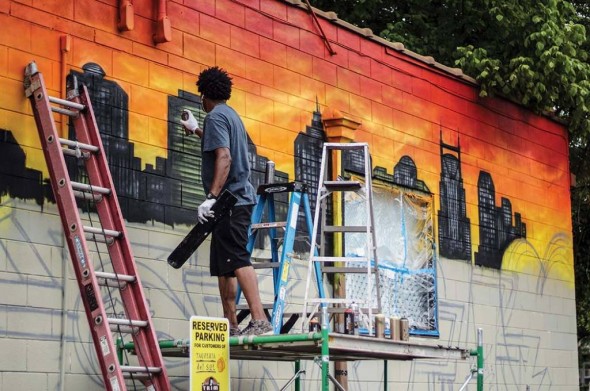 “I wanted to initiate a conversation of where we were as a community to where we are today,” explains Pontes, founder of The Frothy Monkey, Burger Up, and Josephine. After a vacant building was continuously tagged up across the street from Josephine, she daringly hired Duff to paint a full-scale mural. The mural diplomatically mingles street art with condominiums, boutiques, and cocktail lounges. It is Pontes’s way of paying respect to the neighborhood’s history and current renaissance.

Popularized in cities like Chicago, Los Angeles, and New York, street art caught the public by storm with political artists like Banksy and Pixnit. Duff is working on disassociating graffiti from vandalism, hoping to change the city’s tune.

He has battled the polarizing issue since his Belle Meade high school days in which he was first introduced to “tagging.” Duff fictionalized an alter ego and “began spraying on any and everything in sight.”

The minute Duff finished school he moved back to Los Angeles to pursue a modeling and acting career. In between iPod campaigns—in which he was the dreadlocked, dancing silhouette—and television roles, he founded his own fashion line, Duff Couture. For several years he collaborated with trendy West Coast boutiques and airbrushed clothing for a popular Japanese import line. Yet, in 2007, his sartorial career came to a close when his sister began battling breast cancer. He moved back home, married his high school sweetheart, and used the change of scenery to concentrate on his fine art. 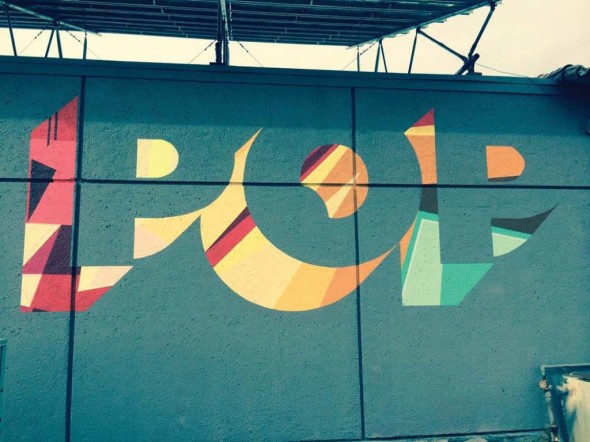 Mural at POP on Gallatin Road. Photograph by Troy Duff

Graffiti is said to be the ultimate code language, and the artist weaves the genre’s hard angles, geometric shapes, and shadowing into his fine art pieces. It is an abstract fusion of Venice Beach street art murals and 1960s Pop Art. Acrylic, mixed media, and spray paint straddle the line between graffiti and art gallery.

Gesturing towards a canvas he explains, “On this one I took a grease pencil to make some shapes. Other times, I’ll grab some spray paint to create flow and activity.”

The artist has most recently acquired visionary status by inviting corporations, city officials, and convention groups to view graffiti in a different light. Sherwin Williams, Dish Network, and even the Cool Springs Mall have hired him to demonstrate how the taboo art form comes to life.

Yet Duff truly wants to use his trigger finger to turn mundane objects into public art exhibits. From trashcans in Printer’s Alley to 12South’s mural, he wants passersby to be visually and intellectually stimulated. It is a goal he is determined to meet one wall at a time.

“Graffiti is a visual art that makes you step outside of the box,” Duff says. “You may not be able to read it right off the bat, but give it some time and all of the pieces will come together.” 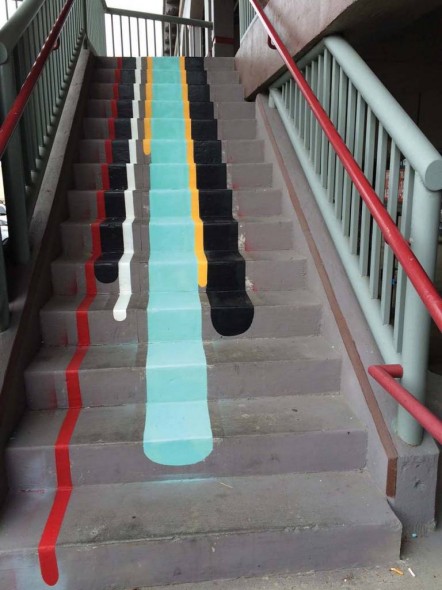