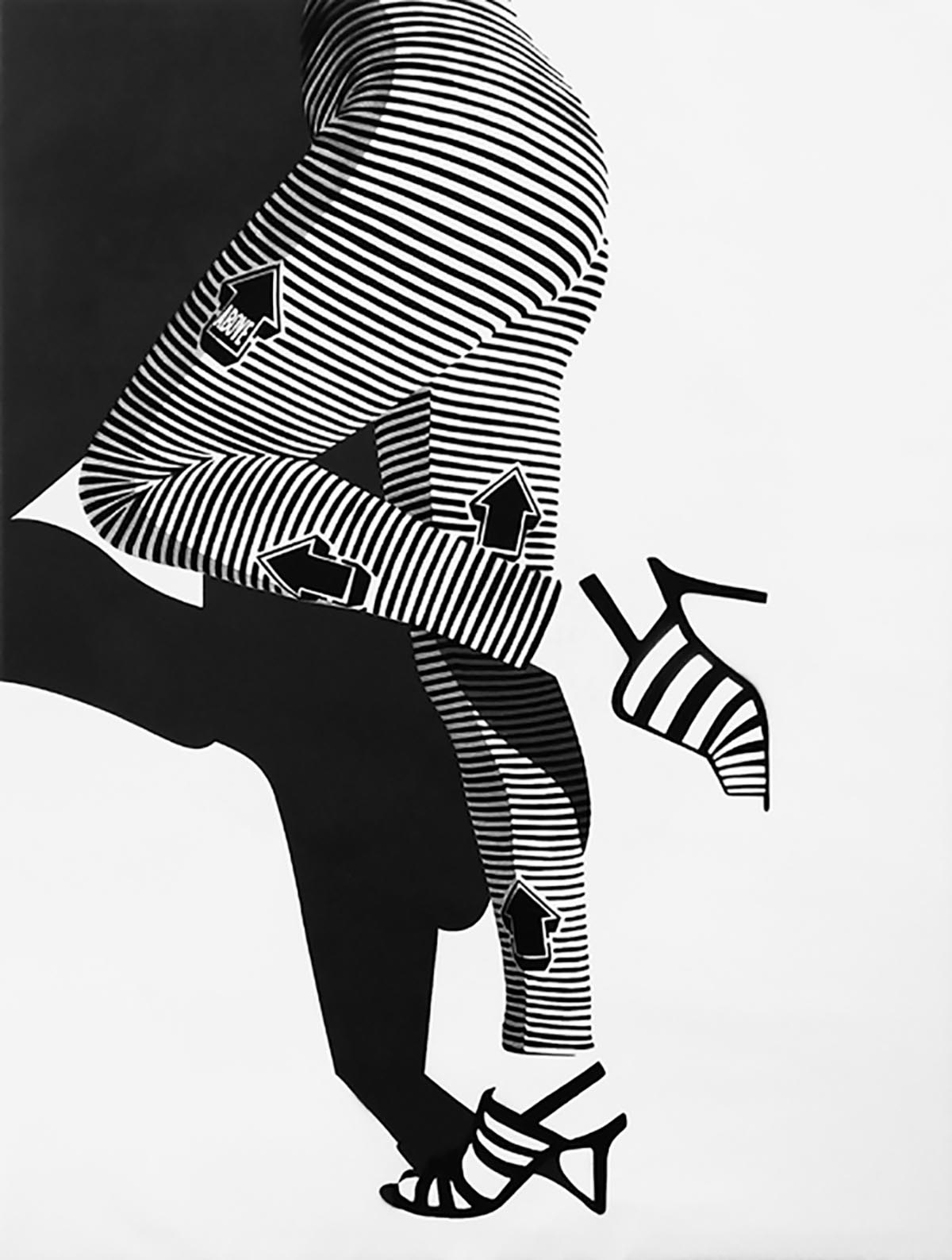 Each year Tinney Contemporary invites guest curators into the gallery to add to their already rich repertoire of exhibitions. This year, Tinney Contemporary owner Susan Tinney and director Sarah Wilson asked independent art consultants Brian Greif and his San Francisco-based partner Tova Lobatz. Once the duo decided to include twelve artists, they all agreed to divide the show into two parts. Wilson comments, “We couldn’t say no to the variety and quality of art these curators were bringing.” Brick to Canvas: A Survey of International Street Art, Part II provides an opportunity to see a prominent line-up of international artists whose work is usually concentrated in larger urban environments. 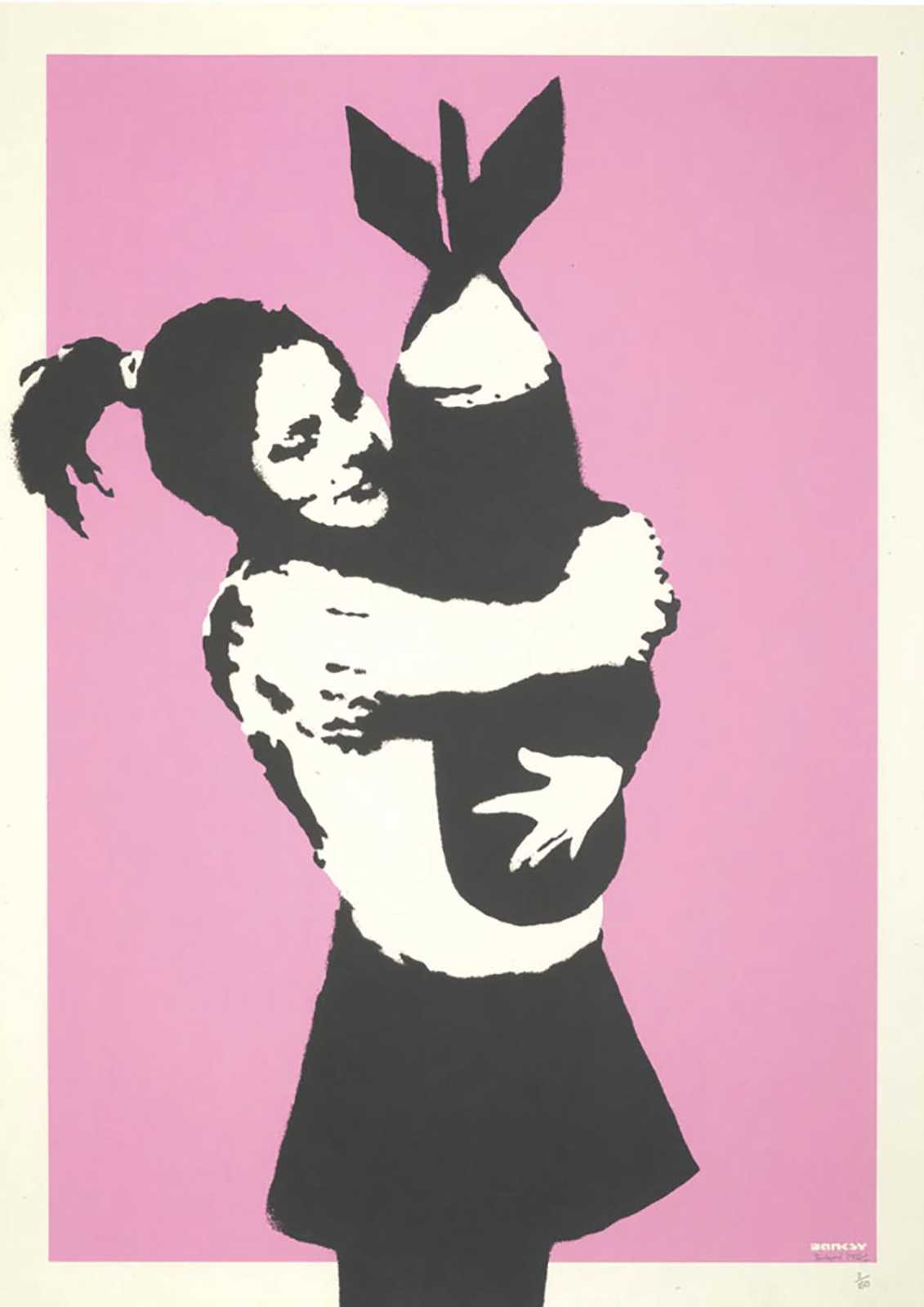 Lobatz and Greif consider this exhibition a “survey” because it demonstrates the breadth of urban contemporary style. The current show includes work by artists from England: Hush, Ben Eine, and Banksy; Germany: Above; South Africa: Faith47; and the United States: Logan Hicks and Swoon. The exhibition defies reductive expectations of the genre by highlighting the unique imagery and methods of disparate artists. Lobatz states, “I looked at curating the show in a sociological way . . . in how you introduce this art to a new market. I wanted to give a sampling of what is out there. Everyone I chose has a significance that relates to the background of the medium. Some are more rooted inthe traditions of graffiti, others in figurative works influenced by Renaissance style, while others pull from Pop-Art expressions. It’s a little bit of everything.”

Brick to Canvas comes just as street art has had an upswing in Nashville, in part because of the Nashville Walls Project. As founders of this mural program, Greif and Lobatz have been working directly with local and international artists to bring new creative expression to downtown. Large paintings by Niels “Shoe” Meulman, Herakut, Adele Renault, and Rone cover the corners and expanses of walls near 5th Avenue of the Arts. “A level of interest was here in Nashville, but the market here is being driven by the experience people are having with the work. It is refined gallery art, and people are attracted to the raw visceral aspects that are evident in the work done on the streets,” Wilson explains. The murals contextualize the gallery art and enrich Nashville’s experience with the whole movement, and engagement has risen as a result.” Greif notes that these crossovers from street to gallery affect the buying market, too. “People see not only the end result, but they see the skill and ability of these artists while huge murals are being produced on the street. If you own an original Herakut painting, you can reference it as, ‘the artists that did the dog mural on 6th Avenue by the Hermitage Hotel.’ That has power with buyers.”

The graffiti culture that developed in 1970s New York is the starting point of much of the materials, styles, and ideas street and urban contemporary artists incorporate today. As Ben Davis suggests in his essay in 9.5 Theses on Art and Class, “Graffiti began with the practice of getting your name across borders as a kind of rebellion.” It was the artistry of the oppressed who claimed space in their cities and trains by tagging them with their names in their own styles. While the originals developed reputations for subverting authority through vandalism, most street artists today seek legal space to create their work. The visual vocabulary of graffiti and common materials such as spray paint, thick marker pens, stencils, figures, and letters are essential elements of urban contemporary style. 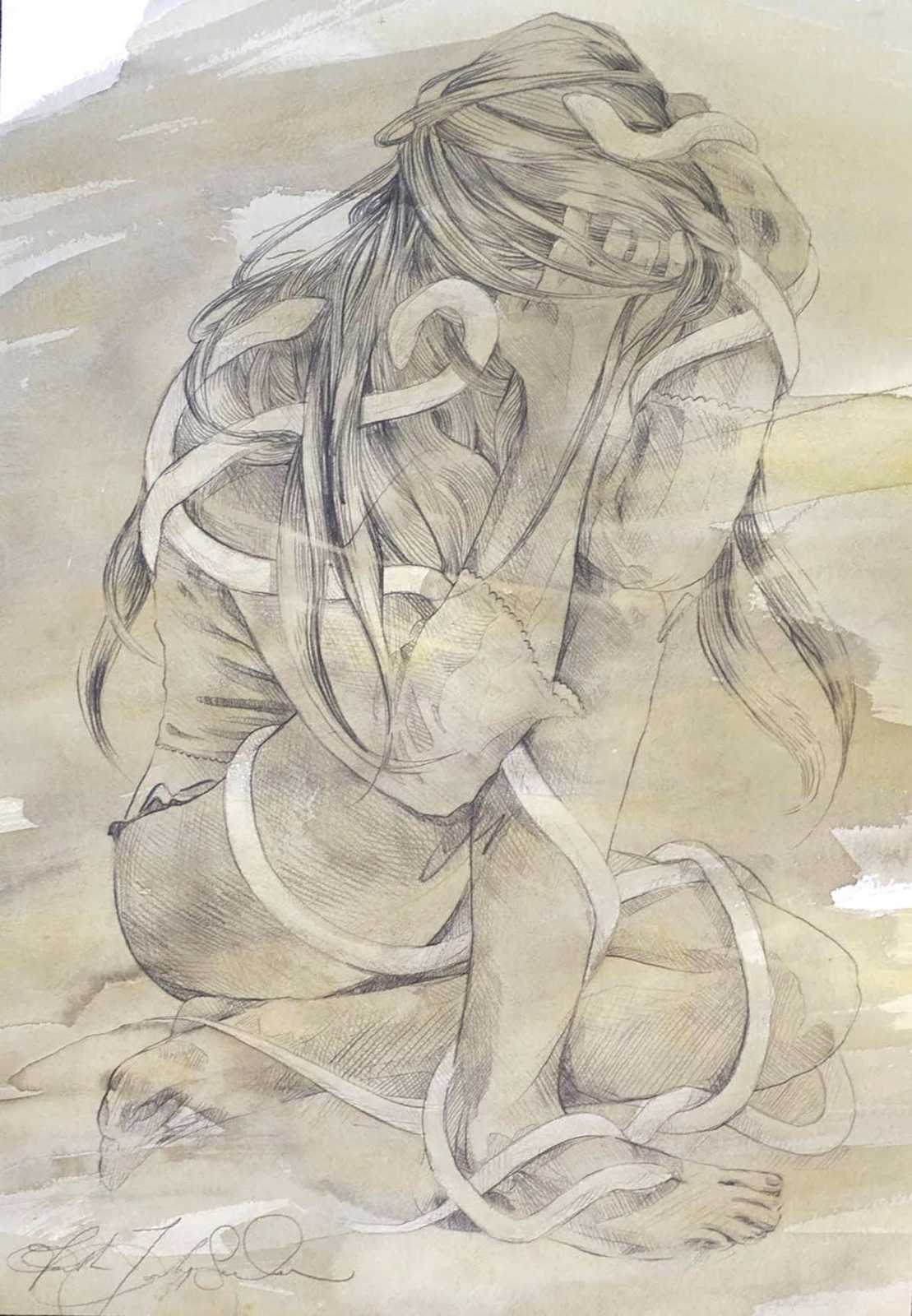 Ben Eine began making a name for himself on the walls of South London by making bold letters that stood out against those made by other graffiti artists. He has proliferated his pop-art-influenced bright color combinations and signature typography across the world from the streets of Paris and Stockholm to the White House when Prime Minister David Cameron gifted a canvas featuring the artist’s work to President Barack Obama in 2010. He’s an essential part of the street art and urban contemporary movements with bonds with the likes of Banksy, but he completely holds his own when it comes to style.

Freely drawn marks, drips made with spray paint combined with precise lines and stencils are signature elements of Hush’s figurative works. His traditional portrait-style compositions feature popular culture imagery of women inspired by manga, comic books, and geishas as a basis for his explorations of female empowerment and sexuality.

Arrows and bright colors are common elements graffiti artists use to make their names stand out. Urban contemporary artist Above plays with those visual elements to create his own signature. The combination of the flat composition of electric complementary colors and arrows repeatedly depicted on the surface creates a vibrant image that seems to shout, “Hey look, I’m Above.” 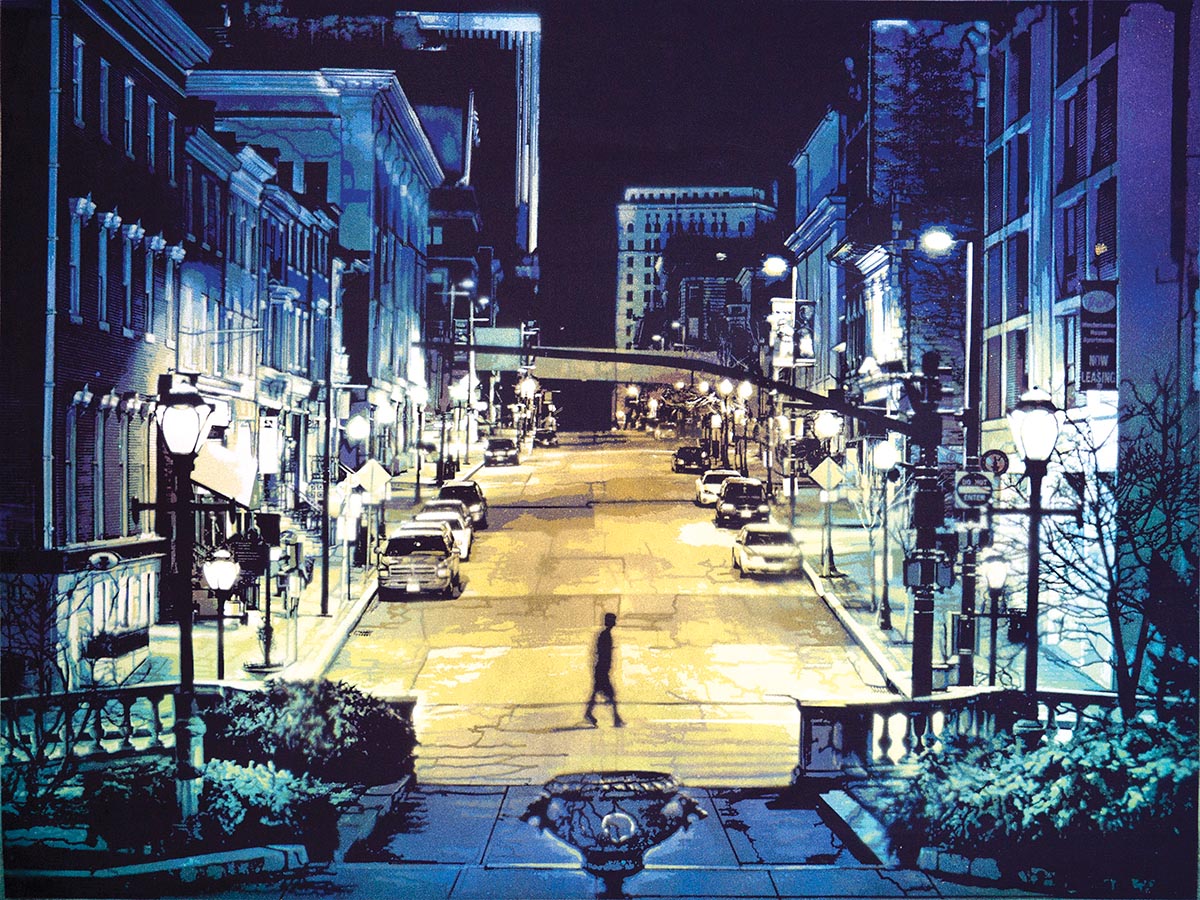 The influence of graffiti style is less evident with some artists. Logan Hicks photographs cityscape, which he cuts into stencils. Spray painted and layered with upwards of 40 stencils, his images appear photorealistic, as though he developed the work with paintbrushes on canvas. His highly accomplished street scenes speak to the talent and creativity it takes to be unique within the varied forms of urban contemporary art. 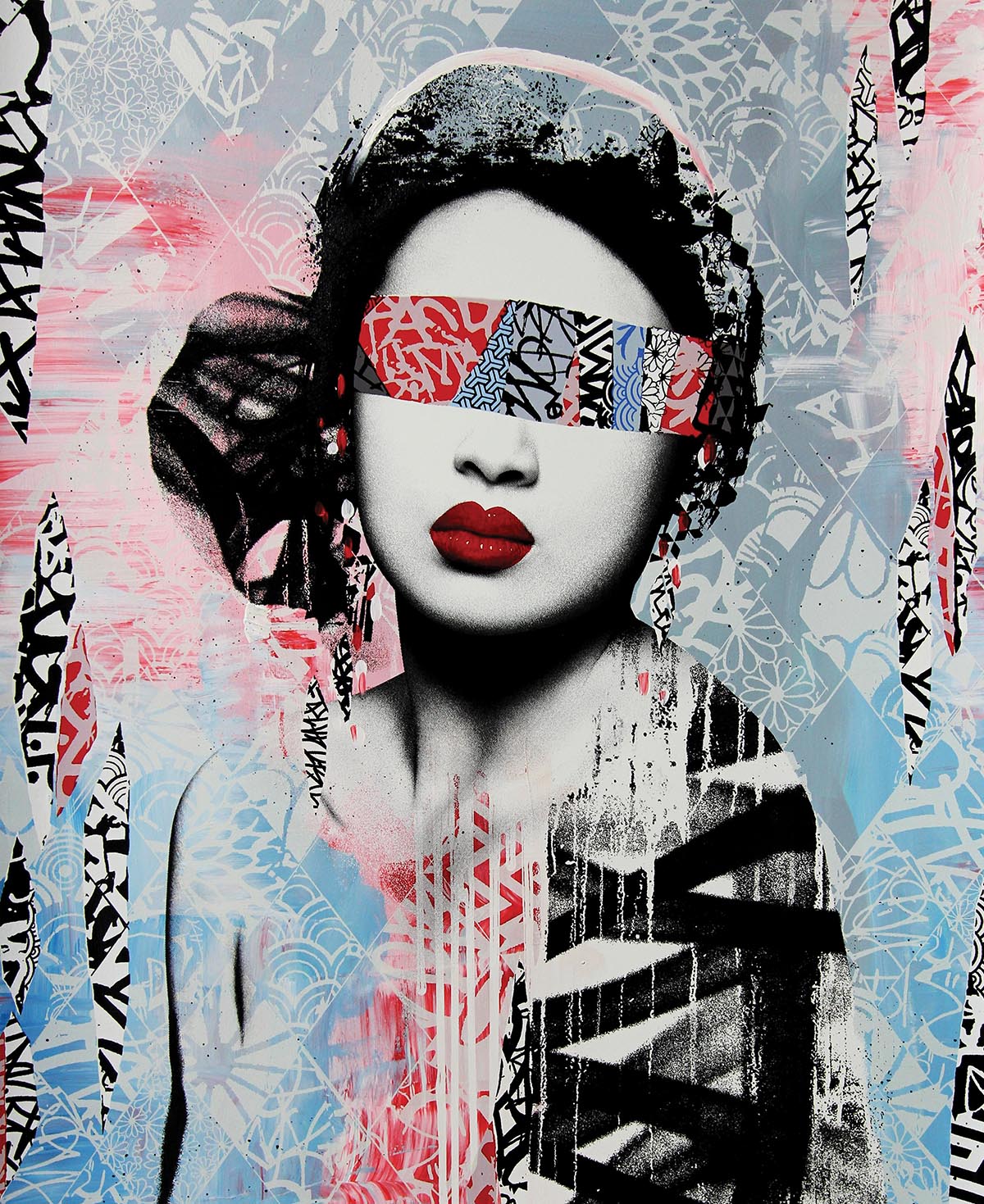 The international market for street art and urban contemporary is growing at a rapid pace. Greif keeps a close eye on the progress of each of these artists financially and creatively. Street artists rise to the top like most artists, through skill, demand, endorsement by galleries, museums, and art dealers. Greif attributes the increased interest to collectors at all levels: “I have clients who buy high-end contemporary art by artists like Calder, Donati, etc., that are now including “street art” in their collection because they recognize not only the beauty of what these artists do, but the historical significance. This is an important major art movement . . . I think if most collectors could turn back time to 1962 and buy an original Andy Warhol soup can from his first show, they would be very happy with the value and significance of that purchase. Buying the right street art now has the potential to be in front of the next great art movement.” 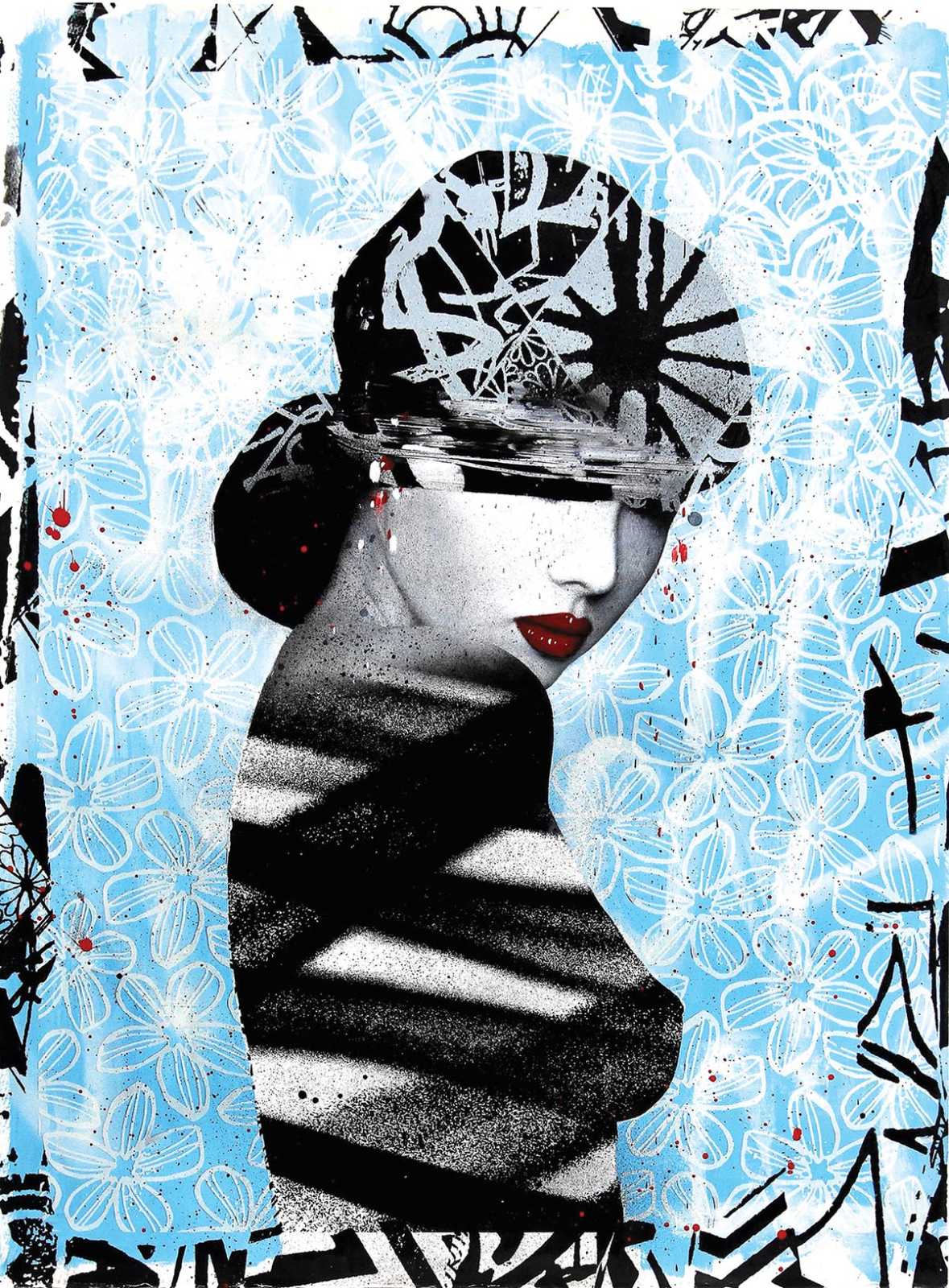 Brick to Canvas: A Survey of International Street Art, Part II offers a look at some of the world’s leading artists’ work in the urban contemporary genre. Lobatz says, “It has been a slower buying market, but people are taking their time to enjoy, and having these shows up for several months, and the mural programs, have made an impact.” The successful educational and buying opportunity Greif and Lobatz have brought to Nashville is evident from Wilson’s statement, “People come into the gallery because they recognize the Banksy hanging on the wall. Then they enter and are amazed to see the variety of art and styles by other street artists.”