When it comes to painting, twin brothers Jerry and Terry Lynn are perfectly in sync. Both boasting artistic accolades and stylistic mastery, they bring their individual and collaborative work to the forefront in a provocative exhibition at Tennessee Arts Commission Gallery through September 16. 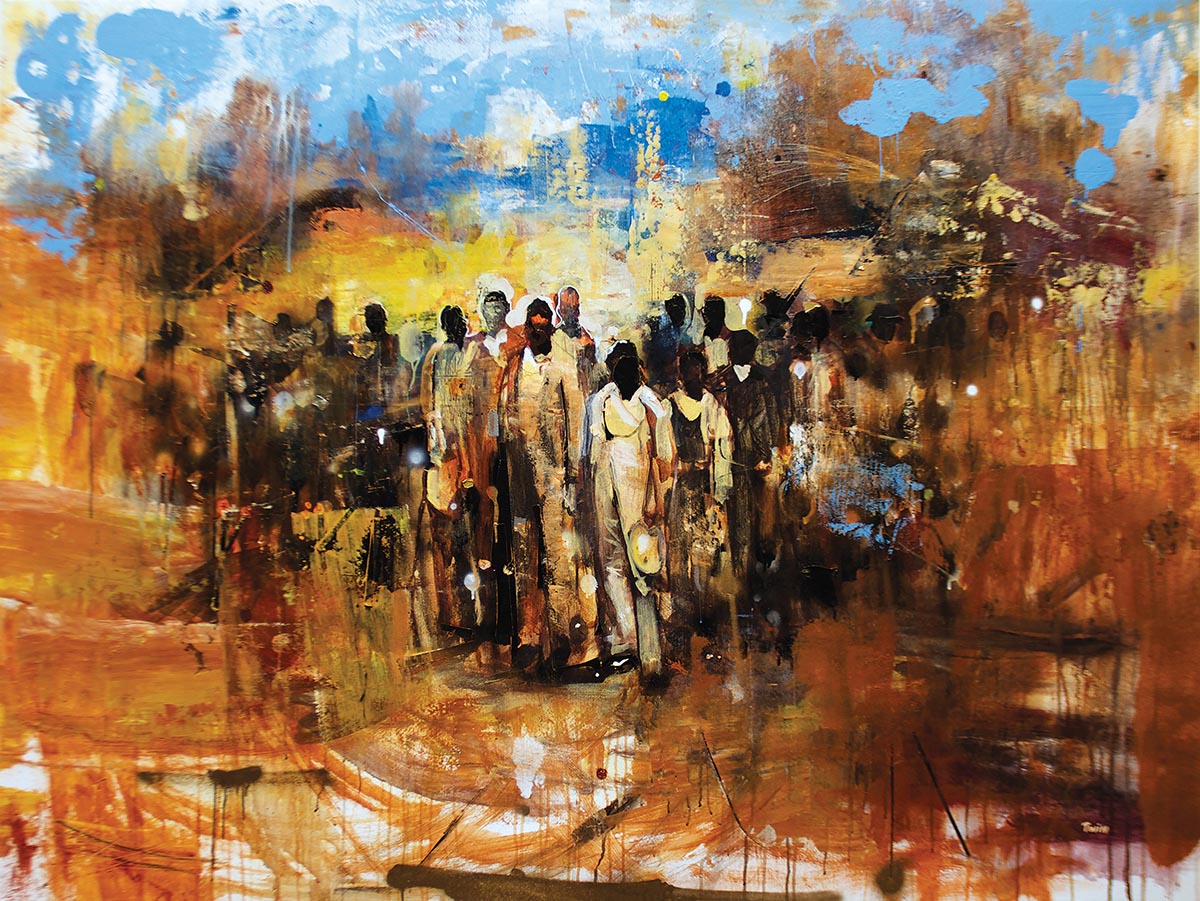 It’s a phenomenon in the art world that two individuals can collaborate simultaneously, so seamlessly that it becomes impossible to tell where one begins and ends on the canvas. With fluid brushstrokes and a rich color palette, the Lynn twins have mastered a style of their own. 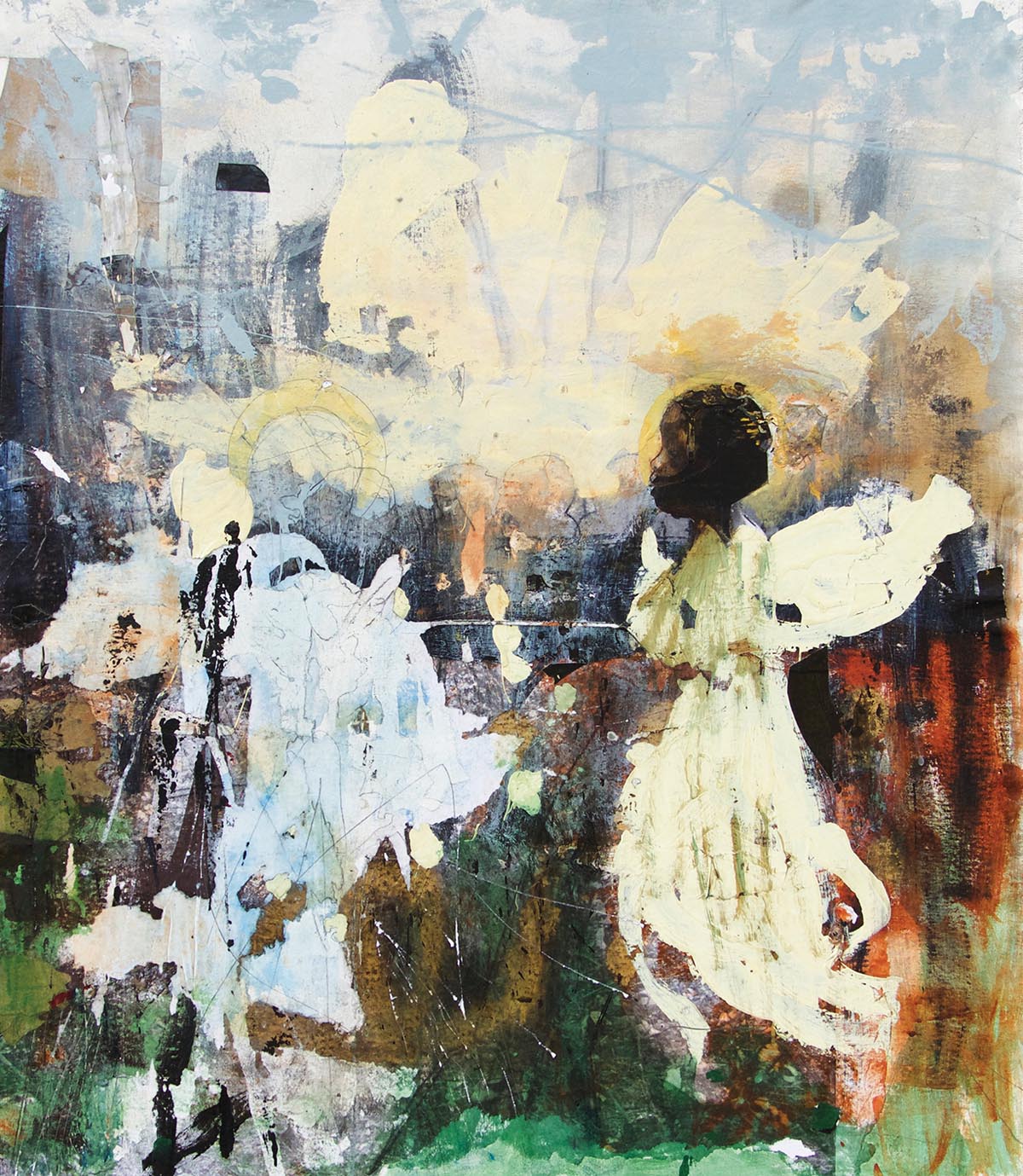 Their collaborative work began organically. It makes sense that twin boys growing up in a tight-knit family would often play together as children, and as they grew older that play transitioned into more serious endeavors. While students at the University of Memphis, Jerry and Terry took an art class where they were assigned a collaborative art assignment. It was a no-brainer that the twins would pair up for this, and the project “signified a fundamental change in our collaborative paintings,” according to Terry Lynn.

Jerry says that their work together has become a more rare occasion now that they have studios in other cities, and thus, “the collaborative art and time we spend working together is more special.” Whether working on an individual piece or a collaborative work, both brothers find inspiration from the same place: family. 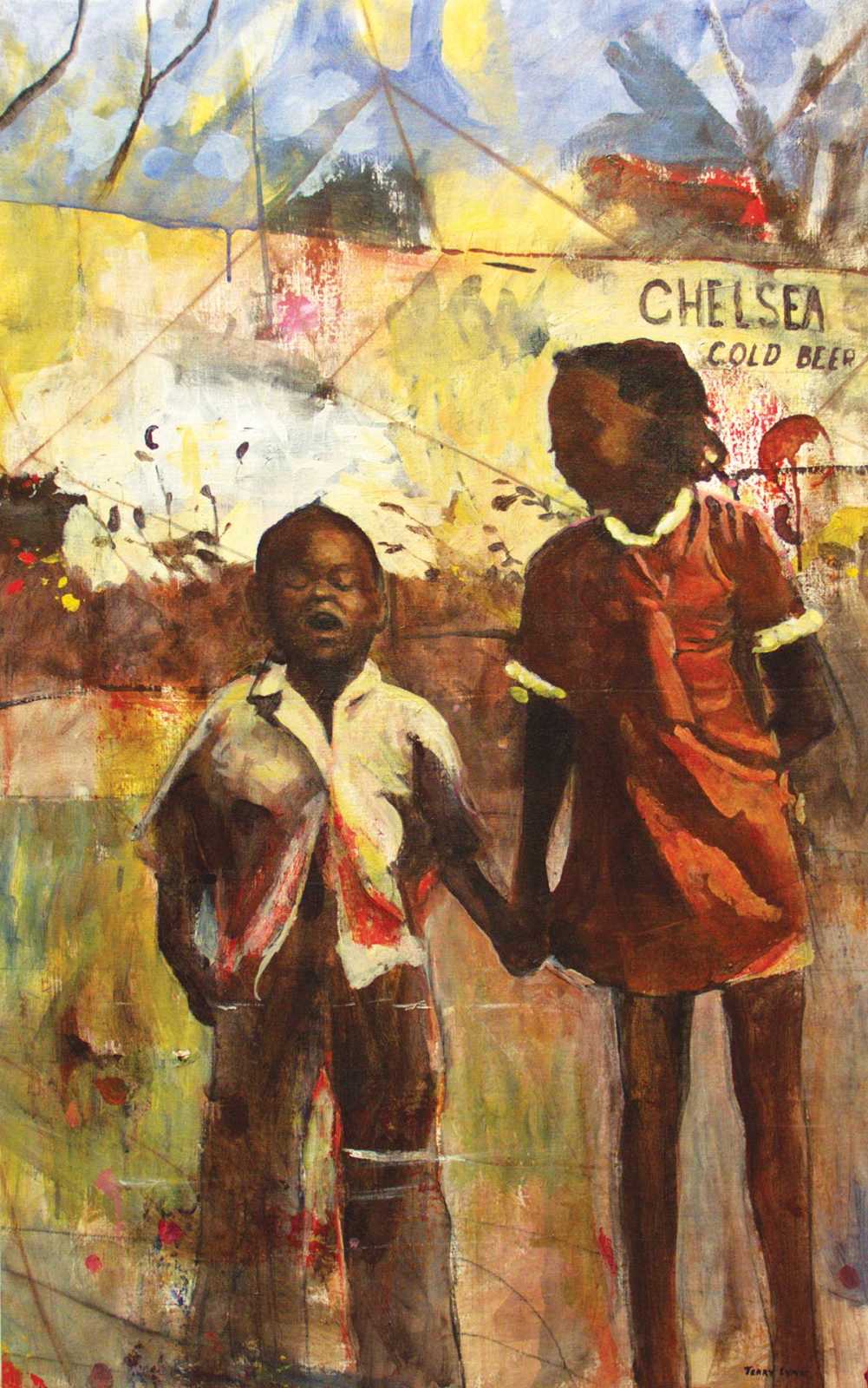 About their childhood, Terry Lynn recalls that they “grew up in the country in Arlington, Tennessee, surrounded by a historical neighborhood [and a] family filled with stories and experiences that have inspired our artwork.” From a young age, they were told stories of their ancestors, which gave them an appreciation for the work ethic and resourcefulness of their community. They were “surrounded by stories of men and women working to achieve the American dream.”

This upbringing plays out in the themes of the work and, more subtly, in their materials and techniques. “Using what you had on hand to make things was a tradition passed on from generations,” Terry Lynn says. “Our painting technique is connected to that tradition of using utilitarian materials in innovative ways.”

The Lynn brothers’ individual and collaborative work has a definitive style: themes from the past made modern with hip- hop urban influences. They are storytelling pieces—landscapes of cotton fields, religious baptisms in the creek, nights of music and dancing, and family gatherings underneath Southern church steeples.

Contemporary techniques bring the historical narrative to the present. The roaring twenties come to life in paintings like Terry Lynn’s Jazzed, with free-spirited strokes resembling modern graffiti. Brother’s Keeper, a TWIN collaboration, offers a stylistically similar approach to a family gathering, drips and scratches of burnt orange texture balanced by the hope of a bright sky. A sentimental piece, Bricks by Terry Lynn, depicts the twins’ granddad: bold blue suit, hands clasped reverently, and lines of wisdom and humor on his face.

Their opportunity to create and share art with their community and viewers around the world has given the Lynn brothers a sense of gratitude and responsibility. Jerry Lynn says, “I feel extremely blessed and humbled with the idea that I wake up every day and create what’s in my heart and get to share it.” In regard to their community, the twins’ work doesn’t end with their art. Their artistic contribution is only the first step in effecting change in their West Tennessee home. 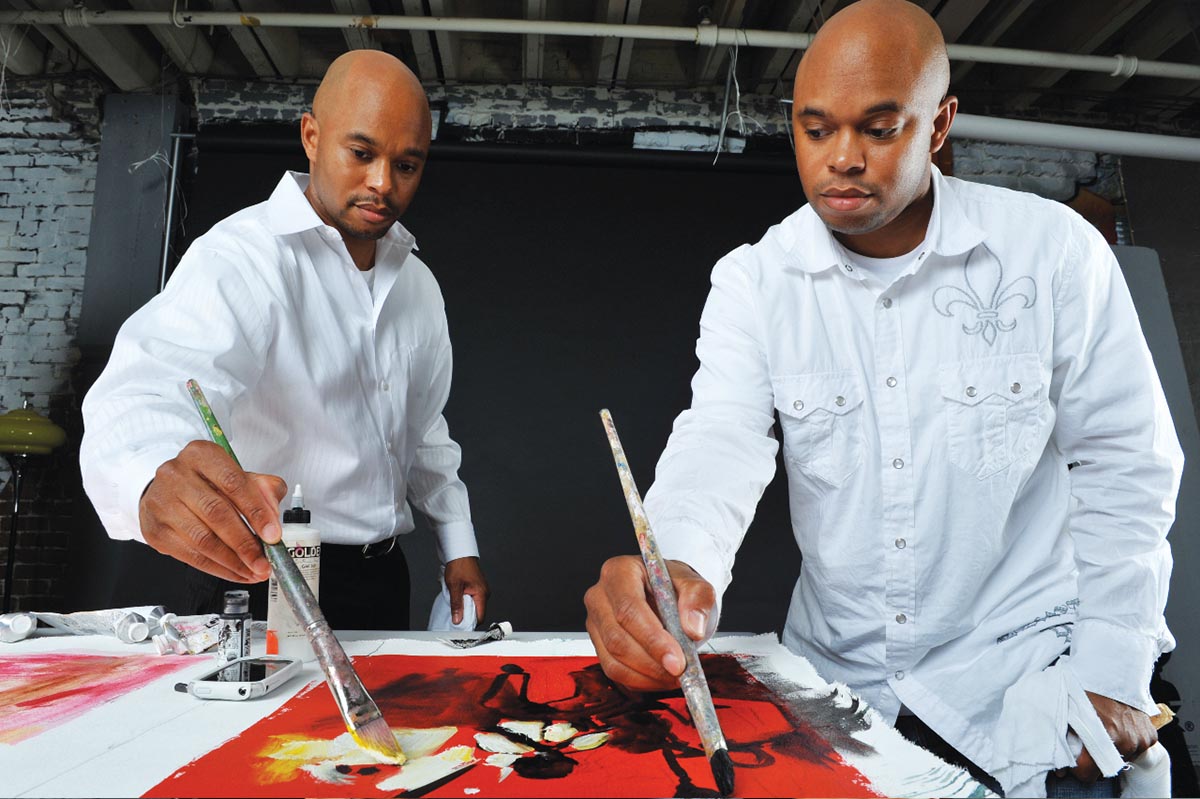 “I am working with individuals and organizations using art as a vehicle to create positive sustainable change in our communities,” Terry Lynn says. He is involved in a variety of projects: working on a film project to share the stories of young people in Memphis, creating an incubator space for art in a downtown Memphis warehouse, and tending a community garden to foster community engagement. “I hope viewers see our stories through the work—the stories of working together to create a better world.”

The Tennessee Arts Commission Gallery proudly presents individual and collaborative pieces by twins Jerry and Terry Lynn through September 16. The gallery, located in Downtown Nashville, is open from 8 a.m. to 4 p.m. Monday through Friday. For more information, visit www.tnartscommission.org and www.lynntwin.com.