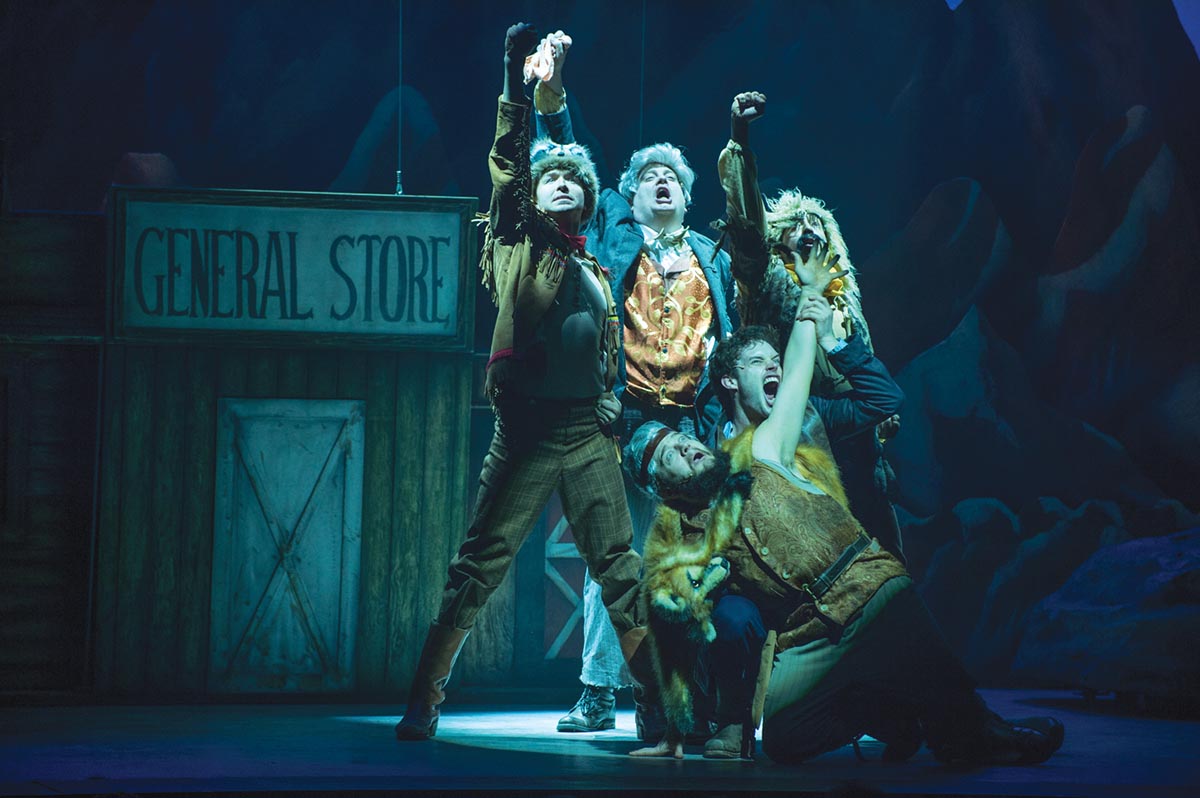 In 1874, a prospector named Alfred Packer reportedly killed and consumed his traveling companions during a winter expedition in the snowy Colorado mountains. This bizarre mountain man, who bore an eerie resemblance to contemporary maniac Charles Manson, eventually became something of an urban legend in the college towns of Colorado. In fact, the University of Colorado Boulder cafeteria was once called “The Alfred Packer Memorial Grill” where diners were invited to “Have a Friend for Lunch.”

One University of Colorado student who obsessed over Packer during the early 1990s was Trey Parker. A film student with a penchant for irreverence, Parker was already working with fellow student (and future partner) Matt Stone on a series of animations that would one day evolve into the celebrated Comedy Central show South Park. But the cannibal legend took priority. Parker wrote a movie script about those grisly events that included nearly a dozen campy songs written in the style of Rodgers and Hammerstein’s Oklahoma. The project morphed into Parker and Stone’s first film, titled (what else?) Cannibal! The Musical. Released in 1993, the film quickly became an underground cult classic.

“Nashvillians will find the Cyclops scene to be of particular interest. “Nashville is going to get a shout-out” 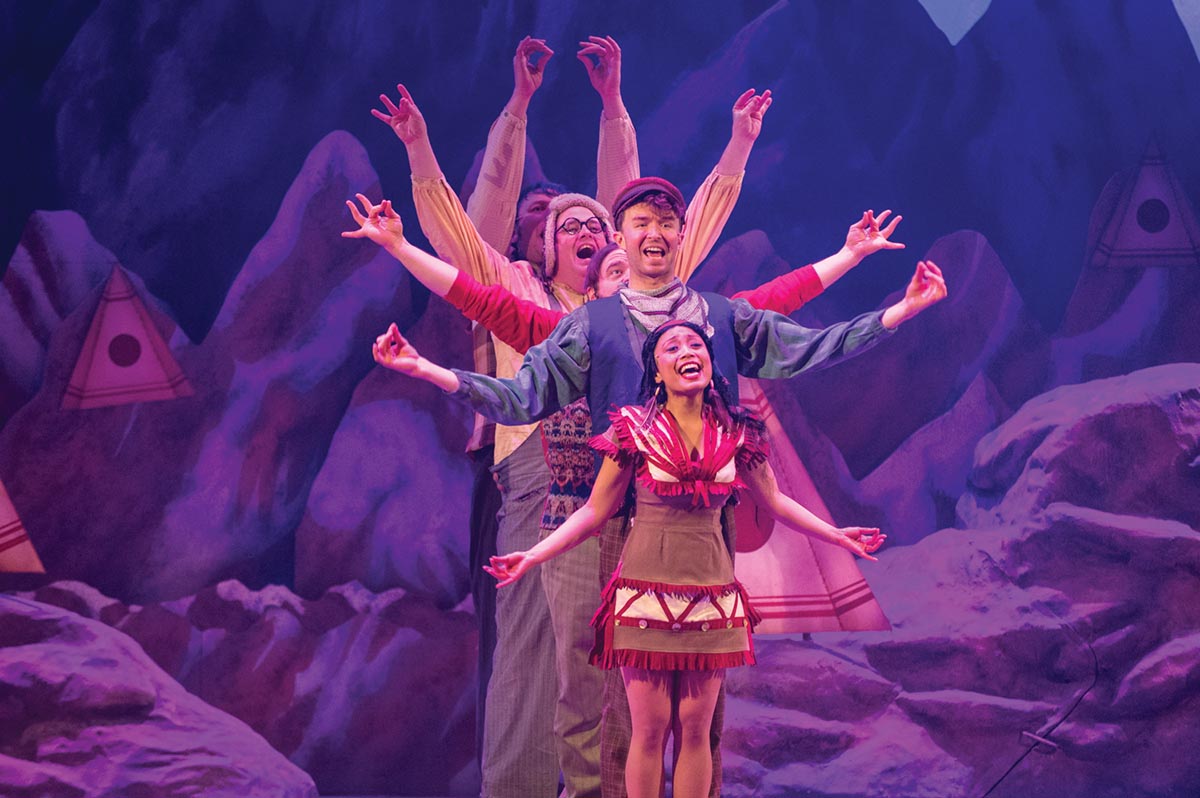 This month, Nashvillians will get the chance to, ahem, chew over an expanded version of Parker and Stone’s Opus 1 when the theatrical version of Cannibal! The Musical makes its debut at TPAC’s Polk Theater (March 24–26). Fans of South Park and Parker’s Tony Award-winning musical The Book of Mormon will no doubt find Cannibal to be a sonic feast.

The idea to turn Cannibal into a full-fledged stage production dates back more than a decade, after theatre director and composer Christopher Bond first saw the Parker-Stone film. Bond had already created his own show called Evil Dead The Musical, a Canadian rock production based on the cult movie classic. Not surprisingly, Bond decided to add Cannibal to his theatrical menu.

“I saw Cannibal and loved it, because it had the same silly irreverent feel as South Park,” says Bond, who spoke to Nashville Arts Magazine during a recent phone interview. “We initially reached out to Parker’s people, and they basically gave us the script and said, good luck.” 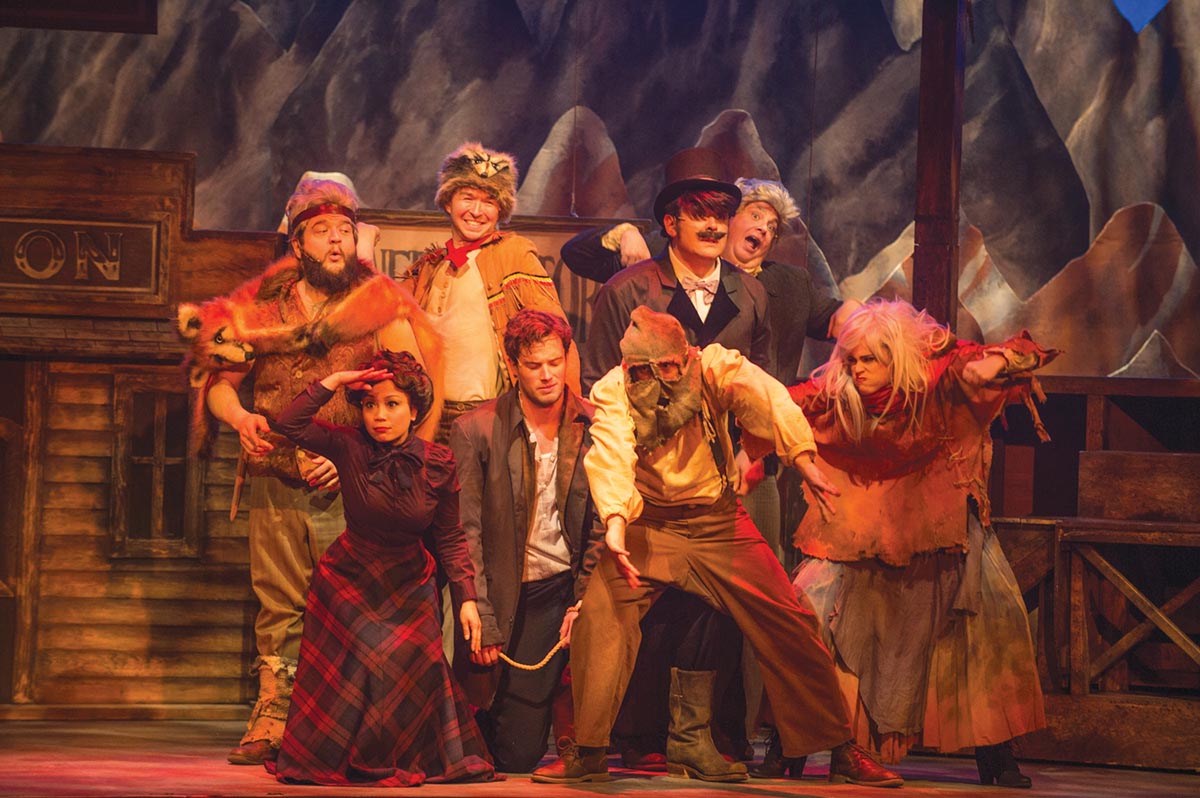 Bond and his team, writer Trevor Martin and composer Aaron Eyre, immediately faced problems. The film script, for one, was not developed enough to hold its own as a two-act stage musical. Worse, the film didn’t have enough music. So Bond approached Jason Hughes, the manager of Parker’s theatrical rights, for permission to add more scenes and songs.

“Parker’s camp immediately said no,” recalls Bond. “Their response was of course to say the script was perfect as is. But we persisted and talked them into letting us submit some new sample songs. Eventually, they really started getting into some of the new tunes.”

Bond’s expanded version of Cannibal kept all of the songs that appeared in the original film. The movie’s signature tune is “Shpadoinkle,” a campy parody of “Oh, What a Beautiful Morning,” in which Alfred Packer compares everything wonderful in the world to a baked potato. New songs include “Gentlemen of the West,” in which the prosecutor makes his case against Packer, and the not-so-subtle “Meat My Destiny.”

“The stage version has more songs, a bigger orchestra, basically more of everything,” says Bond. “The biggest difference you’ll see between the film and the musical is that now everybody is singing.”

Cannibal! The Musical made its stage debut at David Mirvish’s Panasonic Theatre in Toronto in 2015. The show proved to be an immediate hit and has been touring ever since. Surely, a big part of Cannibal’s appeal is due to the way Parker and Bond have portrayed the show’s protagonist. In Cannibal, Packer is no bone-gnawing madman. Instead, we find a character who reminds one of Kenny, the sweetly innocent but unfortunate child from South Park who means well but always ends up being in the wrong place at the wrong time.

Similarly, in his stage incarnation, Alfred Packer turns out to be a sentimental young man who is in love with his horse, a somewhat-less-than-loyal animal that Trey Parker named after his former girlfriend Lianne. Packer unwittingly agrees to lead a team of five prospectors to Breckenridge in the Colorado Territory during the dead of winter. Along the way, they are harassed by a trio of ridiculous French trappers. And they briefly find sanctuary with a Native-American tribe, who in Trey Parker’s madcap world happen to be a band of Japanese Samurai. Eventually, Packer and his companions get lost in the snowy mountains. Before they know it, they surrender to starvation and madness. 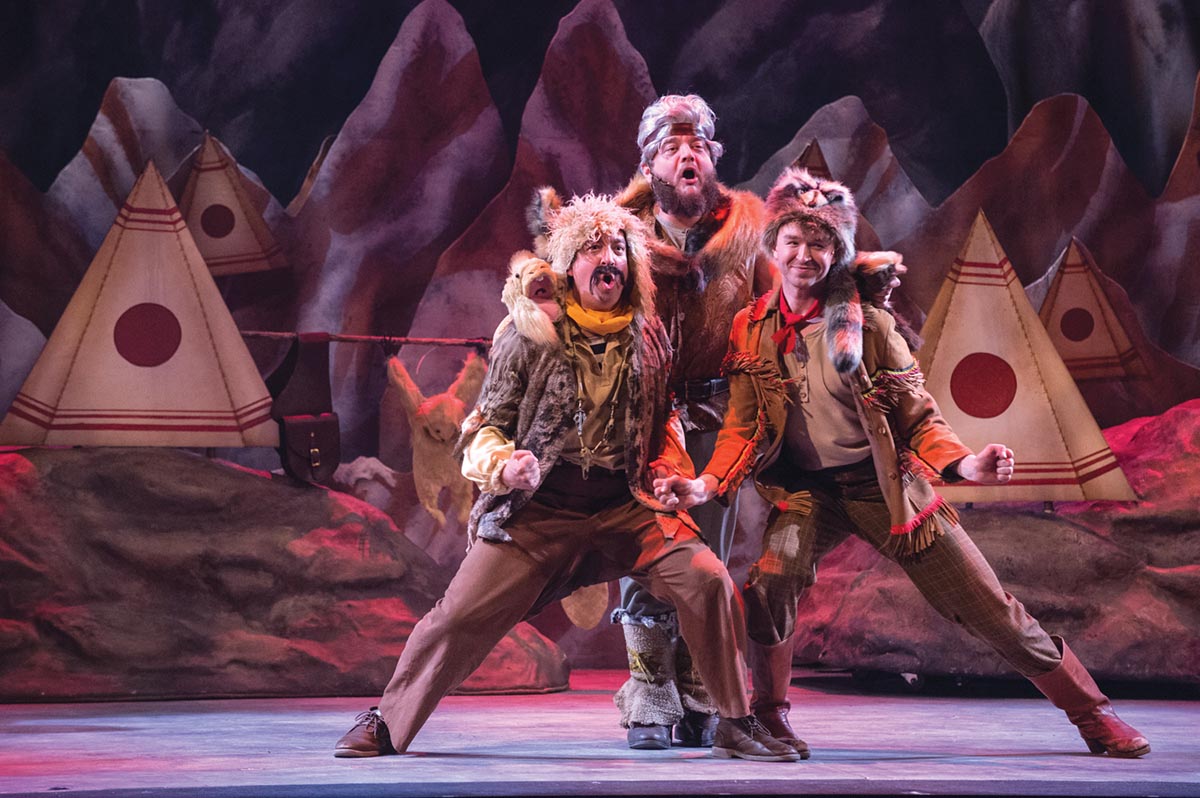 One of the strangest characters in this musical—a true accomplishment in a production of freaks and oddballs —is a grotesque figure called The Cyclops. Turns out this disfigured creature was once a Son of the South. Nashvillians will find the Cyclops scene to be of particular interest. “Nashville is going to get a shout-out,” says Bond.

Cannibal! The Musical makes its debut at TPAC’s Polk Theater March 24 through 26. For tickets and show times, please visit www.tpac.org.