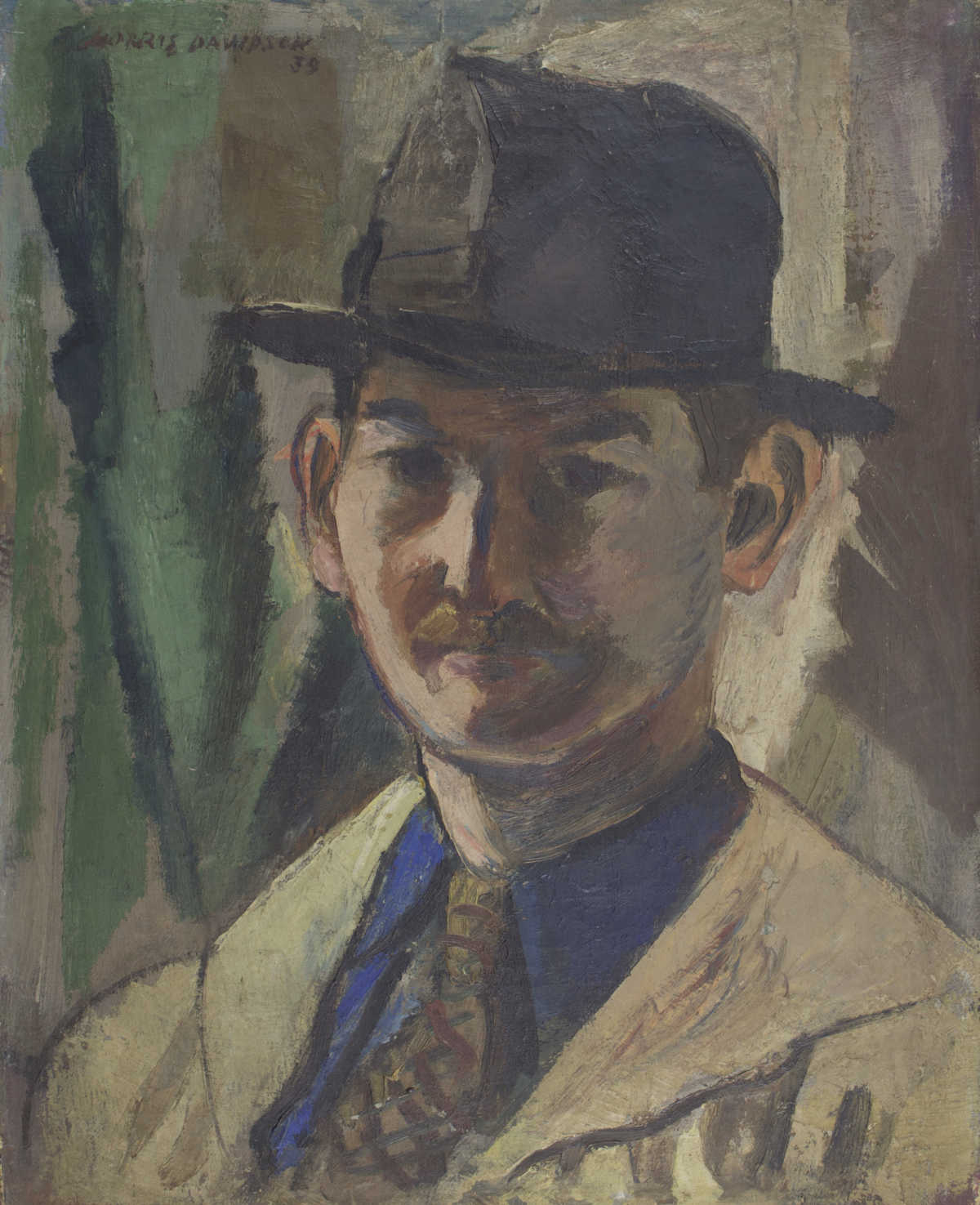 Part of the prestige of any museum or gallery is the ability to bring to the public the artistic contributions of cultures or the long-forgotten works of pioneers in an artistic genre. It is likewise prestigious and rare for art students to curate such exhibits. For the fourth year, art history students of Kevin D. Murphy, the Andrew W. Mellon Professor of the Humanities and Chair of Vanderbilt’s Art History Department, have been given curatorial responsibility for an exhibition.

American Modernism at Mid-Century: The Work of Morris Davidson runs through September 17 in the gallery located in Cohen Memorial Hall (1220 21st Avenue S.) marking the first comprehensive survey of this 20th-century abstract painter, teacher, and writer (1898–1979).

Through the generosity of the Rosenfeld-Davidson Family Collection, Vanderbilt students became the first to reconstruct Davidson’s development and career as a painter—from Baltimore and the Art Institute in Chicago to the artistic communities in Provincetown, Massachusetts, and Paris, France.

When Davidson died in 1979, his works went back to the family—a mine of works and material to be explored. “There had been no previous scholarship on Davidson and no exhibit of his work in decades, so we had the opportunity to borrow as many works from the collection as we wanted,” says Murphy.

“Davidson was devoted to the kind of abstract art that was inspired by the School of Paris, a group of French and émigré artists who worked in Paris during the first half of the 20th century,” he explains. “His paintings had strong elements of cubism with the superimposition of planes of color and objects abstracted down to their geometric essences.”

But an interesting aspect of Davidson’s passion for abstract art was criticism in his later years for abstract expressionism—a movement growing among New York artists in the 1940s. His devotion to the earlier form may be one of the reasons his art is less well known.

Students signing up for Murphy’s class last fall knew that the class would provide a full range of curatorial experiences—research, selection of works, and producing text panels, as well as cutting-edge scholarship for an exhibit catalogue.

That opportunity to contribute to a professional exhibit catalogue to be distributed by the University of Massachusetts Press adds another important dimension to the student art history experience and the development of a professional resume. Joseph S. Mella, director of the Vanderbilt Fine Arts Gallery, and Margaret Walker, art curator assistant, were instrumental in both the exhibition and the catalogue, which also includes scholarly essays by art historians Margaret Laster and Melissa Renn.

“Immersing yourself in original research on a rediscovered master is one of the most gratifying experiences an art historian can have, and that’s especially true for a student,” Murphy says. “That’s the excitement I hope the students felt in researching Morris Davidson.”