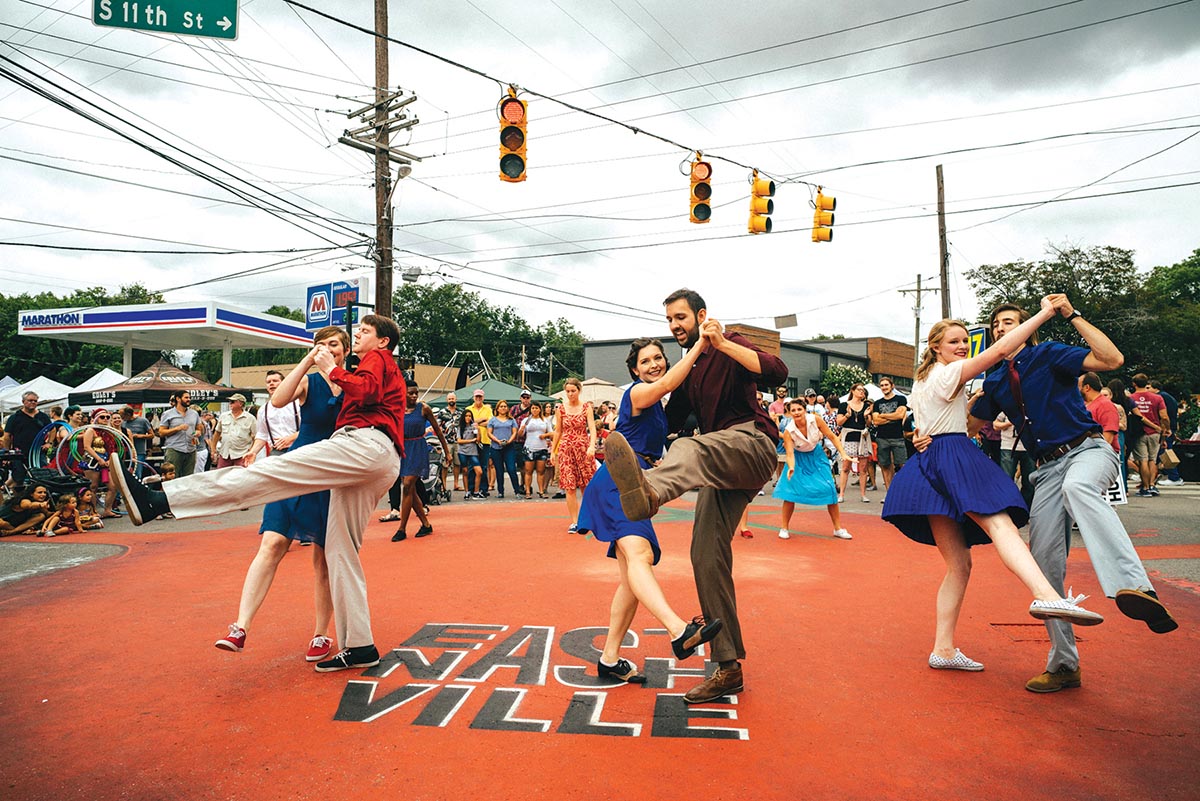 Tomatoes put the tang in your salsa, the kick in your burger, and the figurative blood in the Bloody Mary. But as much as we savor the versatile tomato, it remains a largely uncelebrated fruit, except for one wacky weekend in Nashville each year.

Since 2004, the Tomato Art Fest in the historic Five Points section of East Nashville has paid homage to the tomato with a bountiful variety of activities, ranging from tomato-inspired costume contests to bike decorating, live entertainment, and even a colorful parade. From the inaugural event the Tomato Art Fest has grown into a huge and nationally renowned phenomenon. Last year, it was estimated that more than 55,000 folks took in the two-day festival.

Thirteen years ago, such lofty aspirations never entered the minds of the festival’s founders, artists Meg and Bret MacFadyen, co-owners of Art & Invention Gallery in East Nashville. The Gallery hosts nearly 300 pieces of tomato-themed art throughout the weekend. “It started as an art show,” recalls Meg MacFadyen. “It was a one- time wonder as far as I was concerned. But it really evolved.” 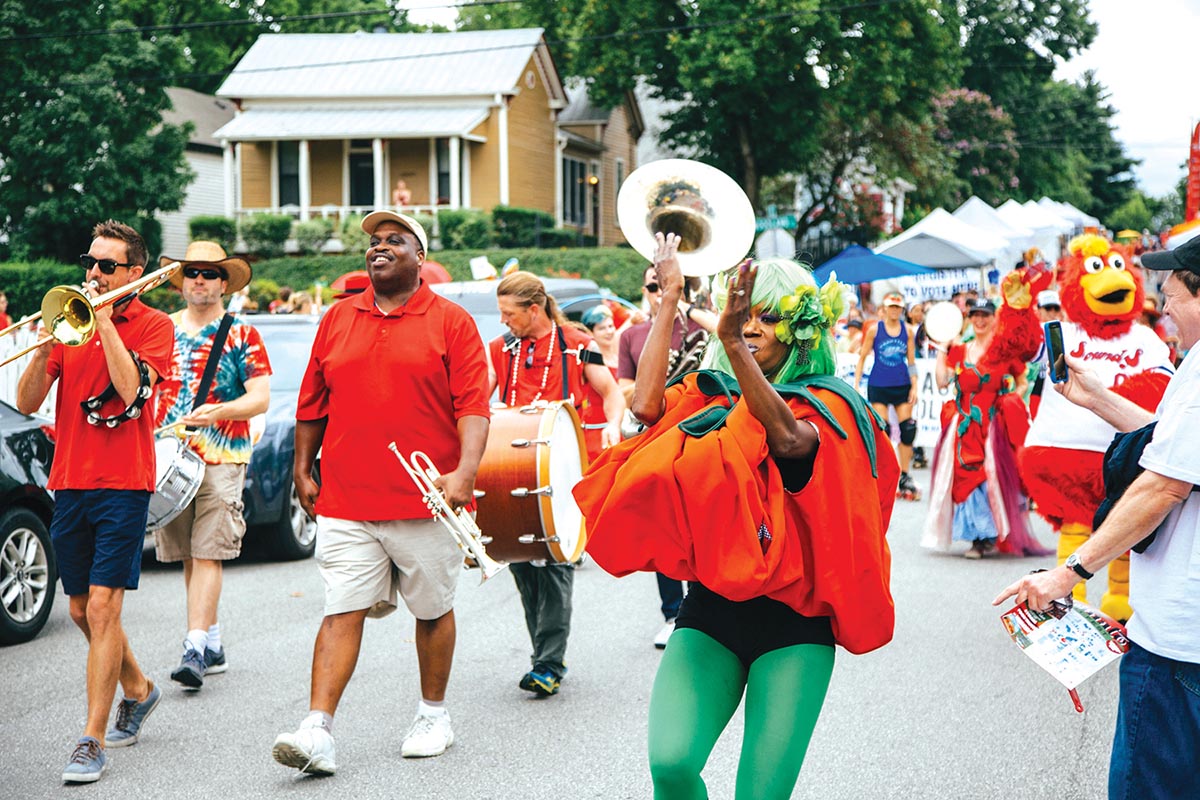 The light bulb in her head went off one summer as she sat inside the gallery, which held in the hot seasonal air all too well. MacFadyen says, “This whole series of conversations happened that made me go, I think I’m going to do a tomato art show. You know, tomatoes love the heat, and to me they are the best part of summer. The show was not done as a joke but more tongue-in-cheek.”

The hip artistic community of East Nashville immediately ran with the concept. “I got artists to do a piece of art that was tomato-inspired, and about 1,000 people came to the art show,” MacFadyen says with a smile. “A lot of people had on costumes. I don’t know why but they did. We also thought it would be fun to do a recipe contest, and we got something like 65 entries, which was amazing. It just kind of very slowly grew. Every year, it’s gotten bigger and more fun.” 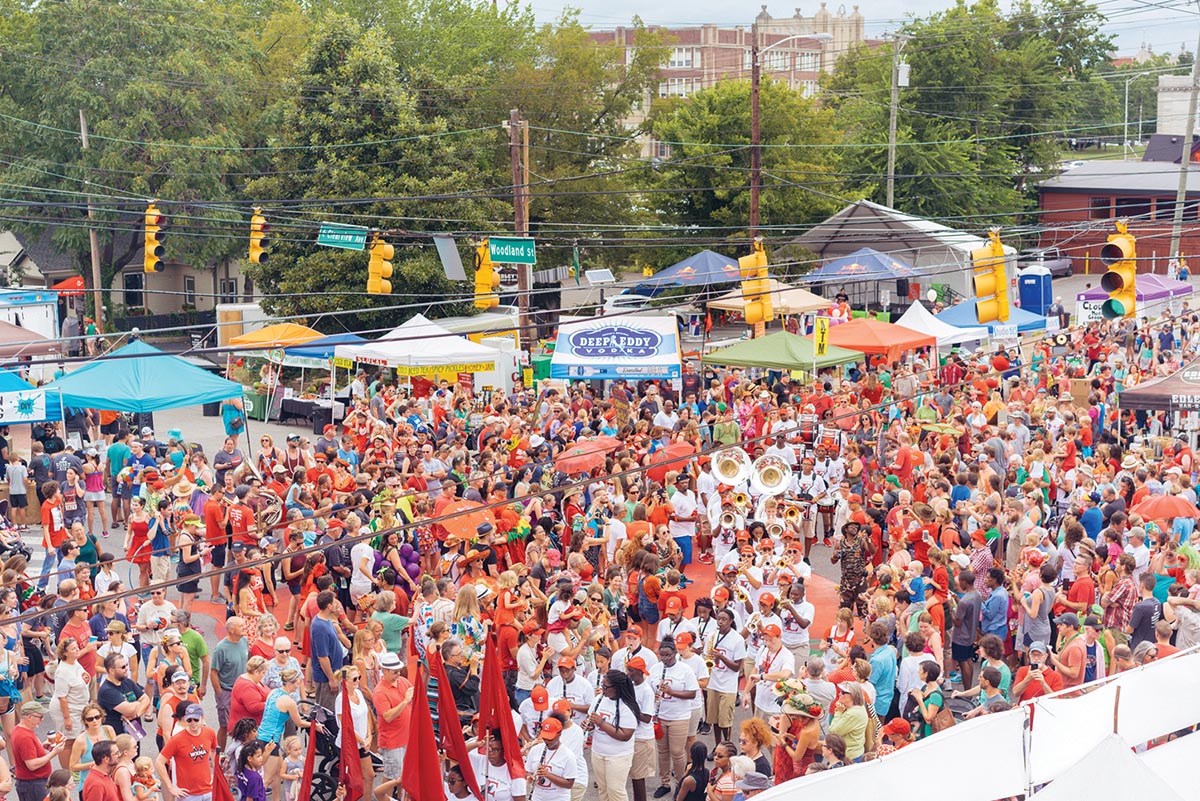 New for 2017 are the Cooking Stage, featuring some of the area’s top chefs, and the Woodland Stage, presented by Basement East. “Another fun thing,” says MacFadyen, “is on Friday night, we’re going for the world record for people dressed as fruits and vegetables. My favorite part, though, is always the parade. When they get to Five Points, it almost makes me cry because there is this sea of people in costumes and you know they’ve been working on them for weeks. They’re having such a great time. You can truly feel the joy.”

To find out more about the Tomato Art Fest, please visit www.tomatoartfest.com.