Bob Gruen might have made a convincing slacker. As a young man, he had no real career path, no ambition. Sure, he enjoyed photography, and he loved rock ‘n’ roll. But that was it. 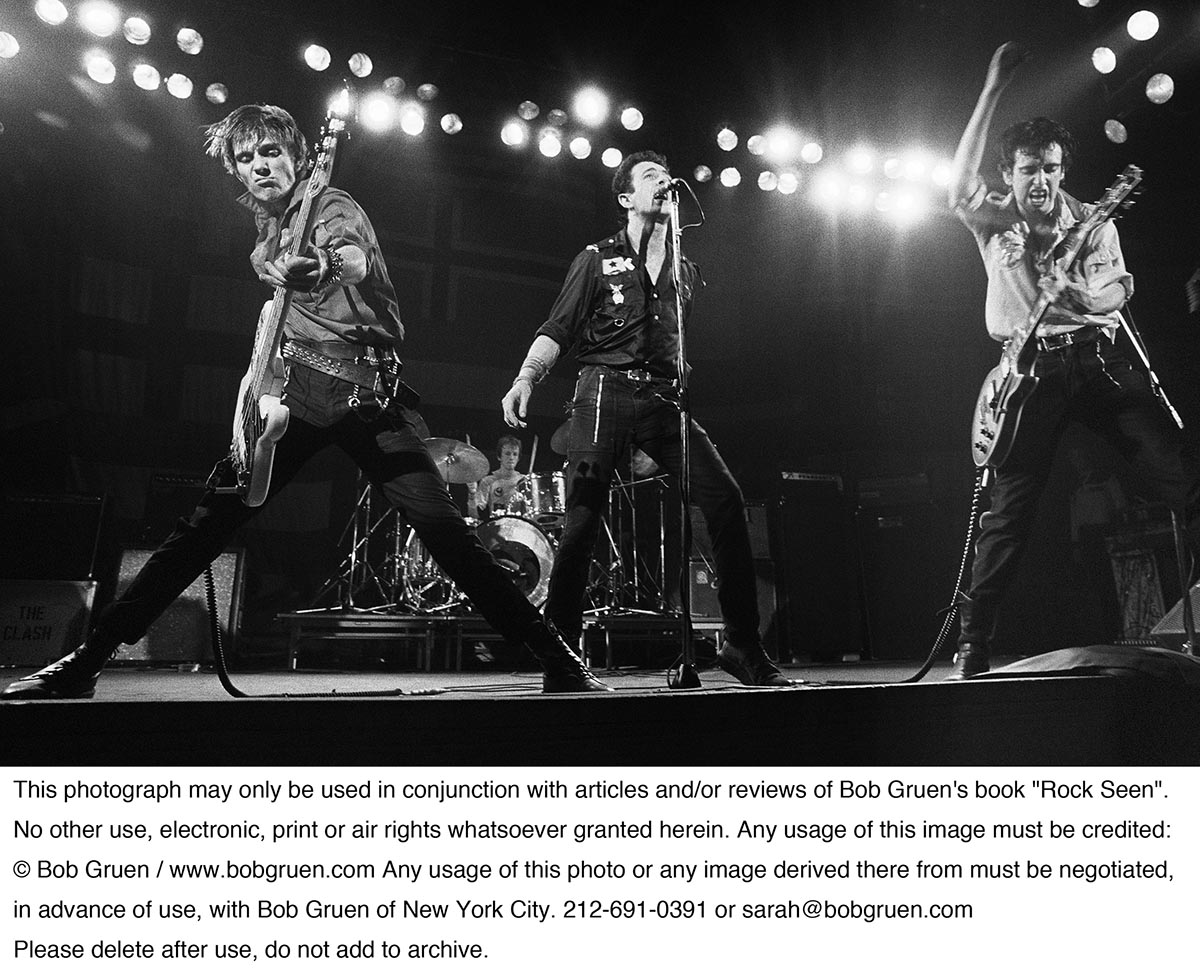 And that was enough. A card-carrying member of the Baby Boom Generation, Gruen came of age during the halcyon days of rock. He began going to concerts and visiting festivals like Woodstock. He struck up friendships with musicians. Once he started focusing his beloved camera lens on his favorite stars, everyone, including the rockers, took notice. Turns out Gruen had a knack for revealing rock ‘n’ roll’s soul.

“I was never nervous around rock stars, so they weren’t nervous around me,” Gruen tells Nashville Arts Magazine. “Consequently, they could relax and be themselves, and that resulted in some great photos.” Nashvillians will get the chance to see many of these photos for themselves on September 13 from 5 to 6:30 p.m., when Gruen makes a stop at Two Old Hippies to sign some of his most popular photography books. Gruen was chief photographer for Rock Scene Magazine in the 1970s, and during his tenure he chronicled many of rock’s signature stars. 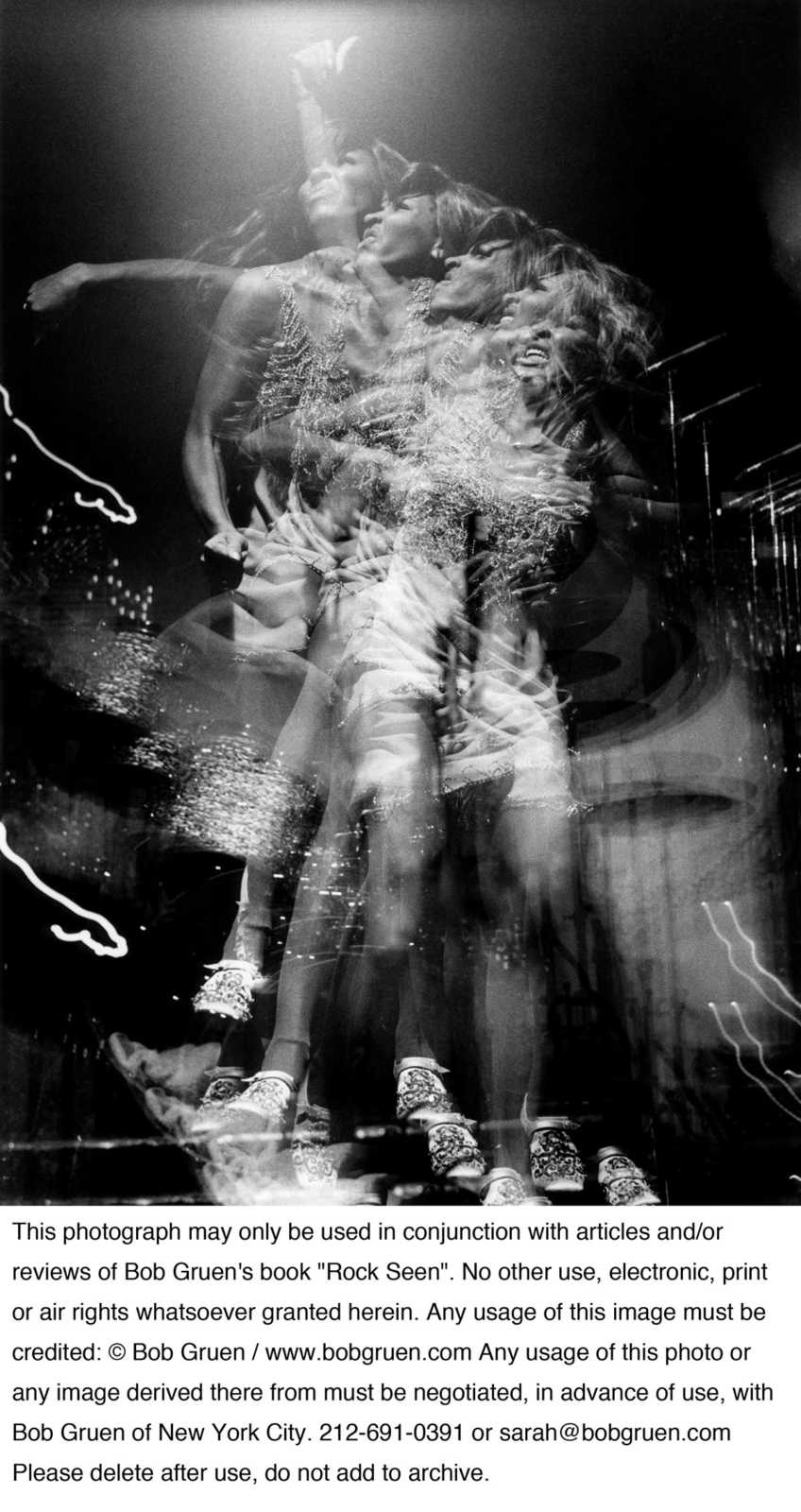 Traveling the rock circuit, he photographed major acts like Led Zeppelin, The Who, David Bowie, Tina Turner, Elton John, Aerosmith, Kiss, and Alice Cooper. He was also on hand to document emerging punk and new-wave bands like the New York Dolls, Sex Pistols, The Clash, Ramones, Patti Smith, and Blondie. His photo of Sid Vicious eating a hotdog, with globs of mustard smeared around his mouth like a yellow goatee, is now part of the permanent collection of the National Portrait Gallery in London.

Without question, Gruen’s most important photographs were of John Lennon. He met the ex-Beatle in 1971, shortly after Lennon and Yoko Ono moved to New York City. Lennon, himself a gifted visual artist, admired Gruen’s photographs. He also liked Gruen’s easygoing manner. Before long, they were fast friends.

Their closeness produced some of rock’s most iconic photographs. Gruen took the famed photo of Lennon wearing his “New York City” T-shirt. He also took an equally renowned photo of Lennon giving the peace sign in front of the Statue of Liberty.

“I talked John into taking that photo around the time the government was trying to deport him,” Gruen says. “That photo became a symbol of peace and liberty.” 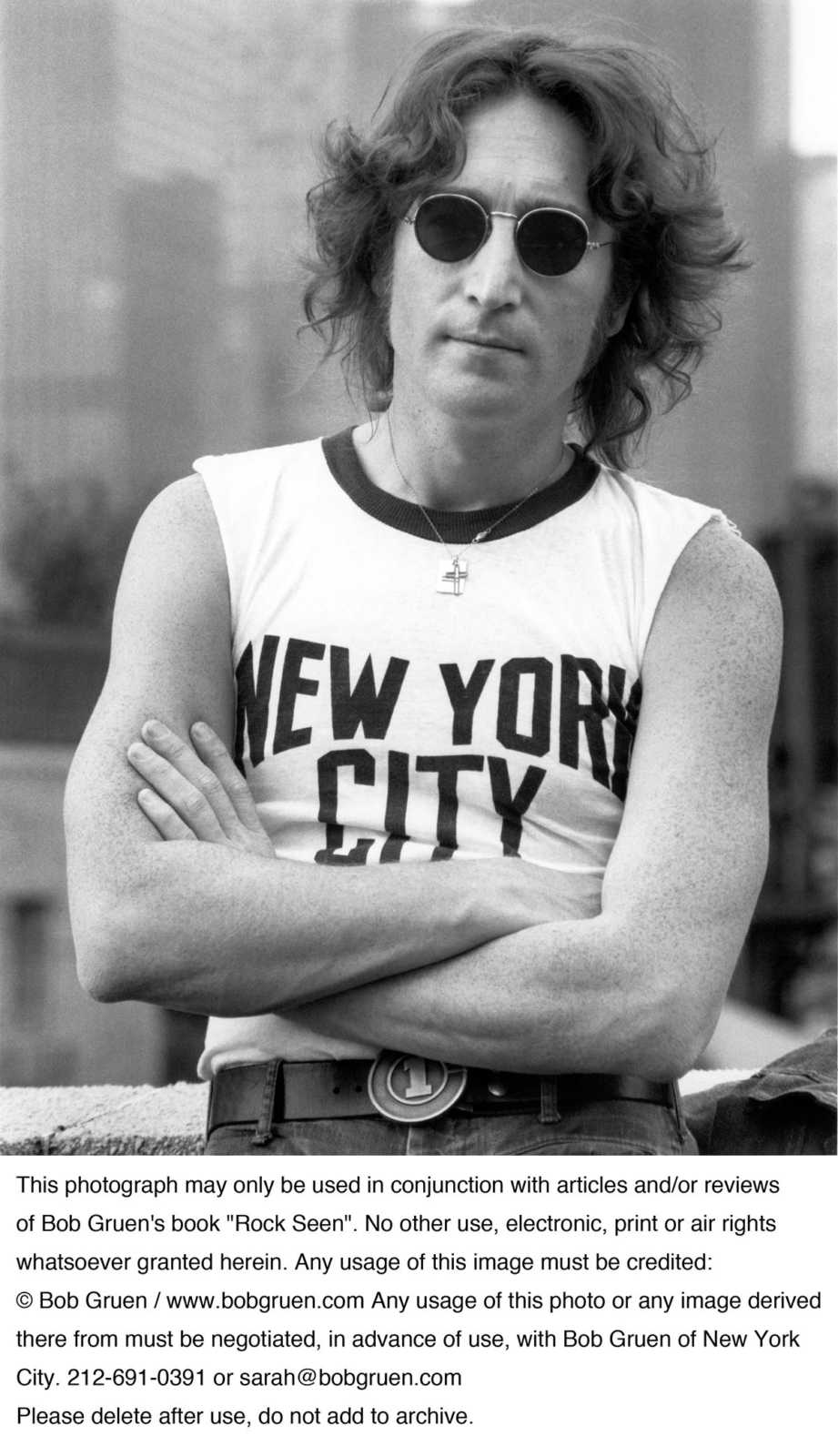 Gruen’s long association with Lennon provided him with many fascinating insights into both the man and his legendary rock band. For decades, many Beatles fans have sought to assign blame for the group’s breakup. They’ve pointed fingers at Yoko Ono and Paul McCartney. Gruen believes the dissolution was natural and inevitable.

Gruen will sign some of his most popular photography books on September 13 from 5 to 6:30 p.m. at Two Old Hippies. For more information, visit www.twooldhippies.com. See more of Gruen’s photographs at www.bobgruen.com.