There’s a massive white tent rising like a pointy marshmallow off Briley Parkway near Opryland. If you happen to catch it in your peripheral vision, your first thought might be that it’s an old-fashioned tent revival or maybe that the circus has come to town. In very familiar ways, they both have. This impressive structure is the temporary home to Odysseo, a multi-emotional experience that promises to send the senses racing and deliver the spectacular with soul. Like a tent revival wrapped in a circus, Odysseo will inspire and thrill the heart. Odysseo has performed its unique magic in major cities all over the world, and it makes its final stop (for now) in Nashville, August 30 through September 10. 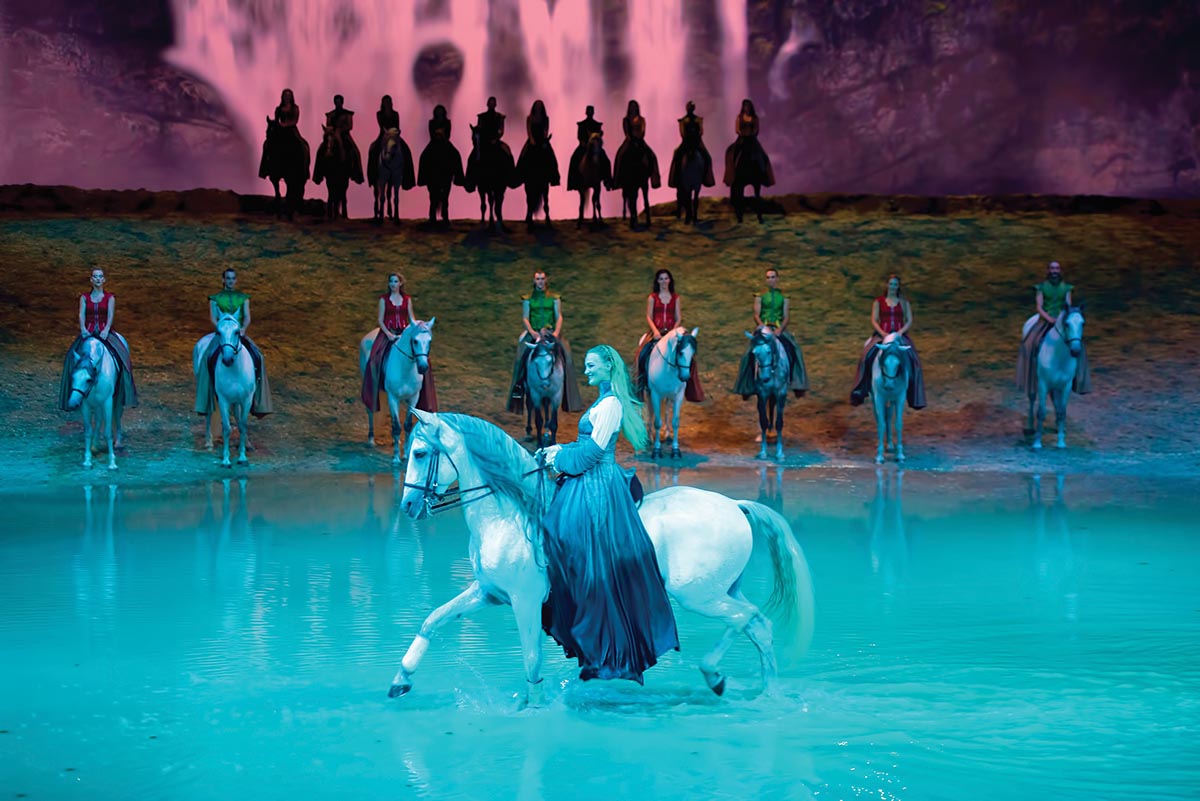 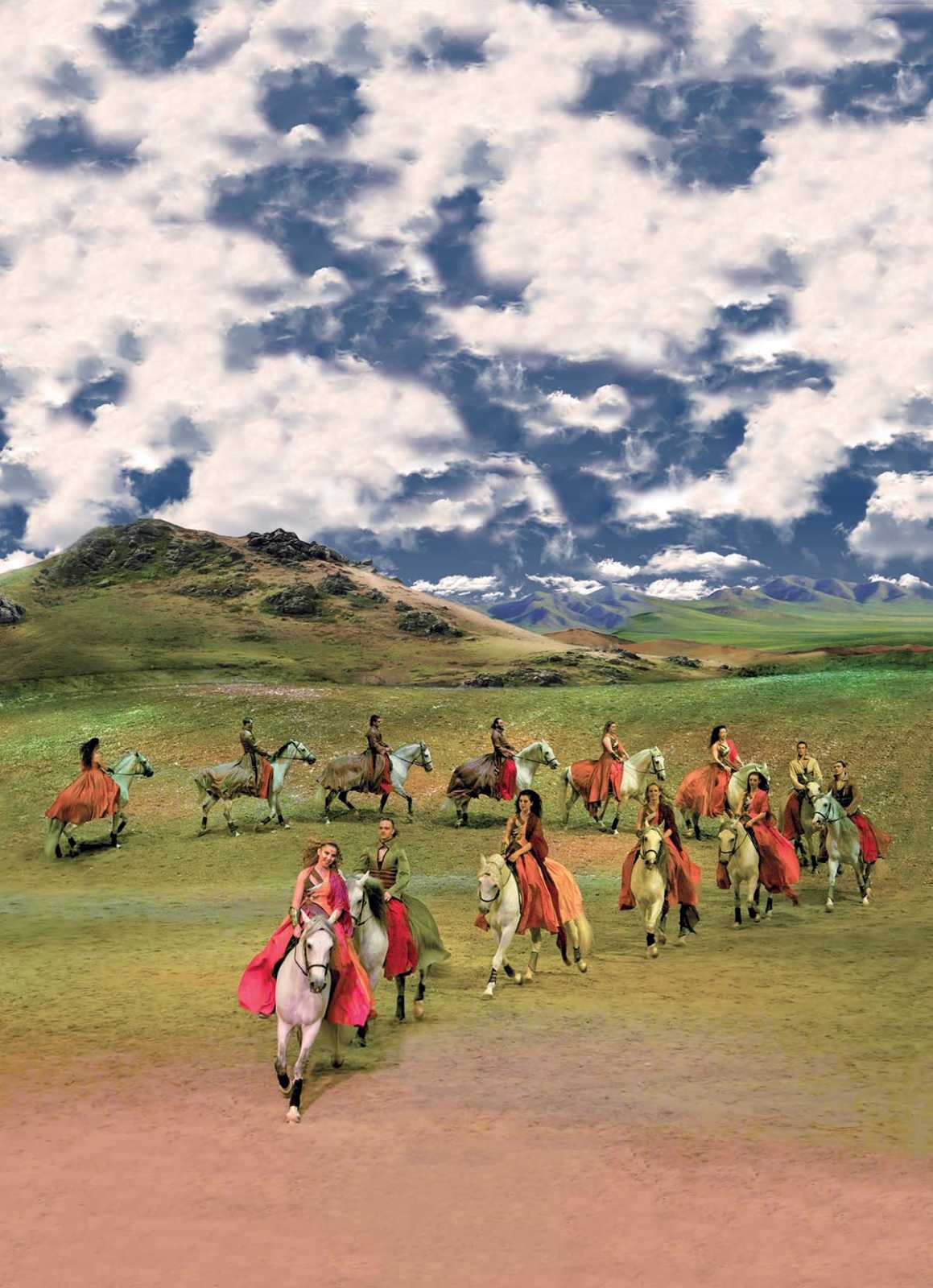 Odysseo creator and artistic director Normand Latourelle (Cirque du Soleil) marries the equestrian arts, stage arts, and high-tech theatrical effects at never-before-seen levels. Some 10,000 tons of rock, earth, and sand are trucked in and then sculpted to create the vast space of freedom where humans and horses come to play together. Sound like a big production? Odysseo’s white big top is the size of an NFL football field. The 17,500- square-foot stage, larger than a hockey rink, and the 50-foot-wide backstage area offer vast playgrounds for more than 30 cantering horses. The show features 65 horses of 13 different breeds: Appaloosa, Arabian, Canadian Horse, Hanoverian Cross, Holsteiner, Lusitano, Paint Horse, Percheron, Quarter Horse, Selle Français, Spanish Purebred (P.R.E.), Thoroughbred, and Warlander. There are 50 artists—riders, acrobats, aerialists, dancers, and musicians. There are 350 costumes and 100 pairs of shoes and boots. An artist may have no more than 30 seconds to do a quick costume change between numbers. At times during the show, they juggle 15 simultaneous wardrobe changes. A staff kitchen tent prepares more than 300 meals daily. So if big-top theater is your thing, if you’d like to experience a new wave of cool live from your theater seat, check out Cavalia’s Odysseo, August 30 through September 10. For more information, visit www.cavalia.com.

We Are All “Part of the Plan” 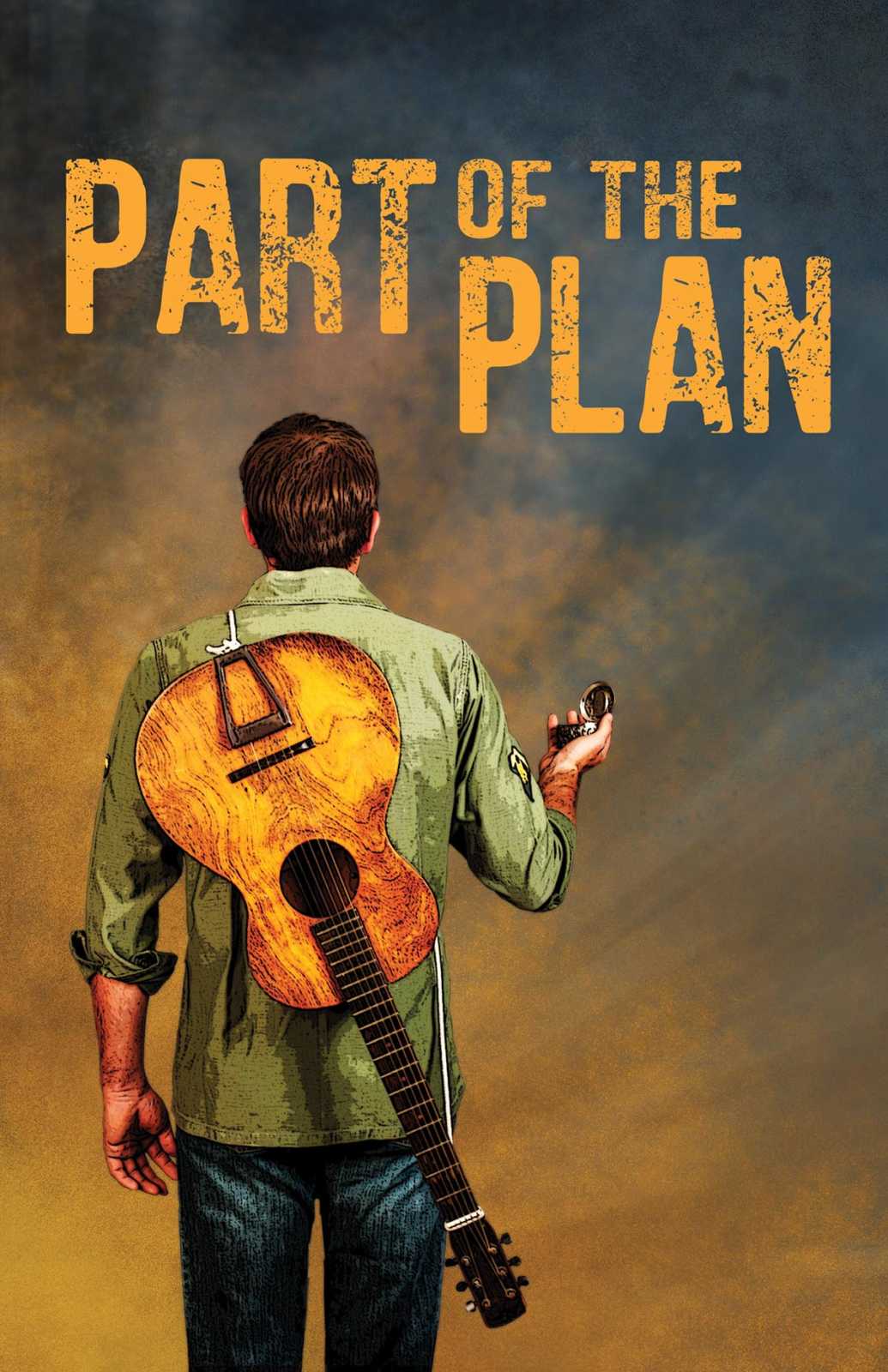 Art doesn’t happen without a good idea. Theatre lives because of new works, and the music industry begins and ends with a great song. This fall TPAC brings them together in a new theatrical piece that celebrates the songs of one of our greatest troubadours Dan Fogelberg. From September 8 to September 24, TPAC will host the World Premiere of Part of the Plan a new, original musical that interweaves 20 iconic songs by the late singer/songwriter Dan Fogelberg, including his hits “Leader of the Band,” “Longer,” and “Same Old Lang Syne.”

It’s a perfect fit. Music City had vital significance in Fogelberg’s rise to fame as a singer/songwriter. Nashville is where he recorded his first album at Quadrophonic studios (now Round Hill) with famed Muscle Shoals producer Norbert Putnam 45 years ago and wrote “Part of the Plan,” his first hit single. He performed at Exit/ In, War Memorial Auditorium, the Grand Ole Opry, and the Ryman, and he penned “Run for the Roses,” the unofficial theme for the Kentucky Derby. 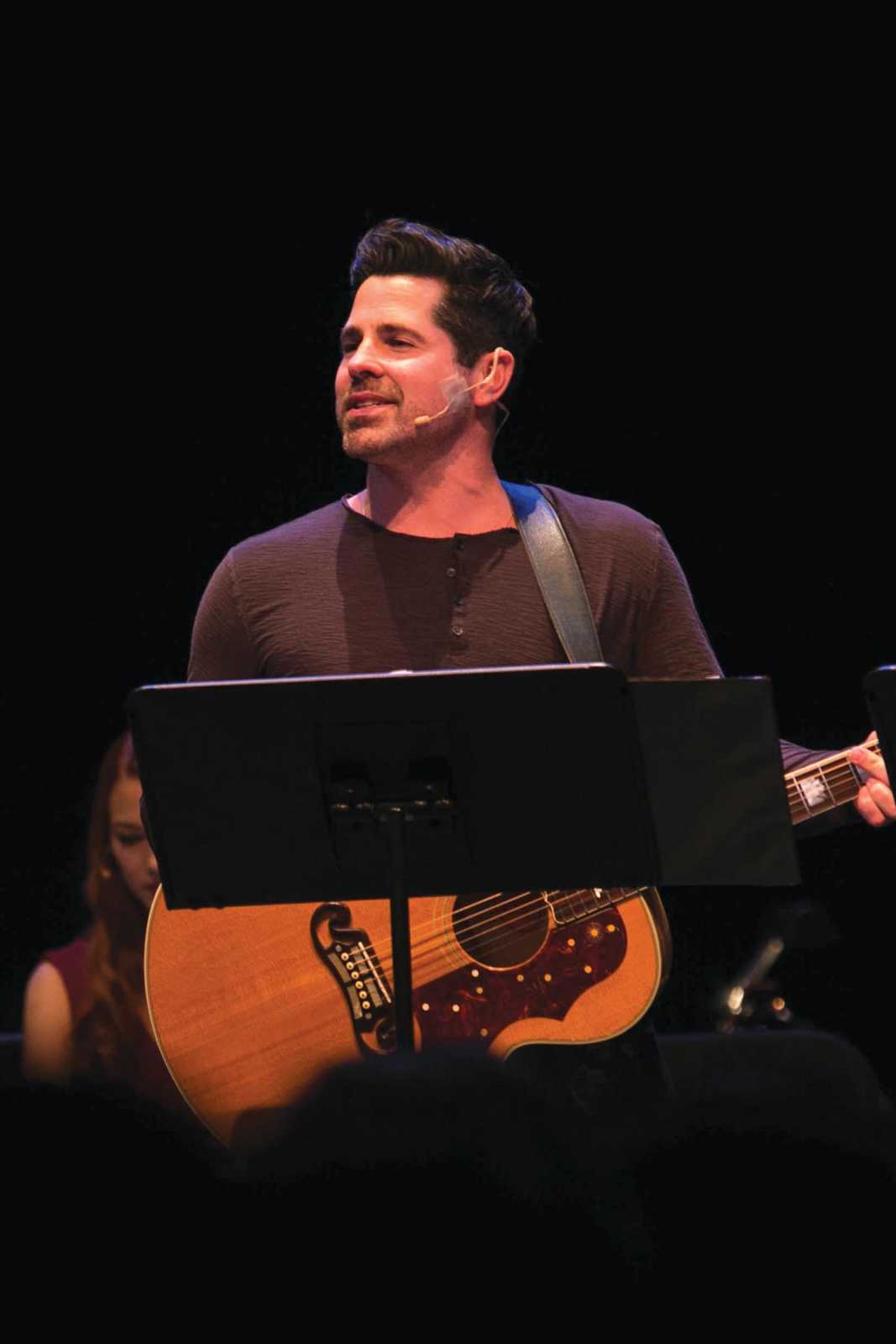 Local country artist JT Hodges in the staged readings for Part of the Plan, which took place last September at TPAC. JT Hodges will reprise his role as Jake in the show when it opens September 8; Photograph by Erika Chambers

Nashville is also woven into the fabric of the creation of this musical—Nashville is where Dan’s widow, Jean Fogelberg, and Norbert Putnam met the writers of “Part of the Plan” to discuss and green-light the project six years ago. Many well-known local musicians, such as Garth Brooks, name Dan Fogelberg as an inspiration for their music and their careers. If ever there was a Music City Musical, Part of the Plan is it. Adding to the Music City ties, JT Hodges, an Academy of Country Music artist well known in Nashville, is starring in the production, along with One Flew South founding member Chris Roberts, Belmont University’s Erica Aubrey, and Benjamin Hale.

When it all comes together, it’s Part of the Plan. Come out and support this unique and emerging theater art.

For information about tickets, visit www.tpac.org.