Director of Education, The Parthenon 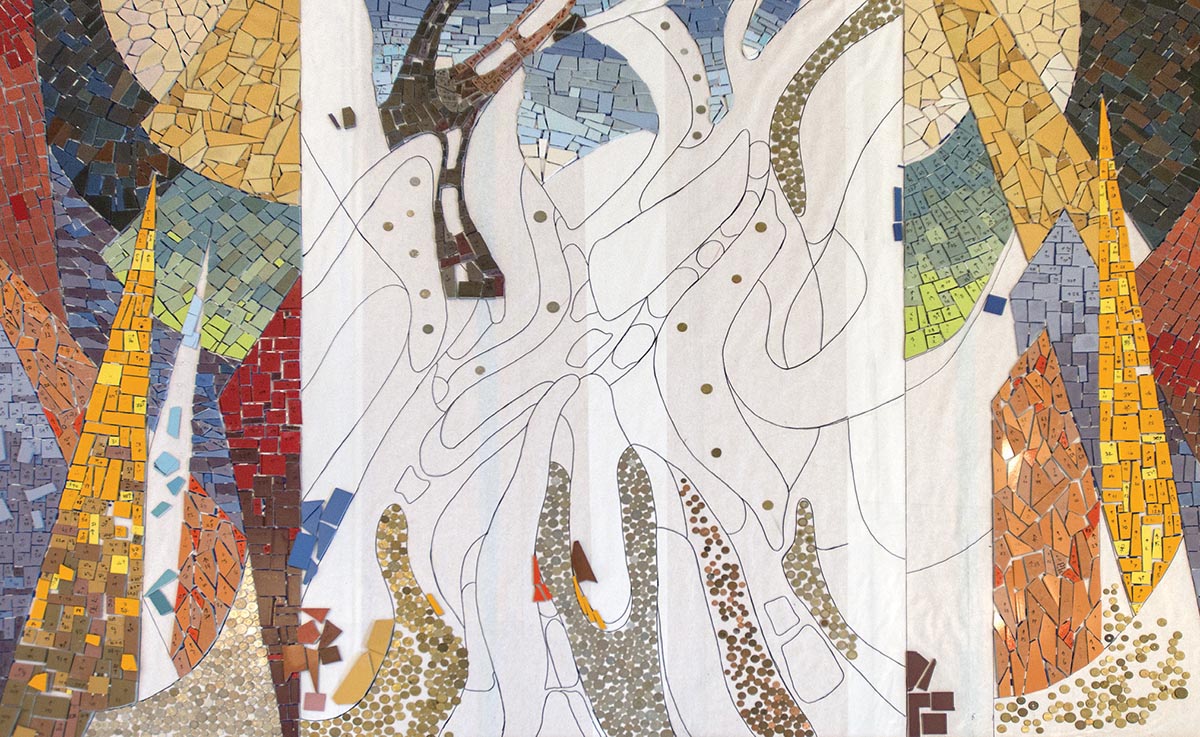 One of the first questions from any Nashvillian is this: “Where are you from?”

Camino y Raíces (Roots & Routes), the tile mosaic under construction by Jairo Art Studio with the assistance of Metro’s Opportunity Now students for the new park at Casa Azafrán, provides a visual reference to the idea that we all come from somewhere.

Prado and his wife, Susan, had been talking with Casa Azafrán about a park project following the installation of their massive mosaic Migration, a community project that adorns the entrance to the building. When the call went out from the Metro Arts Commission, Conexión Americas, and the mayor’s office for Opportunity Now, Prado submitted a proposal for a summer apprenticeship for students. Eight students from four Metro High Schools— Glencliff, Nashville School for the Arts, Overton, and Hume Fogg—participated in the construction of the mosaic, along with a college-level near-peer arts coach.

“In this piece, designed and constructed from 1,700 coins from around the world, you are moving back a curtain to reveal the roots and routes of many, how things are changing, and the breakthrough in which the invisible becomes visible,” explains Prado. “Art history has never told the whole story, omitting the contributions and stories of populations—particularly what happened with migrations.” 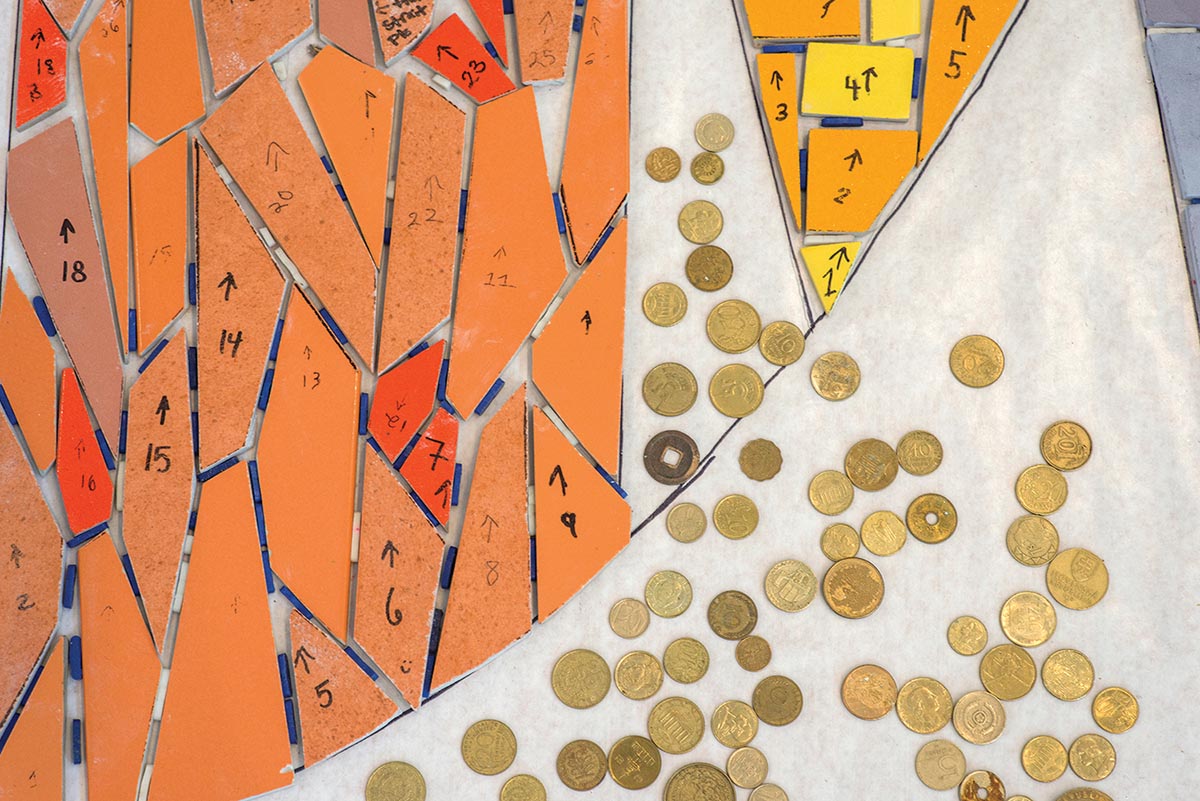 Students learned through this project that the story of the city is so relevant to the story of the mosaic, with color and contrast and movement, the way a city is built with a lot of planning and collaboration, and a lot of hard work. Everyone has a role to play.

“We collected coins from 77 countries, and we continue to collect as we move toward completion of the mosaic,” says Susan. The project started with a template, planned and numbered with the directions to go for each section, similar to making a quilt pattern.”

The process takes three tracings, with the design cut into sections to make patterns which are placed on the tiles for cutting. “It’s a very tedious process,” Jairo admits. The kids learned that making art has a high level of intensity, and they learned both the creative and business side of a career in art. But for each there was that moment: “Wow! That’s what goes into making art!”

Such public arts projects can contribute to a sense of confidence and accomplishment for participants who can point with pride to their contribution. “This is powerful. Students may not understand, but later they see the power and the value. They look up and say, ‘That’s my section!’” The joy of such projects can be seen and heard in Prado’s own excitement—“Art is coming! Art is coming!”