On October 13th through the 17th Intersection, Nashville’s Contemporary Music Ensemble, presented Alaskan composer John Luther Adam’s sound installation Veils and Vesper (2005) at the Belmont United Methodist Church. Written as a “meditative reflection on nature and our interactions within it” the six-hour, electronic work is informed by an interplay of synthetic sounds and mathematical algorithms based on prime numbers from 11 to 31. Adams has described the piece as a “tribute to the lush, complex choral writing of the 15th century, […it is a] rigorously and painfully algorithmic piece [that] is definitely not ‘classical,’ but it’s definitely serious.” Each of the three “veils” represents a physical action: falling, rising and crossing. They are heard within the same time and adjacent spaces, together seeking to represent the entire audible spectrum.

In performance (or experience) these sounds weren’t quite heard as natural. The sound is synthesized and seems rather inorganic; however, it is not so much dead as it is otherworldly. In the setting of an old church, this can be quite powerful. The counterpoint and melodic shape, subtle but quite noticeable, is reminiscent of Gyorgy Ligeti’s micropolyphony. While I didn’t stay for an entire six-hour performance, the meditative impact of the work was intense and created a sense of being beyond time. The most powerful part was to sit in the choir behind the altar where Vesper was heard—it gave a sense of the entire piece at once–a view beyond the veil. Intersection, again, has provided the Music City with a wonderful and rare experience of contemporary music. 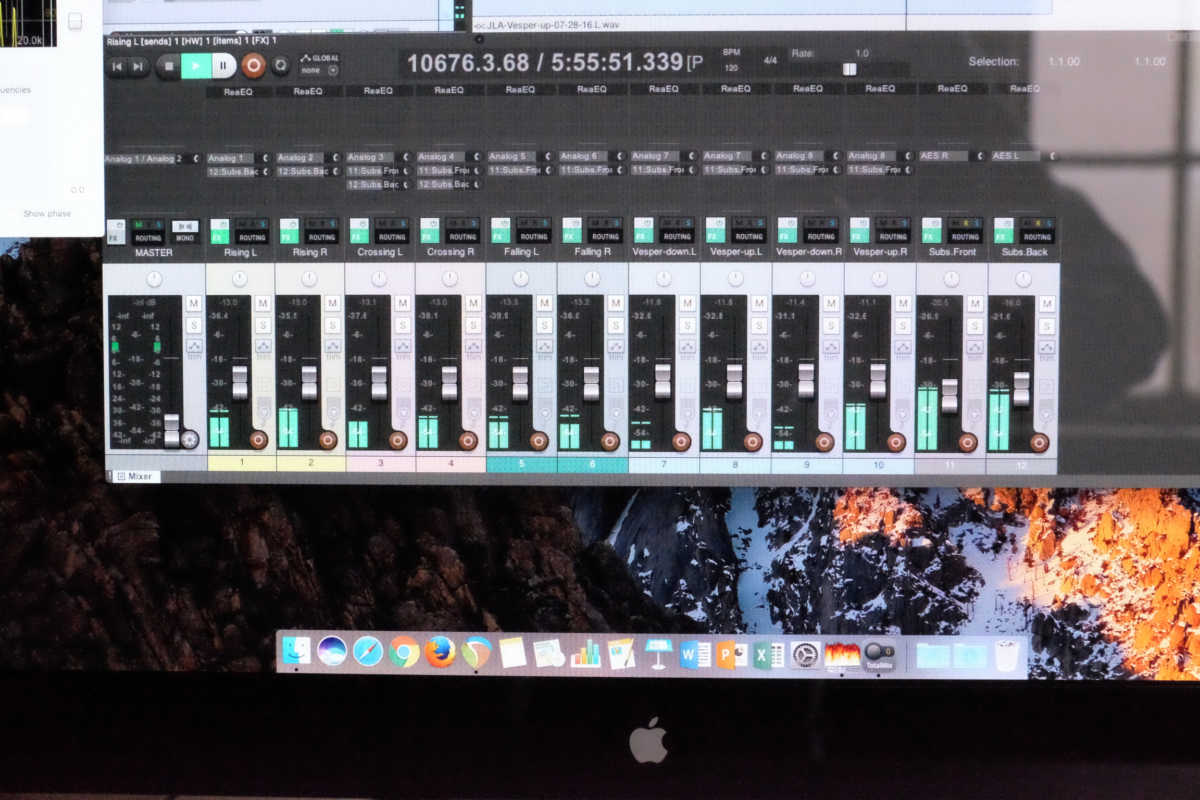