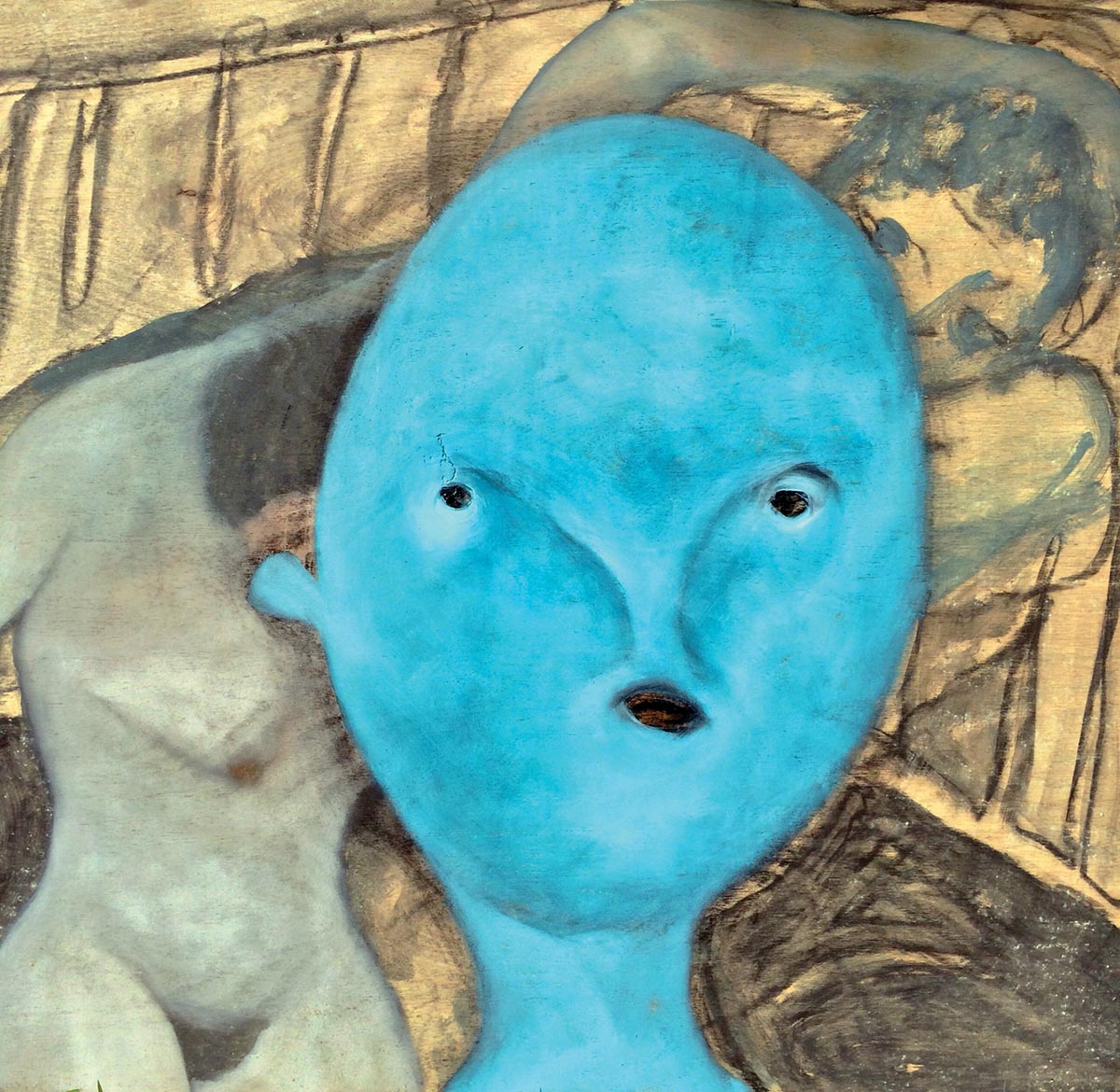 On a cellular level, Dax van Aalten’s work will float strange tides into your bloodstream. Dreams, after all, rattle your entire body, not just the open face of your sleep. In them, as in van Aalten’s paintings, operatic colors divulge the transparency of skin, marking a startlement of memory.

The obvious training yawns of my mind would like to insist that his rejection of narrative cannibalizes my own ability to interpret, but I draw nearer to the truth when I admit that it’s my willingness to interpret that suffers. It’s almost too painful to imagine empathy for the sake of an article, but I don’t read the news for nothing, so ultimately I’m faced with a choice: In which way is it better to be a coward? Shall I shy from interpretation by means of description, veering from a higher practice of writing out of my dutiful sense of shame, or shall I relinquish credibility for the sake of speculation?

Either way, I’m ill-equipped to wax anybody’s subconscious. The painter is as much a symbol as an actor to me, which further confounds the effort. “To me a painting should never really reveal itself,” van Aalten told me. This seemed of a piece with his aims until he mused, “It’s taken me a while to realize these things are poetry, in a way.” Because, he disclosed, they’re revealing. 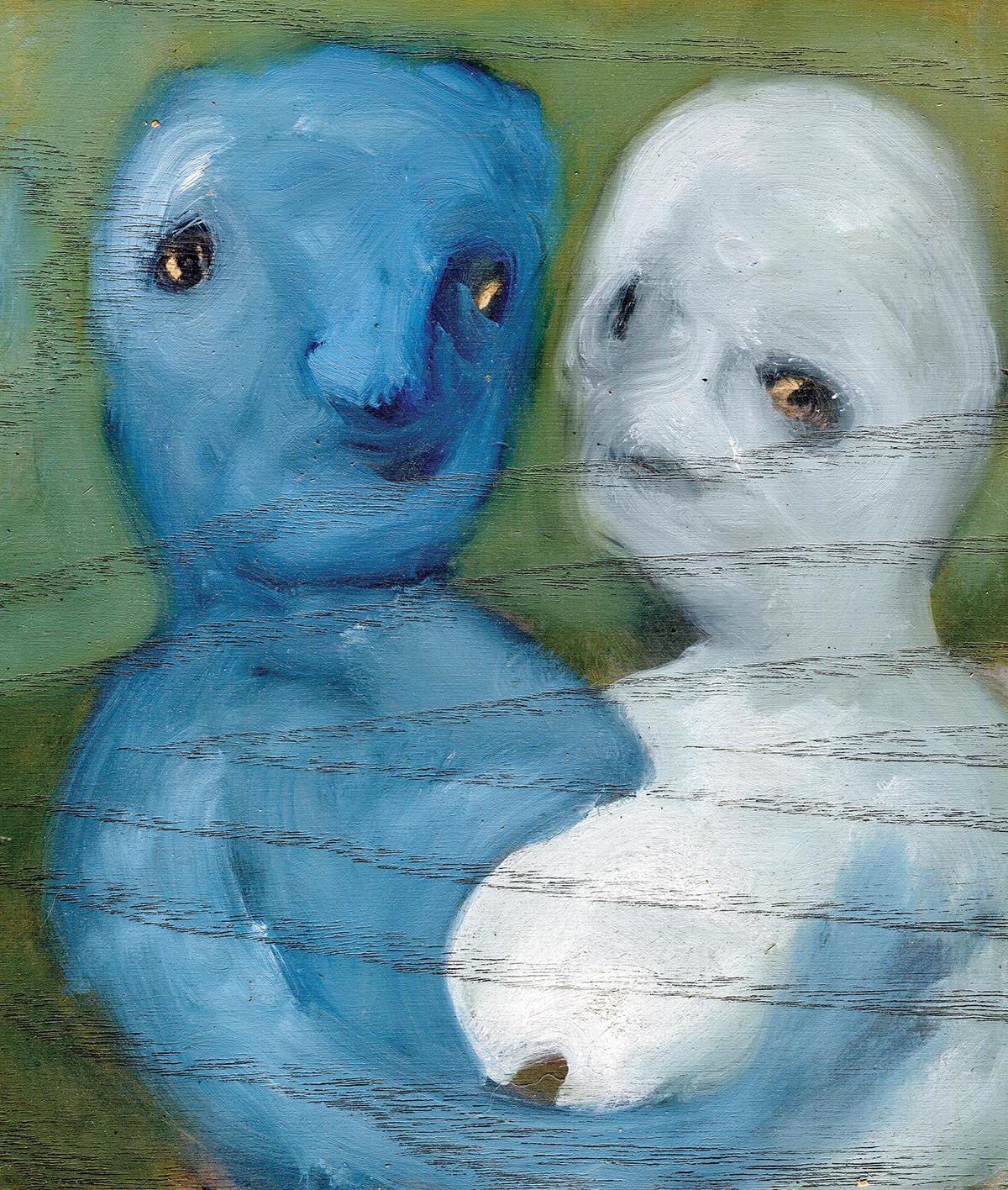 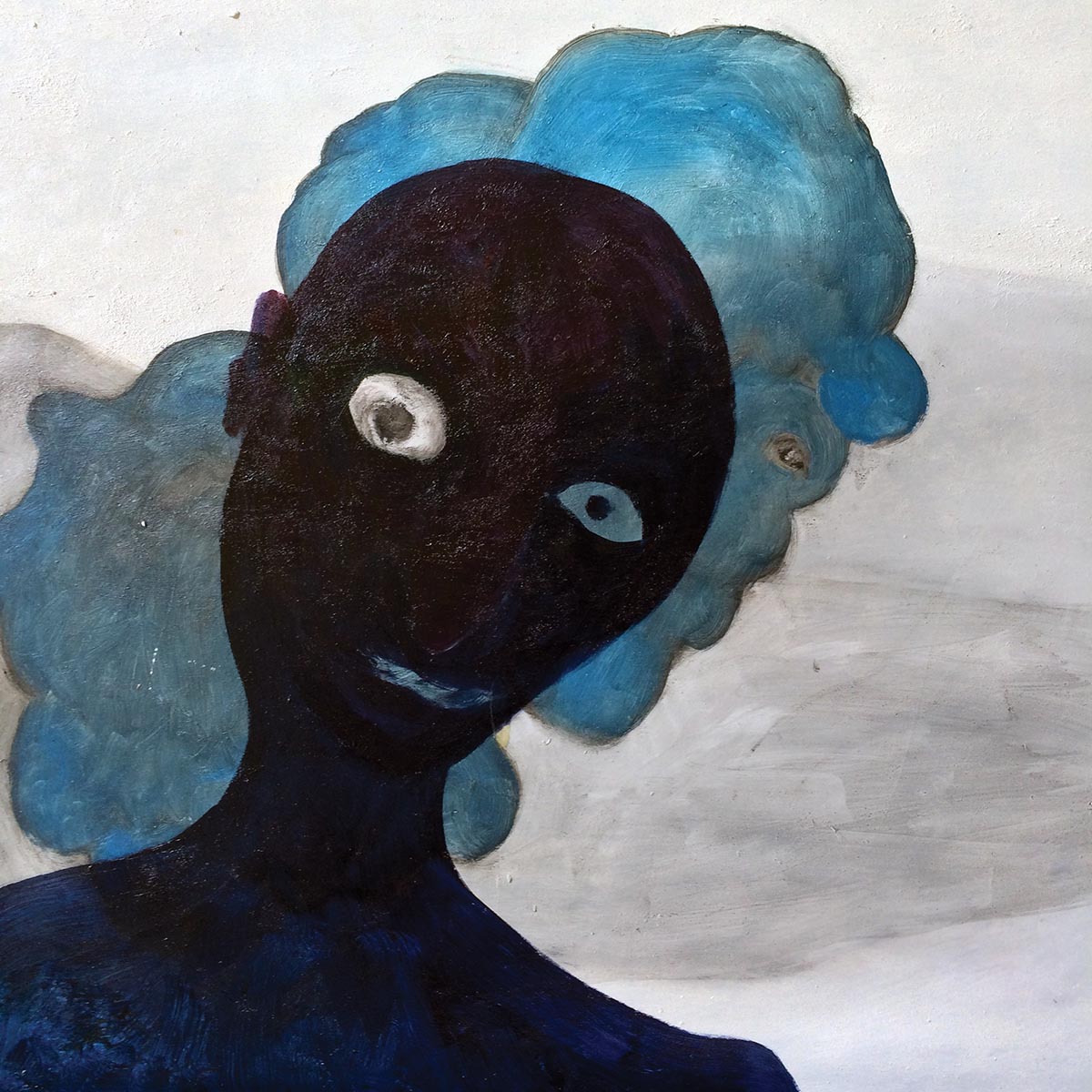 The work, being vernacular and at times bewildering, is not transcendental; though, like Coetzee’s Waiting for the Barbarians, it occurs throughout time and space, rooted only in a notion of the figure. In fact, despite van Aalten’s stance against narrative, the paintings read like a funny, forgotten work by one of the great Southern writers. They’re absolutely haunted, not to mention riddled with depressing romance. (The title Transmission, I suspect, has as much to do with ghosts as it does the subconscious. Synonyms of this nature are best gathered wearily, by the hair of a brush.) 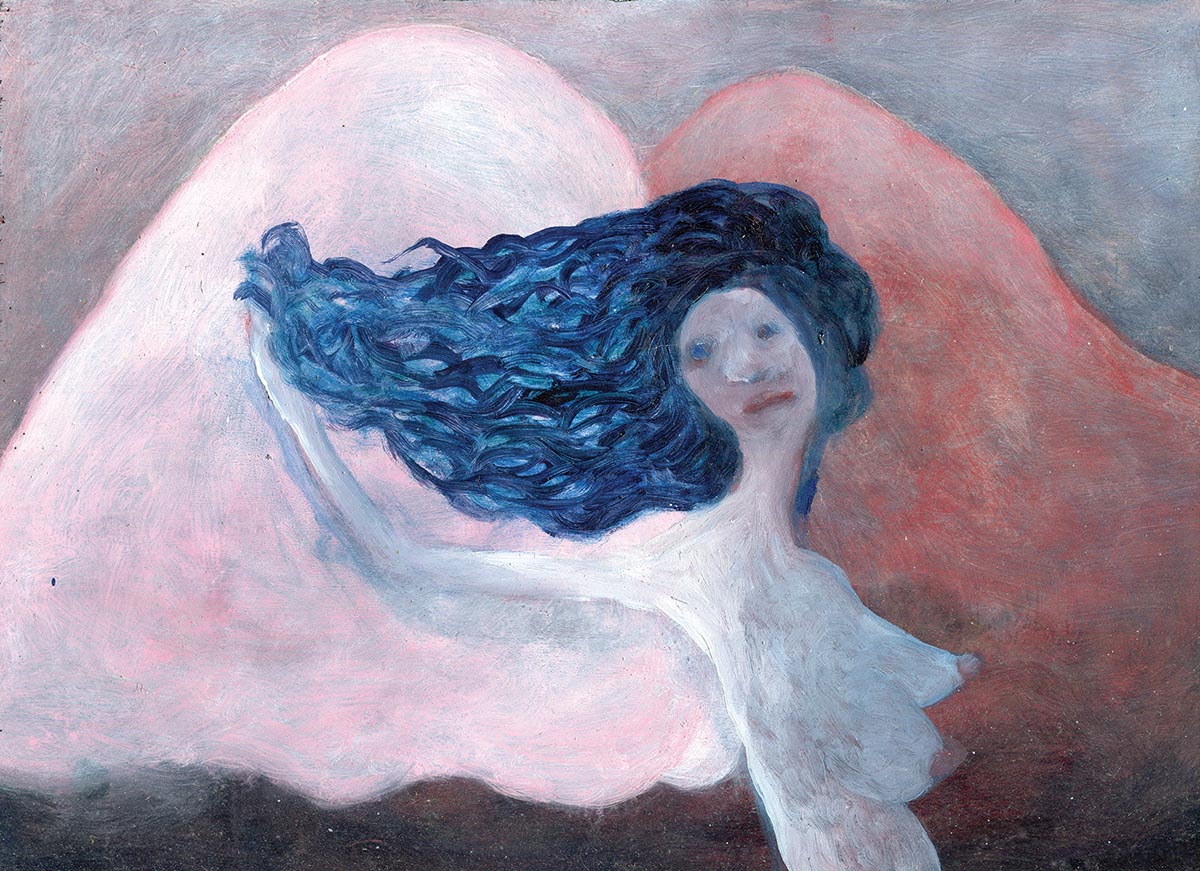 Working within that vernacular, as if to upend the popular rank of adorable, disturbing work that monetizes our sense of the uncanny, van Aalten disseminates a community of figures that may rightly be called endearing, or even cute, bathed in the melancholy of their own lives. Though some of them have the look of a tonal Brothers Mingarro, their button-eyed eeriness sees beyond the kitsch to something older, operating within a gradient of distinctive realization. Here, intimacy is wrought with tender, wild brush strokes that bend its faces into darkness. 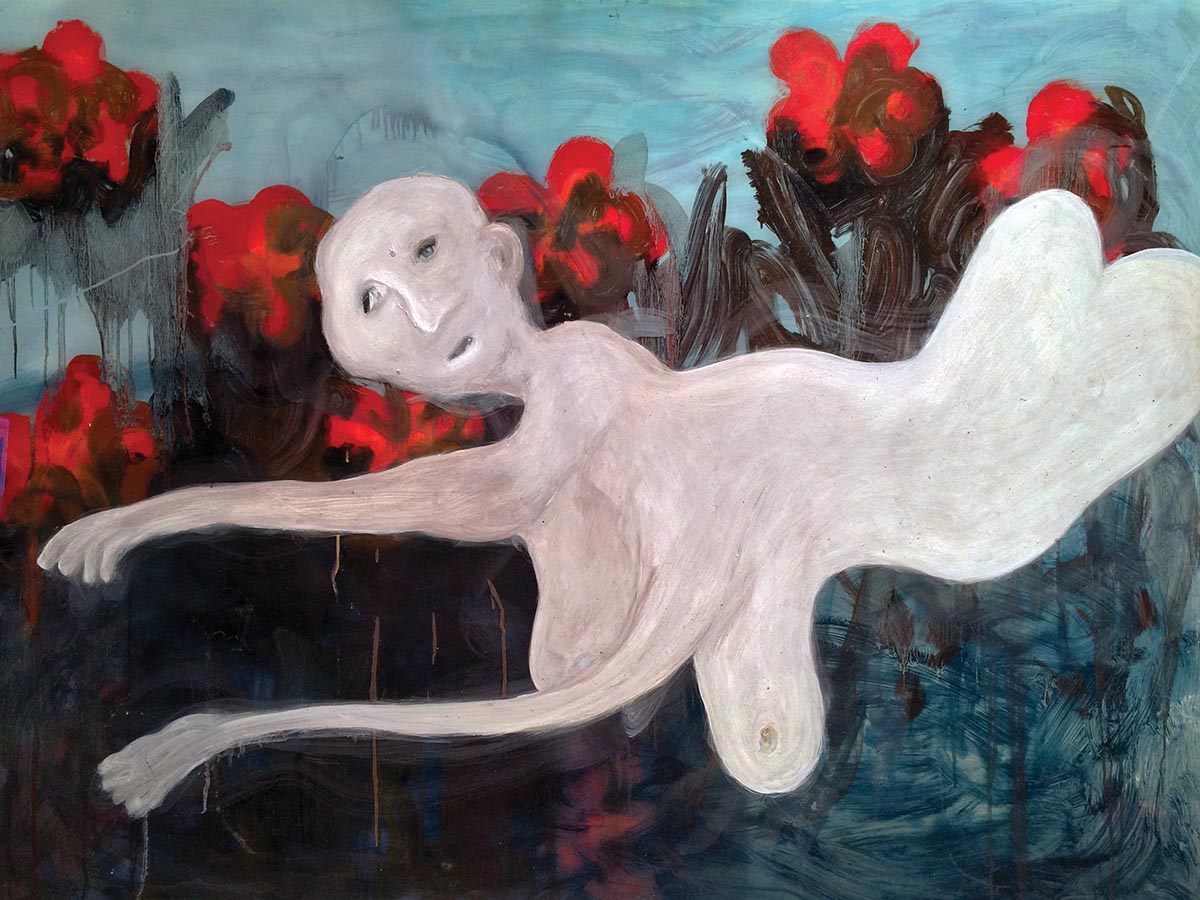 Regardless of how hard I look, there is a part of me that feels locked out of the van Aalten paintings, that disfavors being both passively and actively forbidden from their understanding. “Being an artist is about more than sculptures or making art, right?” the painter said to me, pointing out that the undertaking demands so much observation and record keeping that it requires an entire life, replete with willing disposition, to serve its course. The cycling of subconscious, revelations, dark passages, and droll sweetness is a hall of mirrors we might all walk, though none of our eyes can hit the same blaze of light as van Aalten’s.

In this case, is the act of sharing as good as the certainty of possessing? Ultimately, these transmissions become all one could ever ask for in a painting: a paradoxical attempt to make contact and synchronous diagram of our inability to swim out into the overlap of each other. 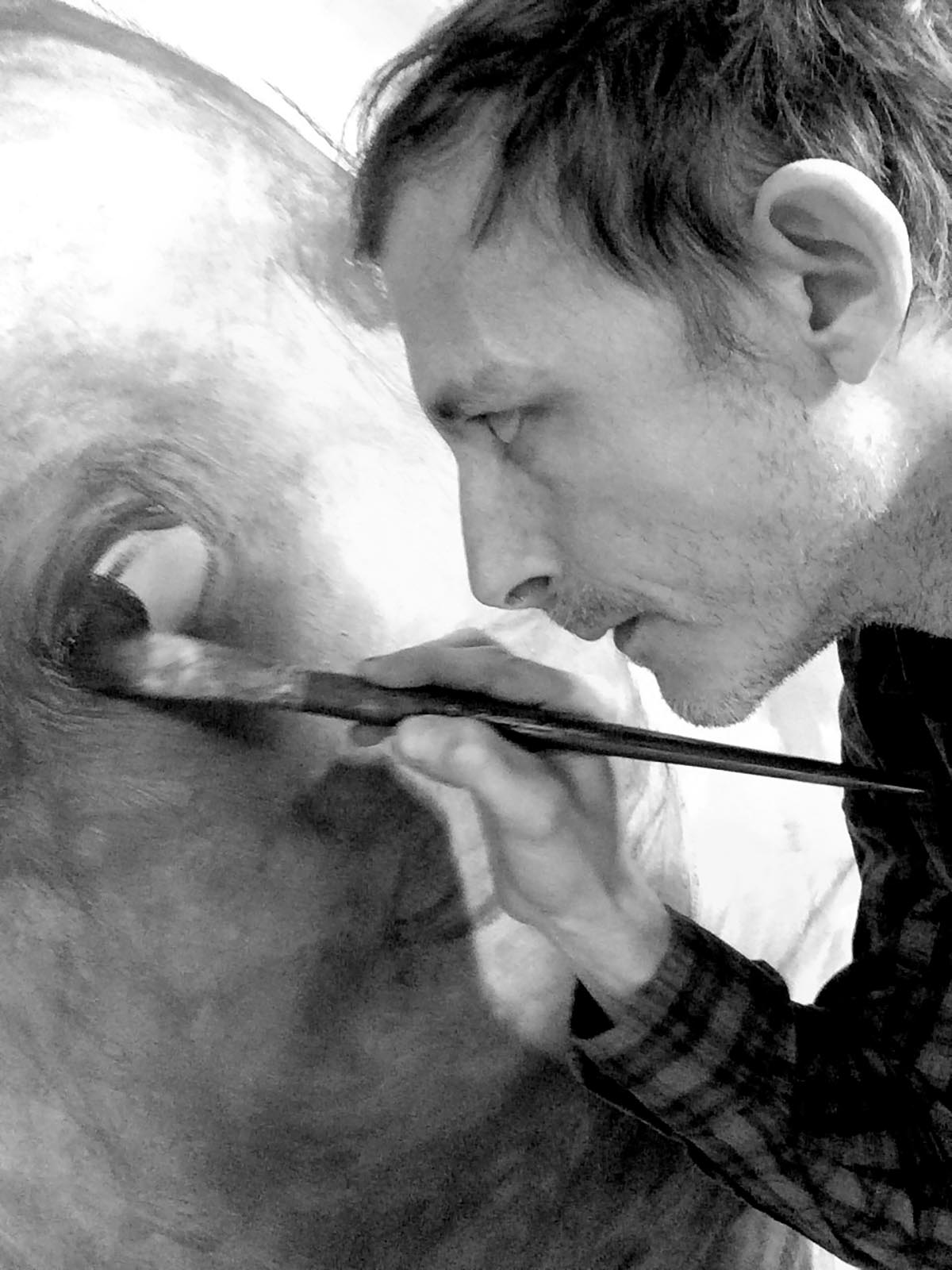 Dax van Aalten will display Transmission at the Red Arrow Gallery from January 13 to February 4.