On Thursday, January 11, the contemporary music ensemble Intersection joined the Fisk Jubilee Singers, the Met Singers, and an ad-hoc Community Chorus at the Fisk University Chapel to perform Upon These Shoulders, the second annual concert dedicated to the memory and inspiration of Dr. Martin Luther King, Jr. Featuring several premieres as well as traditional works, the concert managed to celebrate the life of MLK even as it pointed to the ongoing challenges we now face in seeking a just society. 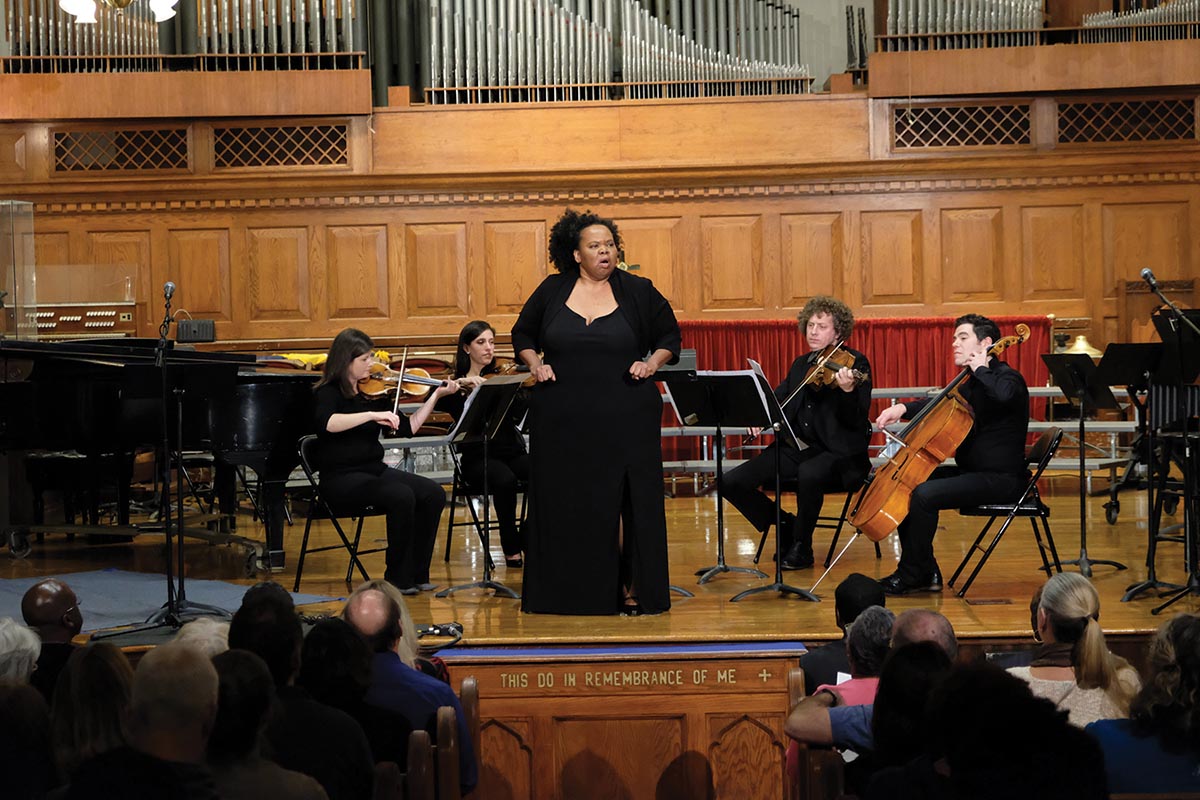 The concert opened with the Met singers performing the Liberian chant “I-She-O-Lu-Wah” under an arrangement by the ensemble’s director Margaret Campbelle-Holman, followed by the premiere of Cedric Dent’s arrangement of “My Lord, What a Morning.” Contralto Gwendolyn Brown then stepped onto stage and gave an exhilarating performance of Hannibal Lokumbe’s “If I Have to Die” from Fannie Lou Hamer, received by standing ovation. As the stage was reset, composer Joel Thompson introduced his Seven Last Words of the Unarmed, a riveting composition modeled on Joseph Haydn’s Seven Last Words of Christ, and contemporary reality stepped in. Thompson took the text of his work from artist Shirin Barghi’s #lastwords project which memorializes the last words of victims of police shootings. Rich, poignant, and powerful, Thompson’s composition served as an excellent reminder that there is still so much work to be done.

After intermission, the Fisk Jubilee Singers performed Hal Johnson’s “Ain’t Got Time to Die” and three negro spirituals with great eloquence. The concert ended with the world premiere of Jonathan Bailey Holland’s I, Too, Sing. Commissioned for this performance by Intersection, Holland’s six-movement work explores “race, equity and youth . . . carrying hope and a vision for the future.” A much more optimistic message than Thompson’s, Holland’s work was a perfect end to an evening of beauty, shock, and inspiration. Upon These Shoulders provides a powerful, collaborative, and community-based way to celebrate a great man’s life.