Red Arrow Gallery | April 14 through May 6 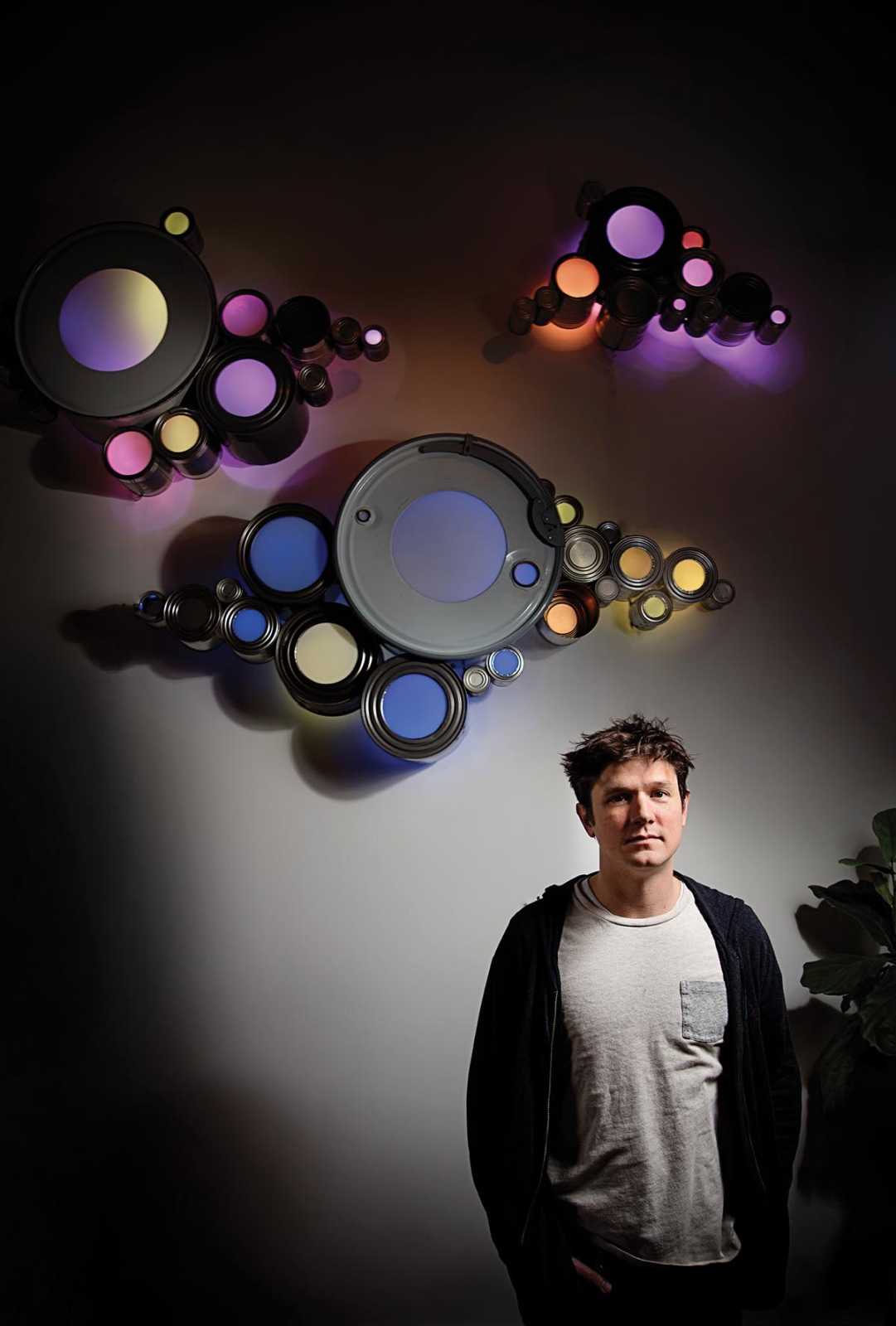 It can be interesting to discover whom people source for their inspiration. Take, for example, Nashville artist Duncan McDaniel. When asked to name some of his artistic influences, he identified three people, each of them representing a different point in the timeline of modern through contemporary art.

The most current artist named by McDaniel is Tara Donovan, a Brooklyn-based sculptor who creates biomorphic installations from unconventional materials such as Styrofoam, plastic cups, and Slinkies. “I am in awe of the sculptures . . . in the way that she finds beauty in the repetition of everyday objects,” McDaniel stated. Representing mid-century American modernism, McDaniel saluted Mark Rothko’s bold color blocks and intuitive palette choices: “Something about the color combinations of his work evokes an emotional response with me.” Finishing the list is early-twentieth-century Dadaist and Surrealist Max Ernst, a source of inspiration for McDaniel since high school for his “truly imaginative” energy and subjects. Ernst’s aesthetic politics were invested in a practice he referred to as frottage, a process through which unrelated forms or objects were positioned in conjunction with one another to generate visual relationships that would not have occurred otherwise.

The impact of these three artists resonates in McDaniel’s work. To be clear, this observation does not harbor a negative connotation; “influenced by” need not be confused as “derivative of.” Rather, McDaniel’s work provides an excellent example of how progress unfolds in the visual arts—it is informed in its aesthetic, thoughtful in its intention, and keen in its form. McDaniel’s influences have generated a foundation from whence he has inaugurated movement of his own artistic accord, a contribution to the conversation anew.

A collection of McDaniel’s artwork will be on view at Red Arrow Gallery in a solo exhibition titled Standing Wave. Having graduated from the Savannah College of Art and Design in 2006, McDaniel earned his bachelor’s degree in painting and furthered his education in 3D design and illustration from Nashville State Community College. The breadth of his interest is showcased; consisting of sculpture and two-dimensional artwork, Standing Wave is a reflection of McDaniel’s commitment to upholding various media. 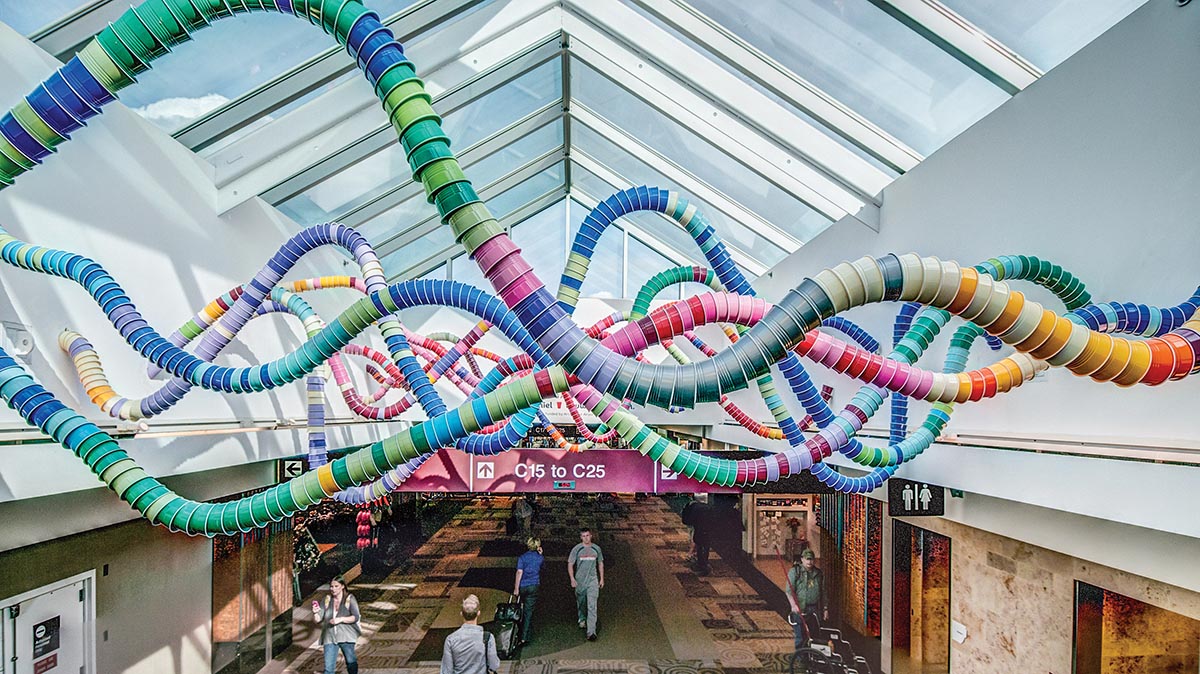 Flexibility is therefore at the core of this exhibition. As McDaniel explains, the title Standing Wave is itself a direct reference to a phenomenon that occurs when a stringed instrument is played. Thus, this exhibition nods to an intersection between plastic and audible art, while also acknowledging the musical identity of Nashville, McDaniel’s hometown. “Standing Wave is a pattern that happens when vibration is applied to a string or resonator fixed between two points,” he explained. “The vibration traverses along the fixed path in a wave pattern until it hits the endpoint and travels back in an equal but upside-down pattern back toward the original point. To the human eye, the string appears to vibrate up and down.” 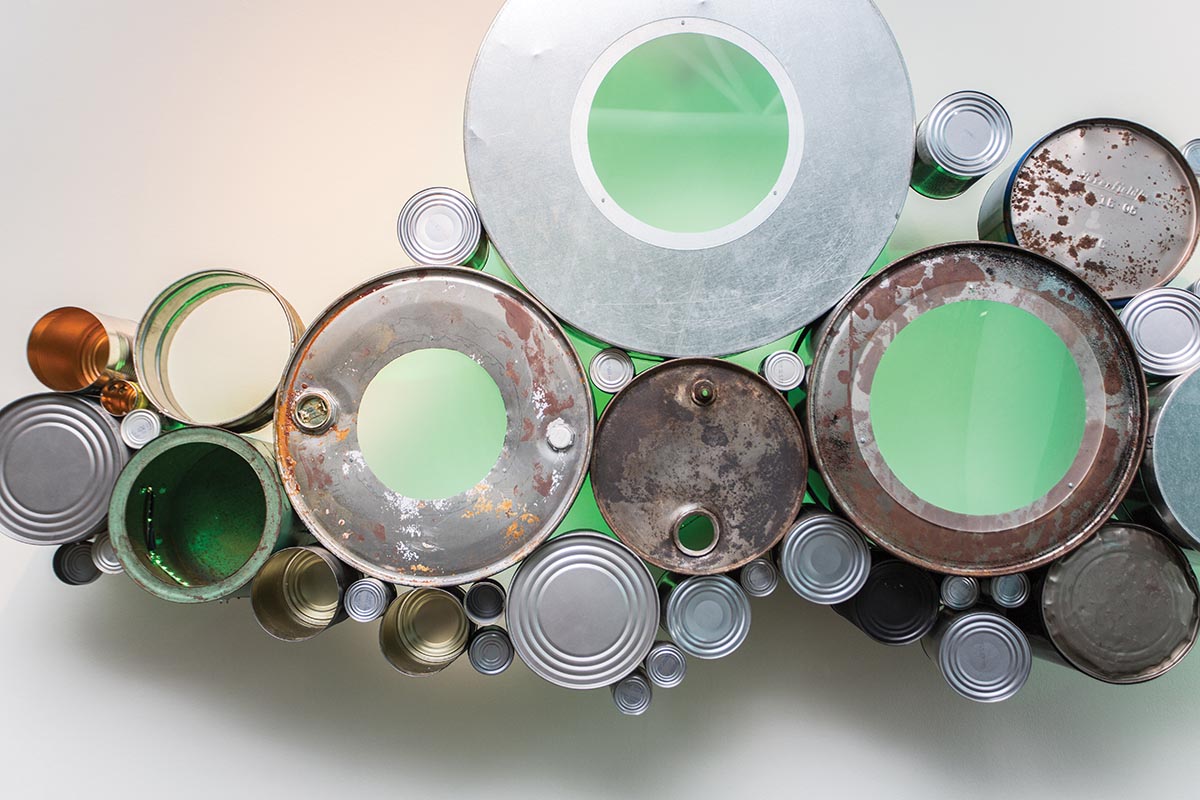 This sense of movement is very much invested in the formal aspects of McDaniel’s art. Upholding strong linear qualities, work such as Color Study 1-6, a series of large, vertical watercolor paintings, exemplifies an organic awareness that seems to direct McDaniel’s technique. Having acknowledged a recent interest in traditional Eastern calligraphy for “the fluidity and simplicity of the materials,” Color Study 1-6 resembles an aerial view of the ocean, as numerous lines of bold, saturated pigments snake horizontally in waves across their respective picture planes. All of the six paper panels are tall and narrow in their 30 x 18-inch dimensions, and although they do not offer an immediate connection to the adjoining panels (i.e. this series is not a single image broken up onto six different surfaces), there is an apparent relationship at stake. It is as though McDaniel wants to churn within his viewers an awareness of momentum, a vitality that perpetuates life even when things may appear to be still. 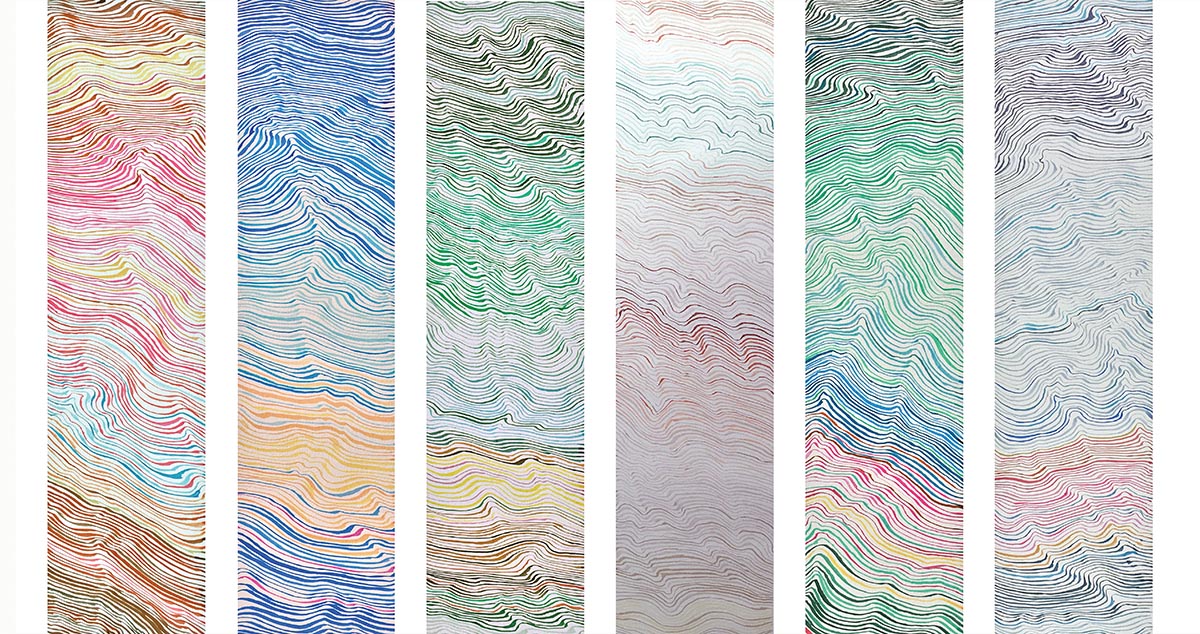 Another of McDaniel’s strengths is his sense of color; the palettes that he employs are, in a word, vibrant. As a result, the color relationships that he establishes further the feeling that his works emanate a sort of pulse despite their static physicality. This vitality translates into a positive, warm nature, a difficult feat given the pairing of selections of unconventional materials. His sculpture series Across the Clouds, for example, consists primarily of tin cans, a medium of industrial connotation. Yet these sculptures are highlights of Standing Wave largely due to their success in transcending their material associations and mediating a sentiment of nurture. This effect was achieved by incorporating electric light into the work that emits pastel hues from the structures. “Across the Clouds is about the overseas relationship I had with my wife,” explained McDaniel, who maintained a long- distance relationship prior to getting married. “The concept of this piece is inspired by tin-can telephones and our communication.”

Despite the utilization of artificial light (Across the Clouds, quite literally, glows), the sincerity of the work is not feigned. This is perhaps emblematic of McDaniel’s ethos as an artist. “Much of the work I’m making is about process and finding satisfaction,” he explained. “The work is by nature light-hearted, and I hope the viewers walk away with the same sense of joy I feel when making the pieces.”