The lanky, unassuming, slick-headed bassist-cum-international fashion model (he has graced Parisian runways, Vogue and GQ magazines) would be the last person to boast of his six Academy of Country Music Awards. And though he’s laid the low end on over 60 gold and platinum records, he forgot to mention it in our interview. He has accompanied such genre-spanning legends as Dolly Parton, Steve Winwood, Vince Gill, Larry Carlton, and the Dixie Chicks, among others, as well as carried membership cards in many a local band, including cult-favorite 80s outfit The Nerve.

“There’s no substitute for the synergy of musicians in a room at the same time. The magic happens when one person plays something and the other answers.” 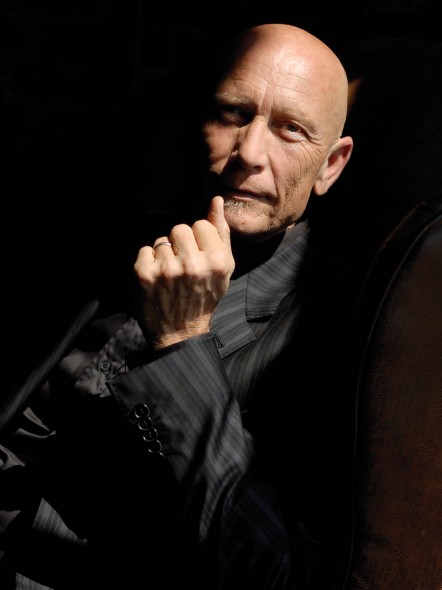 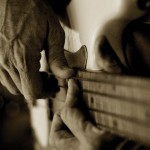 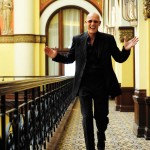 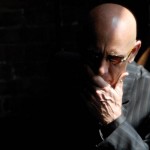 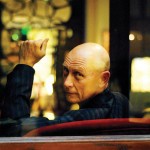 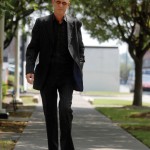 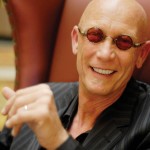 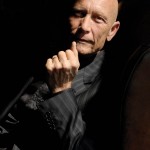 Despite his reputation as one of Nashville’s first call players, the humble Rhodes is a prime example of the “graciousness” which he assigns to his peers in the talent pool. “I’m really just a blue-collar worker,” says Rhodes, on his skill-for-hire. But mastery of his musical gift has earned Rhodes a spot on Music Row’s A-team session players. Both in the recording studio and live on stage, Rhodes is a creative force that artists have been employing over the past 40 years. Hits like Lee Ann Womack’s I Hope You Dance, Shawn Colvin’s Sunny Came Home, and Darius Rucker’s recent It Won’t Be Like This For Long all feature Rhodes’ tasteful bass lines.

Rhodes arrived in Nashville in the late 70s after stints in Memphis and Austin where he learned quickly that musicians could “play themselves to death in bars,” he says. His lucky break came when a friend of a friend hired him as part of the house band tracking demos at Tree Publishing. Suddenly surrounded by writers who were penning the country classics, writers like Harlan Howard, Bobby Braddock and Curly Putnam, the self-taught bassist received an ivy-league education in collaboration. Recalls Rhodes: “It was a great crash course in the art of playing the song, and [figuring out] what was needed for a song.”

The 80s ushered in a “coming of age” for bassist Rhodes, particularly when legendary Traffic frontman, Steve Winwood, invited Rhodes to be a part of his solo Roll With It world tour. “Steve was a hero of mine growing up,” says Rhodes, who accompanied Winwood night after night on era-defining jams like Higher Love and Back in the High Life. Prior to the Winwood tour, Rhodes says it was just an “incremental awareness” that he was beginning to make his way in the music business.

His session work flourished in the 90s as country music boomed with Garth Brooks and Shania Twain. “It was pretty much all studio work,” Rhodes says. “Lots of people got signed; lots of labels formed, so there was more work.”

Which brings us to the present, where masters like Rhodes, who’ve contributed to the body of popular music in and outside of Nashville for so many years, are seeking alternative, albeit “no less interesting and rewarding” routes, says Rhodes.

“There’s a hole in the ship,” says Rhodes. “Despite all warnings, the ship thought it could successfully navigate through this iceberg field, and it couldn’t. We can’t rely on the old business model. It’s time for new, entrepreneurial endeavors. It’s all hands on deck now.”

All hands on deck, for Rhodes, means finding ways to “stay relevant.” Mentoring young talent is the first step. “It’s the future,” Rhodes says, and, given his experience, there’s a deep well from which to draw. “I’m looking for artists I can guide or get the help they need. There are some amazing young writers and singers coming to town who have a lot to say.”

In addition to imparting wisdom he has collected over the years, Rhodes is building a home studio in his Green Hills pad. “It’s the way most session players are going,” he says. Given the shrinking recording budgets, home recording—and sending files digitally—allows Rhodes to be engaged in projects of interest even if the monetary payoff isn’t what it used to be. Says Rhodes: “First and foremost, I’m a musician. If it requires a financial adjustment on certain levels, I’m willing to do that.”

Lucky for Nashvillians, Rhodes is keeping the magic alive with a full plate of live gigs on local stages. “Music is meant to be listened to, and it’s not music until it’s heard,” Rhodes says. Currently Rhodes is a member of six different bands that, on average, can be heard in Nashville once a week.

He admits that he thrives within the community of a band, which “keeps [him] honest” and guards against falling into familiar patterns in the studio. The Players features in-demand session musicians like Paul Franklin on steel and Brent Mason on guitar. Other outfits Rhodes is part of include hit songwriter Gary Nicholson’s The Fortunate Sons, the jazz-infused Oz Noy Trio, the Pat McLaughlin Band, The Delta Playboys, and The Purifires, with Bonnie Raitt’s guitarist George Marinelli.

When asked about his own successes, Rhodes points to the inspiring influence of his peers: “The rising tide raises all ships,” he says. “There’s a willingness to help a fellow artist rather than hold them back. That was true in the past and is true today.”

He doesn’t have a precise road map for the future, but he says he lives by this motto: “Must Be Present To Win.” So he always shows up. How cool is that?