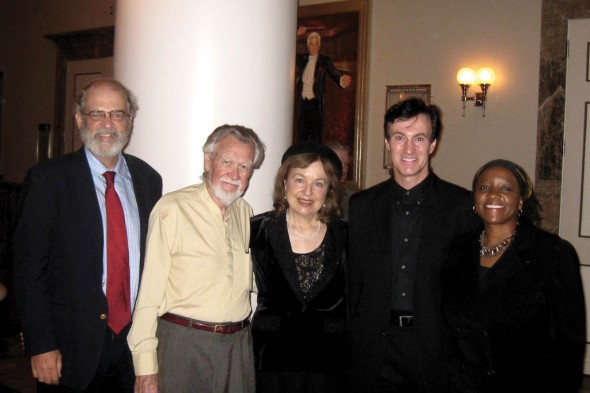 The play was written and produced by Thurston Moore, president of Tennessee Players, Inc., also a lifetime friend of the Schweitzer family. Schweitzer’s hero was Bach, and he played the music of Bach throughout his life.

Albert Schweitzer won the 1952 Nobel Peace Prize; he lived and worked as a medical missionary in Africa for the majority of his life. He and his wife founded a hospital, Lambaréné in 1913, during WWI and a time when few people had the ability or support to do humanitarian work. Even his own daughter questioned why he gave up so much to come live in Africa. He replied that it was Africa that gave him his philosophy.

Naomi Tutu first became involved with the production in 2004. Tutu’s life work in human rights includes a breadth of experience; she is also the daughter of South African Archbishop Desmond Tutu and his wife, Nomalizo. On Schweitzer’s legacy she shared, “There’s a continuing relevance of Schweitzer’s core message ‘reverence for all life.’ What a difference it would make in the world if we started each day that way.”