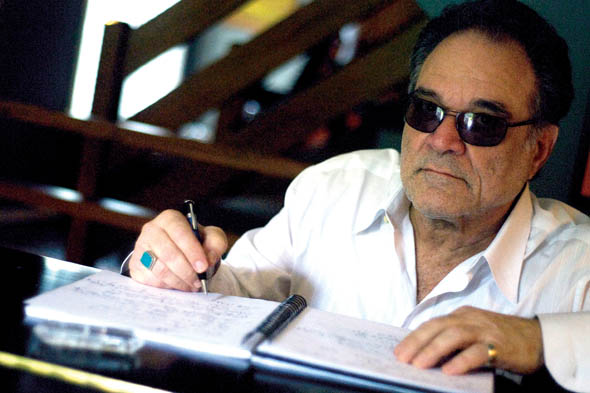 It’s hard to imagine that one little lyric buried at the end of a second verse was the bridge that led Glen Campbell to Larry Weiss. But one passing line in a then-unknown tune called Rhinestone Cowboy caught Campbell’s ear and suddenly afforded a “world of reputation and receptivity” to Weiss, the Nashville-based songwriter recalls.

“The thing that made Glen Campbell record Rhinestone Cowboy was not the big sing-along chorus. He told me it was two lines of lyric…. In the second verse, I was stuck on that section in the first verse that said, ‘There’s been a load of compromisin’ on the road to my horizon.’ I changed one phrase from ‘there’s been’ to ‘there’ll be’ and the insight of that [one change] was tremendous to Campbell,” Weiss says.

For over 40 years now, Weiss has been collecting words and dreaming up melodies that have moved artists from Campbell, Barry Manilow, and Three Dog Night to Dionne Warwick, Karen Carpenter and many others who have recorded Weiss’ insightful songs. And although the iconic Rhinestone afforded Weiss much appreciated “mail box money,” Weiss, now in his 60s and a 17-year veteran of Music City, has no plans for retiring anytime soon.

His West Meade flat serves as ground control for Weiss’ creative pursuits: songwriting, painting, script-writing, playwriting, even developing a boutique hotel in Nashville called the Rhinestone Cowboy. Colorful, abstract works of art—most by Weiss’ own hand—hang from the walls. Several rooms house pianos and keyboards, while notebooks full of ideas for songs, novels and screenplays are scattered about. He has the exclusive rights to develop Rhinestone Cowboy into a musical, has written the screenplay and all the music and expects to conclude an arrangement to move the project further along. Says Weiss, “The creative spirit is something you cannot take for granted. As soon as you do, it dissipates. It’s a gift you have to honor.”

His philosophy of making art is best summed up by a quote from his ex-wife, Weiss notes. “She said to me, ‘Larry, after witnessing your madness, I notice that you write two types of songs: one shoots through you like lightening. The other you struggle with because God is busy talking to the neighbors.’” Weiss says he still keeps it simple: “I pretty much sit down at the piano and look up.”

When he started writing songs as a teen in Queens, New York, Weiss says he was merely looking for a way out. “My father ran a textiles business, and I wanted no part of it.” His childhood was filled with music. He vividly remembers the intoxicating sounds rising from the mixed cultures in his working-class neighborhood.

Weiss moved his family from the East Coast to the West Coast in the early ‘70s after his writing career had begun to bloom. In California, he felt a calling to capture his own artistic vision on disc. With singer/songwriter music thriving during that era, Weiss recorded and released his debut, Black & Blue Suite, on 20th Century Records.

Rhinestone Cowboy was among the tracks. “It was a laborious writing process, because something told me I had to spend a lot of time on that song,” recalls Weiss. “It took me about three to four months to write, and it was really a reflection looking back on where I had been in New York. I was picturing myself walking the streets like I used to.” Campbell heard Weiss’ version from Black & Blue Suite, and soon the whole world was singing the song born from Weiss’ personal, nostalgic moment.

Weiss took a 34-year hiatus from recording and in the interim continued to write songs for other artists. It wasn’t until a few years ago that he crafted his follow-up CD, Cuts and Scratches.

“I was scared to death to record the very first time,” he admits, even going so far as to see a hypnotist to help him get over his insecurity. “But I wasn’t waiting for somebody to say yes [to release Cuts and Scratches]. I did what I wanted to do and wrote my own check for it,” he says.

He credits his curiosity, abundant then and now, with pushing him on toward the next project. “I try to keep my life as interesting as possible and develop things I believe in,” he says. 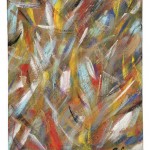 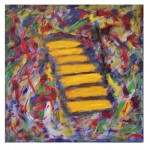 The Way and the Way It is 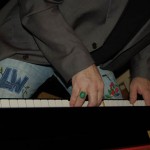 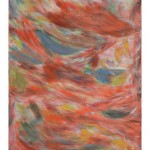 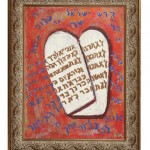 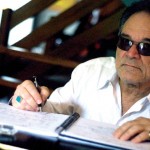