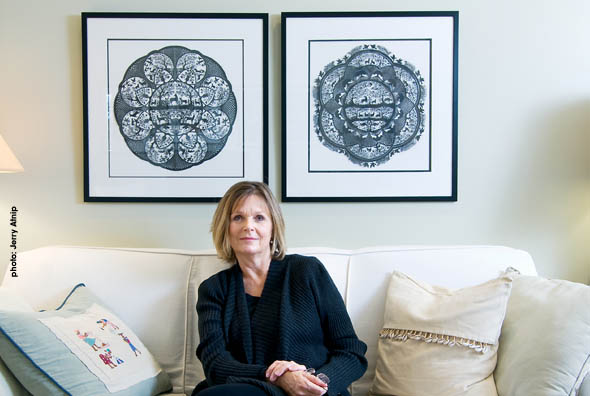 Think back to the first time you saw a Cirque du Soleil performance. Remember how it made you rethink what it is to be a circus? Beth White’s astonishingly intricate silhouettes are doing the same thing for the centuries-old practice of paper cutting. She is redefining the art.

“I take a black piece of paper, and then I cut away what I don’t want…”

Historically considered a poor cousin to photography and portraiture, silhouettes—the name comes from Etienne de Silhouette, the miserly finance minister under Louis XV—once provided an affordable alternative to those more-expensive art forms. And the stereotypical image many have of a silhouette (also called scherenschnitte in German) is the child’s profile hanging in an oval frame on Grandmother’s bedroom wall.

And White’s modest, understated description of her own work does little to alter that view. “What I do is take a black piece of paper, and I draw the image I want on the back. And then I cut away what I don’t want,” she said, even as the pieces hanging around her on the walls of her Sylvan Park condominium bespeak a more complex origin.

What White really does is render beautiful, sophisticated images using elaborate patterns that she painstakingly cuts away using a No. 11 X-Acto knife while wearing jeweler’s glasses. The result is art with a wow factor, which has appeared on album covers, book jackets, her own line of greeting cards, and in private collections around the world.

“This is not an art form for the technology age.”

Perhaps in homage to the heyday of silhouettes in the nineteenth century, many of White’s pieces have a wistful, yesteryear quality to them. “That’s my favorite period,” said White, a Maryland native who came to Nashville in 1973 after graduating from Tulane. “I like the ‘40s, and I did some ‘50s work, and I’ve done modern silhouettes too, but I don’t like them as much. They don’t have the charm. The nineteenth century was a charming era,” she said.

Recurrent motifs in White’s work, particularly in her earlier pieces, include women, cats, and open windows with curtains wafting in a gentle breeze. “The windows started as a way to layer things; then you have to put somebody in front of them, and women are more fun to do than men. They’re more sensual, and they have more curves; they have more things—physical features, clothing—that you can work with in silhouette. And cats have a sensual thing to them that I really like.” 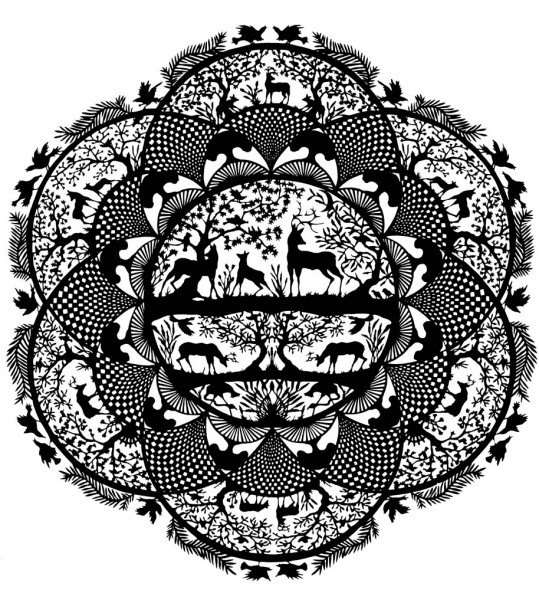 The layering that White refers to has become the defining quality of her work. “When I first started doing silhouettes, they were two-dimensional, like silhouettes are—everything sitting right next to each other,” said White, who has a degree in printmaking. “That’s what I started with. And then I did a piece for Garden Design magazine, and I thought ‘I want her on the other side of the fence.’ And then I realized I could do that with the pattern, and I began layering. That’s when I started taking it from two-dimensional to, visually, three-dimensional.”

Following this creative breakthrough, White entered the most productive—and exhausting—phase of her career. “A typical piece takes about 60 hours to design, cut and clean up. I used to do ten a month. Can you fathom that?” she asks. “And then I’d sell them for $100 apiece, because I was just so happy to be selling my art. I was working so much that I’ve seen some pieces from that period that I have no recollection of cutting.”

The prolonged intensity predictably took its toll. “I started in 1975 and I worked for 15 years. Then one day I woke up and stopped. I just felt that I’d said it; I’d done it. I was finished with the medium at that point,” White said. “I took a straight job, with health insurance and everything. Then 15 years later to the month my agent in New York called and asked if I wanted to try it again.”

With a job as an elementary school art teacher to fall back on, White agreed to begin working again, with the understanding that she would pick and choose what she wanted to do. “I think that’s how I went under all those years ago. I was doing anything. I was doing too much, too fast.”

And then her eyes light up with a sudden realization. “I just remembered why I quit 15 years ago! That’s so funny. It was because the fax machine came in. When I quit, technology was ramping up, and all of a sudden everybody could have everything immediately. And they’d say ‘Send me the drawing yesterday.’ And I couldn’t do that. And the pressure of that was really something I didn’t want to play with any more. All of a sudden instead of having a month to do a commercial piece I had a week. And my work doesn’t lend itself to that. So I left it for that reason, because of technology.”

“I don’t like how fast this world is going. I understand the pleasure of doing things slowly by hand—I like it that Jethro on NCIS [the television show] is building a boat in his basement without power tools. I totally get that. We don’t have that luxury any more. People want everything fast.

“This is not an art form for the technology age,” White said of her work. “People will say, ‘Well, can’t you just draw it?’ And I say ‘Sure I can just draw it but I like to cut it.’ It’s the cut edge that’s interesting. The drawn edge and the cut edge are two different images. A cut edge is crisper; it’s more defined. A pencil edge, or even an ink edge, has a bleed to it, if just a tiny bit. You can’t fudge with a cut edge. It’s either right or it’s wrong.”

She pauses and thinks for a moment, then looks at a grouping of silhouettes on her dining room wall. “We’re losing this,” White said, pointing to them. “There’s something to be said for craftsmanship. And this has a lot to do with craftsmanship. I cut very well, and I draw very well. I don’t do a lot of other things well,” she said, smiling. “I’m very specific in that. But that’s part of developing a craft, and it takes time.”

With that White appears to realize that her special blend of artistry, dexterity, and patience might have had difficulty finding satisfactory expression had she been born into today’s fast-paced world. “People today can do a lot of things a little bit. Our culture encourages that. But I’m definitely detail-oriented. It’s a curse and a blessing, I guess. This, my art, is turning it to its best side. I was lucky to find an outlet for my detailed obsessiveness,” White said. 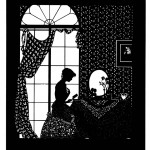 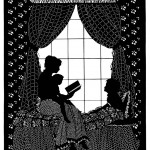 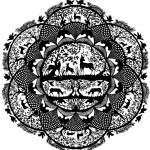 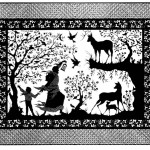 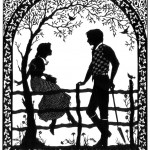 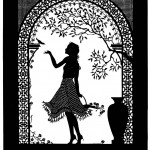 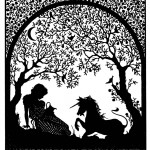 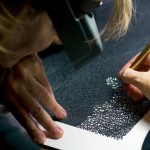 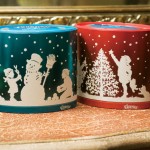 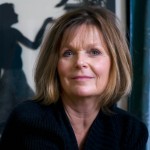 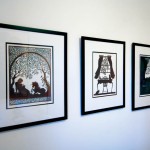 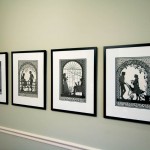 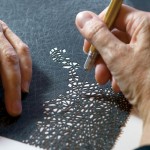 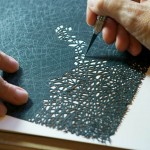 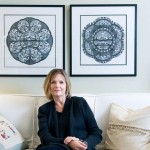