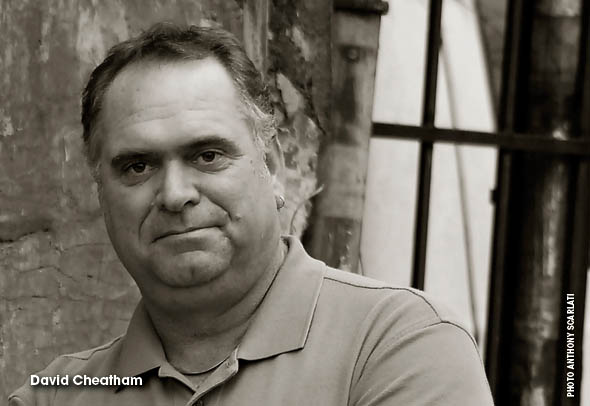 April 20, 1997 was not a good day for David Cheatham. That was the day his house burned to the ground. He remembers it like it was yesterday. Dropping his two boys, Duncan, 1, and Cameron, 4, from the second-story window into the arms of their mother and then taking the leap himself are not things that are easily forgotten. That night everything was lost . . . well, not quite everything.

“After the fire, everything looked different; the grass was greener, the sky bluer.”

Fortunately, the children were unharmed, but David and his wife suffered multiple injuries. Cindy was confined to a wheelchair for several months following the event. Support from family and friends supplied them temporary housing and a few pieces of clothing. After shopping for a new home, they found a modest, one-level brick home on a quiet street in Mt. Juliet. Sure enough, a fire hydrant sits curbside out front.

With a new roof over their heads and little to fill the blank spaces, Cheatham was looking for something to brighten up their home. “I found a nice print and had it framed to liven up one wall, but there were a lot of blank walls. Up to this point, art or original paintings had never been on my mind.”

David has worked as a serviceman for a utility company in Nashville for the past 25 years, starting when he was just 19 years old. After a period of leave from his job following that frightful night, he was back to work and with a new outlook on life. “After the fire, everything looked different; the grass was greener, the sky bluer. I started respecting my surroundings more.” Years on the job had required David to go into people’s homes, but it wasn’t until now that the posh homes in Brentwood and Green Hills had something to offer him. David began to notice that what were once, to him, just pictures on the wall were actually beautiful works of art.

One visit to a home stands out for him. Noticing a large wall filled with paintings, he asked the owners about them. Cheatham says, “The couple explained that they were original etchings and paintings, and most were by an artist named Paul Lancaster, whom I had never heard of. Every Christmas they’d go to Lyzon Art Gallery and buy another etching or painting, and this was their only gift to each other.”

He decided to check out the Lyzon gallery (unfortunately, now closed). Walking in, despite wearing his uniform and feeling like “the gas man” as he likes to refer to himself, David felt welcomed. “I guess that’s when my love and respect for art began. I started going in a lot after work to admire the talent that others had and shared through their creations.” David would continue to go back and buy original pieces. Acquiring them was only the first step as he found interest in learning more about the artists themselves.

He befriended artist and Nashville resident Paul Lancaster, whose work makes up the largest part of his collection. It was a friendship that led to meeting other artists and an appreciation for different styles—plein-air, impressionist, abstract, folk, sculpture and carvings. In addition to Lancaster’s, on his walls and mantel are works by Creason Clayton, Paige Morehead, Joel Knapp, Anton Weiss, Tom Moore, Phil Ponder, Bitsy Hughes, Streater Spencer, Sterling Strauser, David Burliuk, Anna Ray, Philip Perkins, Vannoy Streeter, and others. Nature and floral subjects dominate his collection.

David became aware of how one artist can influence another and was driven to collect works among the “Strauser Circle”—those discovered by Sterling Strauser and who, like Strauser, were less known but still regarded as significant twentieth-century artists who employed their own techniques. David is intrigued by the fingerprints and strokes he sees on the surfaces of Strauser’s paintings.

He is a man that people may at first assume not to be an authority on art, but he sets a great example. “I have fallen in love with art, what it means, and grown to appreciate what it took to create it. I have found that to be a collector you don’t have to spend a fortune, and there are a lot of local galleries and artists willing to help anyone who walks through the doors to learn about their work.” In a strange twist of fate, as one fire consumed his home, another fire was lit in David Cheatham. Today he looks back at that painful day and appreciates the opportunities those burning embers have created in his life. He adds, “Stop and look at art; take the time to appreciate what [the artist] sees and welcomes you to see and you will be richly rewarded.” 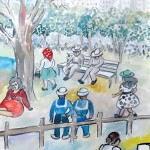 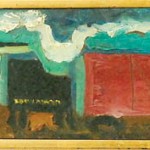 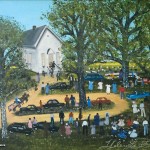 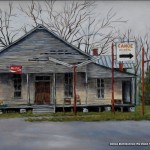 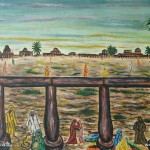 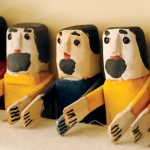 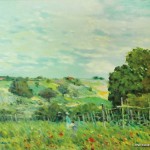 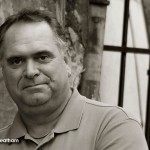 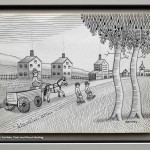 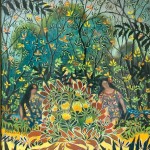