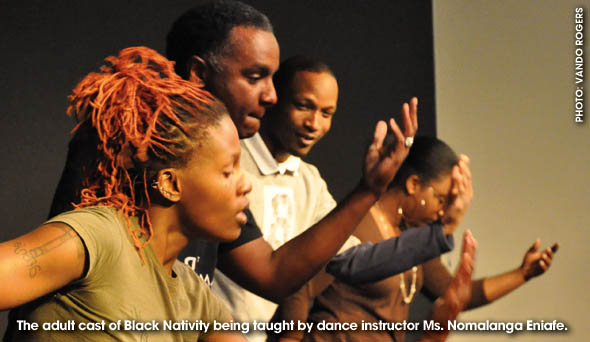 Actors, directors, writers or even tech virtuosos, whatever the discipline, have all been known to start theater companies, and the reason is always the same. Something is missing on the boards, and they have the vision and fire to fill the void with their own special gifts.

Dr. Jeff Obafemi Carr is the founding artistic director of the Amun Ra Theatre. “When I began my acting career in Nashville, good roles for black talent were scarce, to say the least. I wanted to change that. The next few years, as I traveled the country, I devoted my spare time to studying what worked and what didn’t for African-American theaters nationwide.”

Anyone who knows Carr knows that he has a flair for the dramatic (really?). As a student at TSU he organized a sit-in to raise money for a new theater, and more recently he took to the roof of his own new theater space to raise awareness for Amun Ra.

“Artists have two things in common: we are creative, and we are fearless. If we don’t step out there with new and exciting ideas, we grow stagnant. ART has the distinction of being the first black theater with its own facility in Nashville since The Majestic in 1906—that’s 103 years. Some people thought it couldn’t be done, but we believe in aiming out of the galaxy so we can at least reach the stars. Our philosophy is to be a professional theater ensemble, located in the heart of the community. People who live across the street from the theater actually helped us build it. In the spring, we’ll be opening the lobby as an after-school hangout for teens, and our Performing ARTs Academy is taking the unprecedented step of going to Ghana next summer. Our kids, ages 9 to 13, are going to join our professional actors/instructors and students from Lipscomb University and travel across the waters to add a theater annex/recreation room onto a needy school and jointly learn about the performing experience with kids their age. Our performances, as well as our training opportunities, are geared toward the symbiotic learning experience—we learn as we teach and vice-versa, all the while exposing the light within us all.”

“Amun Ra Theatre—an Egyptian name meaning The Hidden Light. I’ve always believed it to be divine providence that the acronym ended up being ART.”

Amun Ra Theatre’s ambitious new season is aptly titled The Future Is Now. It includes The Bluest Eye and Waiting for Godot (two challenging pieces Carr believes are going to light up the local landscape), Topdog/Underdog, The Colored Museum, Route 66: Finding Nat King Cole, and the perennial Christmas favorite The Black Nativity. The season kicks off, however, with Carolyn German’s new play Signs of a New Day, the story of a Civil Rights legend, performed in the theater that is named after him. A collaboration with Metro Nashville Parks, Signs of a New Day: the Z. Alexander Looby Story is based on the life and accomplishments of acclaimed Civil Rights attorney Zephaniah Alexander Looby.

Carolyn German: “This project began about two years ago, when I first took on the management of the Looby Theater. As I did more research about Looby, the more intrigued I became with him. So many aspects of his life are fascinating, and I knew I had to tell this story on the stage.” Signs of a New Day runs January 22–February 6, 2010 (Fridays and Saturdays at 7:30 p.m., Sundays at 3 p.m.), tickets through Brown Paper Tickets, $15, Z. Alexander Looby Theater, 2301 Rosa Parks Boulevard, Nashville.

Dr. Jeff Obafemi Carr has created a strong foundation from which to create lasting good and enduring art. Dr. Carr: “Realizing we all are gifted with something, we are compelled to share with others. That’s the magic of theater, and that’s the gift that is Amun Ra Theatre.” 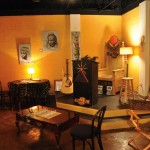 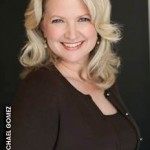 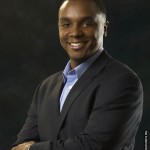 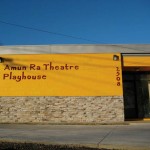 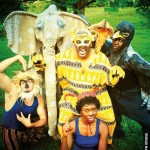 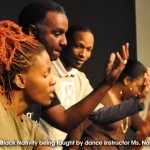