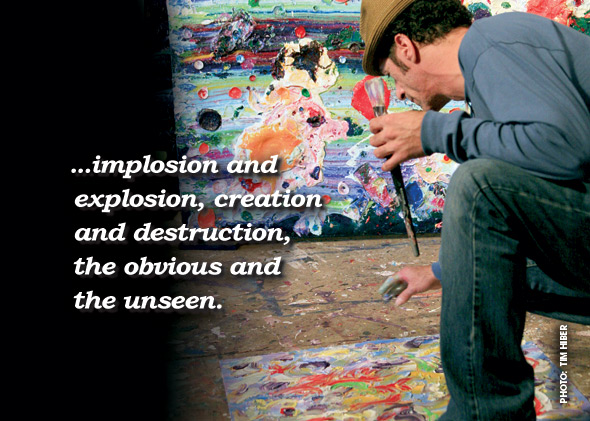 Richard Heinsohn and his art are spot-on in a rapidly changing world. His intuitive style of painting connects him to the universal energy that exists between all matters and has the ability to bring the viewer into the explosive and exciting pieces that are his work. “I think an artist has a responsibility to reflect something about life, to be informed and to be informative, to inspire and be inspiring, most importantly to be relevant,” he recently observed.

Stacked canvases and works in progress fill Heinsohn’s studio in Inglewood. In fact, they fill a rabbit warren of rooms behind the studio and spill into his office. Yet another 100 pieces are stored off site with a friend. Done in non-toxic, water-based acrylic gels, his newest creations are in varying stages of completion. The colorful signature “craters” that are a motif of his work seem to sparkle and pulse the longer one stays in the room.

Heinsohn is interested in the macro and micro aspects of human existence. Each piece of his art is undeniably a statement of the cosmic force in nature: implosion and explosion, creation and destruction, the obvious and the unseen. His fascination with the Big Bang was integral in the evolution of his style. After viewing what appeared to be an entire galaxy through an electron microscope, colorful and seemingly infinite, he was hooked.

It is this intuitive connection that results in an array of brilliant orbs and bands of color, the very same style that first caught the eye of the late, esteemed New York City gallery owner Allan Stone. Heinsohn’s consideration of existence and his ability to arouse curiosity led to his inclusion in a show of featured works that included renowned artists de Kooning and Kline at Stone’s gallery in 1995. This type of validation is something many artists dream of but never realize in a lifetime.

Works titled Carnival in Darkspace, Mega Metamorphosis, The Grand Exchange, and Nature’s Chaos are all indicative of this visionary’s talent. Almost professorial, Heinsohn is able to articulate his fascination with the mysteries of life using the language of abstraction.

“I am a very, very intuitive painter,” he says while adding color to a work in progress. “We think of craters as evidence of massive destruction, yet they have often resulted in the creation of ecosystems, such as a lake. We live on a dangerous and volatile planet. To an artist mystery is key. We have the ability to transform, to take the microscopic to the telescopic.”

Upon closer inspection, one finds that Heinsohn’s newest work, for example The Giant Leap, includes not just an incredible array of color and form but also items of whimsy, such as the frog imbedded in the canvas. “It was a gift from the Chattanooga aquarium. I use planks, gloves, paint caps, fabric, and plastic toys like Princess Leia to show how everything in life is immersed in an ongoing process. Life is a vast process,” he concludes.

While the larger pieces of Heinsohn’s work sell in the five-figure range, smaller pieces are significantly more affordable. With an art market on the rebound, there is no doubt that his work will find a home in many collections, both big and small. Painting daily, teaching and interacting with other artists are things he intends to continue for the rest of his life. Someday, he hopes to take over an industrial building and create a space for artistic interaction.

“Good art stimulates us to think about life and our responsibilities. I’m trying to get to the place where people are able to see synapses.” He has built it, and they will come. 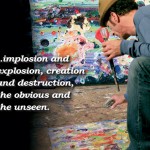 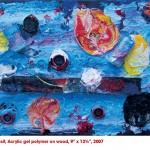 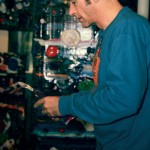 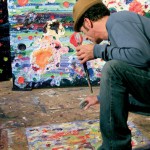 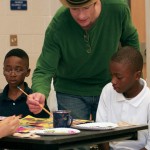 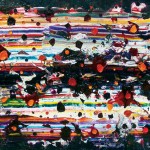 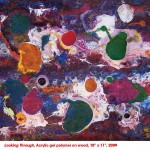 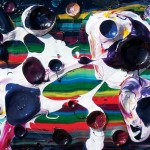