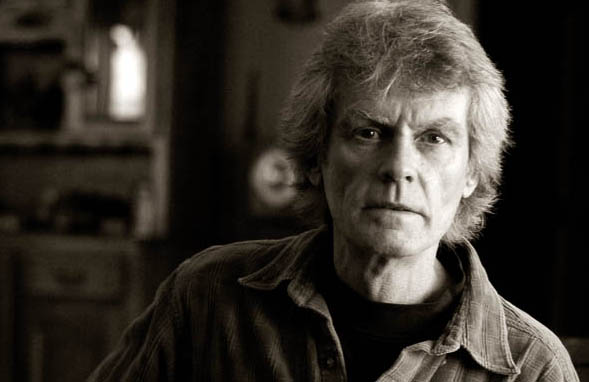 No other city in the world celebrates the six-string like Nashville, Tennessee. On every street corner, dive bar stage or Music Row writers’ room, somebody is plunking out a tune. Because of its sound, size, and portability, the guitar has inspired both professional musicians and casual players. Here in Music City, we have access to some of the world’s finest luthiers, or guitar makers.

Australian-born Nashville transplant Mark Lacey tops the list. Lacey, a thirty-five-year veteran of constructing and restoring fine instruments, began his training at the London College of Furniture and Interior Design. While he cut his teeth studying Renaissance and Baroque instruments like the lute, he chose to focus on modern fretted instruments. Intoxicated by the pungent scent of wood dust and lacquer fumes, Lacey—a musician who got his first ax at age six—found his calling.

He perfected his technique through a variety of training with top-shelf instrument fabricators from Norway to Rhode Island. He even served a brief stint as a repairman for George Gruhn in ’81 here in Nashville.

Los Angeles called, and Lacey had the once-in-a-lifetime opportunity to work with the legendary Bill Lawrence at his custom guitar shop. Lacey, a fast-rising star in his own right, opened a shop of his own, which allowed him to concentrate on crafting custom instruments, for which he is well known today.

Lacey says finding his niche allowed him to build a reputation in such a competitive field. “It was my wife who said, ‘What can you make that not everyone is making?’” Lacey says. “Back then, there were only a handful of luthiers making archtop guitars.”

Archtop guitars, Lacey explains, emerged in the 1920s primarily to “compete with the brass.” The arched top produced “cutting” volume, Lacey says, that projected better than the flat-top guitar. It was a welcome addition to large orchestras, as amplifiers had yet to be imagined.

Today, archtops and semi-solid guitars comprise the bulk of Lacey’s catalogue. While the starting point for a songwriter may be a scrap of lyric or a line of melody before a song is born, the luthier begins with a pliable sheet of wood.

Michelangelo often said his role was to free the figure from the marble he was carving, and Lacey draws a parallel: “Like a sculptor with a block of stone, you have to visualize what’s in [the piece of wood].”

Lacey’s preference is western bigleaf maple, often called flame maple, for the back and sides of the guitar, as it offers an aesthetic beauty with its complex, striated grain. For the guitar tops, Lacey’s personal favorite is Sitka spruce. “Sitka is fairly stiff compared to other variations of spruce because it gives a little more punchiness to the sound,” he says. “A majority of my customers are jazz players,” Lacey notes, and most of the guitars he builds depend on the whims of the customer.

His business is about eighty percent special orders, which means guitar enthusiasts will contact him with specific ideas about the composition. For instance, after a recent customer expressed his passion for deep-sea fishing, Lacey dreamed up the Blue Marlin. Every part of the Blue Marlin, from the azure color to the seashell inlay on the fingerboard to the engraved galleon on the tailpiece, reflects the customer’s tastes. “It’s always satisfying in the end when you string a guitar up and play it…but it’s also the customer being satisfied that matters most,” he says.

Over the years, he admits that he hasn’t had many guitars returned to him. In part he credits his years of instrument restoration as key. “Doing repairs for a long time teaches you how not to build a guitar,” he says.

At present, Lacey turns out about six custom guitars a year. He cites the challenges of remaining independent in an era of big-box guitar manufacturers: unlike the Martins and Taylors of the world, Lacey is limited when it comes to exposure. Exposure is often the result of endorsements, with stars from across genres featured in ads, on stage and in videos singing the praises of a particular company. Because of the labor-intensive nature of his work, “I can’t afford to give any away,” Lacey admits.

Still, folks like innovative fingerstyle guitarist Leo Kottke choose Lacey guitars for their superior quality. And John Fogerty, Peter Frampton, and Stevie Ray Vaughan among countless others have employed Lacey for instrument refurbishing. Down the road, Lacey says it would be a thrill to see jazz guitarist Larry Carlton playing one of his designs.

Lacey’s signature, perhaps, is that each of his guitars is “made by one set of hands,” instead of the cookie-cutter, assembly-line production so prevalent among the mega-manufacturers. “I’m always looking for ways to improve and perfect my work. I believe I’m building a consistently better instrument because of the meticulous attention I give to details,” he says.

At his workshop, the wood awaits. “I’ll build guitars until people stop wanting them. Or until I’m not physically able to do it anymore,” Lacey says. 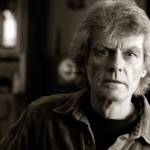 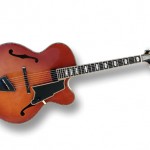 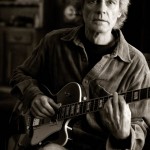 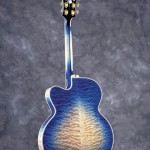 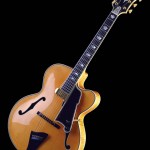 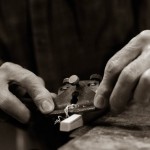 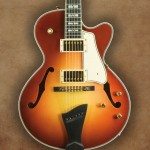 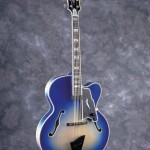 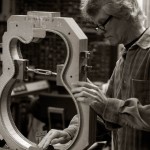 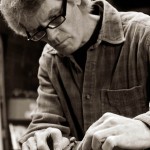