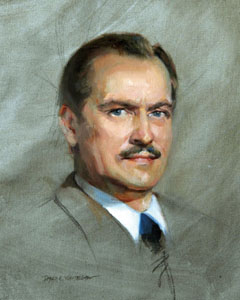 Local artist Dawn Whitelaw was commissioned by the venerable New York City Players Club to paint the portrait of recent Hall of Fame inductee Fredric March. Over the last several years Dawn has painted for the Club five pieces that hang in their permanent collection. Her subjects have included Bette Davis, Jose Ferrer, and Judy Collins. 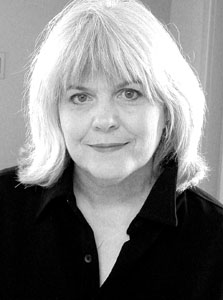 Dawn Whitelaw maintains a studio at The Factory in Franklin where she conducts workshops with colleagues from Alla Prima International and the Cumberland Society of Painters. For over 25 years she taught basic principles of oil painting as an adjunct instructor at David Lipscomb University. She credits the community of teachers and students around her for both her success and growth as an artist. Among her influential teachers are Scott Christensen, Cedric Egeli, and Jim Pollard, and nationally preeminent artist Everett Raymond Kinstler. Richland Fine Art, 615-292-2781.  www.dawnwhitelaw.com