In many ways, illustrator Lauren Rolwing embodies her art. Her uncluttered compositions hold an undercurrent of playfulness and whimsy beneath their intelligent designs. So it is with Rolwing: her enjoyable conversation is sprinkled with thoughtful references to the films she’s watched, the books she’s read, and the artists she’s been influenced by, while her youthful energy and fun spirit keep her words from dipping into inaccessible intellectualism. 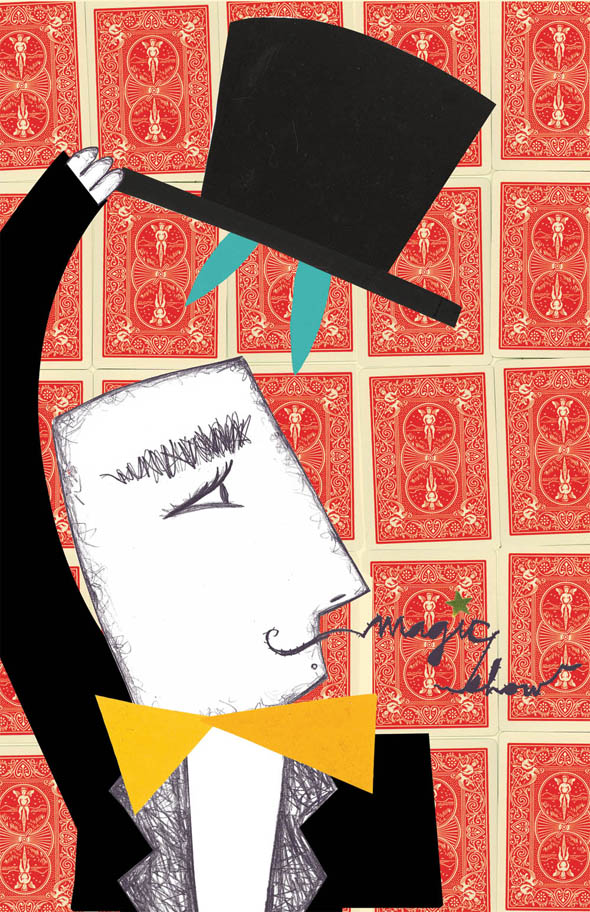 A 2008 graduate of Savannah College of Art and Design (SCAD), Rolwing studied printmaking at SCAD’s Savannah campus and illustration at the Atlanta campus before returning to Nashville following graduation. In these early days of her illustration career, she has already won numerous awards in international contests and exhibitions.

Most recently, in late 2009 one of Rolwing’s poster designs was selected as a top-100 poster from among more than 1800 entries from 67 countries in Poster for Tomorrow’s “Freedom of Expression: The Pencil Is Mightier Than the Sword” themed poster contest. According to the organization’s web site, this project “was an open competition to create posters to draw attention to, and take action against, the repression of freedom of expression.” An exhibition including Rolwing’s winning poster opened in 24 locations worldwide on December 10, 2009, to coincide with the 61st anniversary of the Universal Declaration of Human Rights.

Also in 2009 Rolwing placed first in Italy’s Associazione Culturale Teatrio’s book competition, which features art for children’s books based on an invented theme. Rolwing’s winning illustrations told a new version of the classic Little Red Riding Hood tale. The previous year she was selected as one of the top 30 illustrators included in Teatrio’s international touring exhibition. Rolwing’s work has also been included in two exhibitions in Tehran, Iran, and in another in Guadalajara, Mexico. Additionally, she has won several local and regional ADDY awards and SCAD-sponsored SCADDY awards in the Poster Design division.

Following graduation from art school one of the challenges for Rolwing has been “not having feedback from peers and professors.” So she has worked hard to replace her academic community with a new international community of designers and illustrators that she connects with through online networks and by traveling to contests. 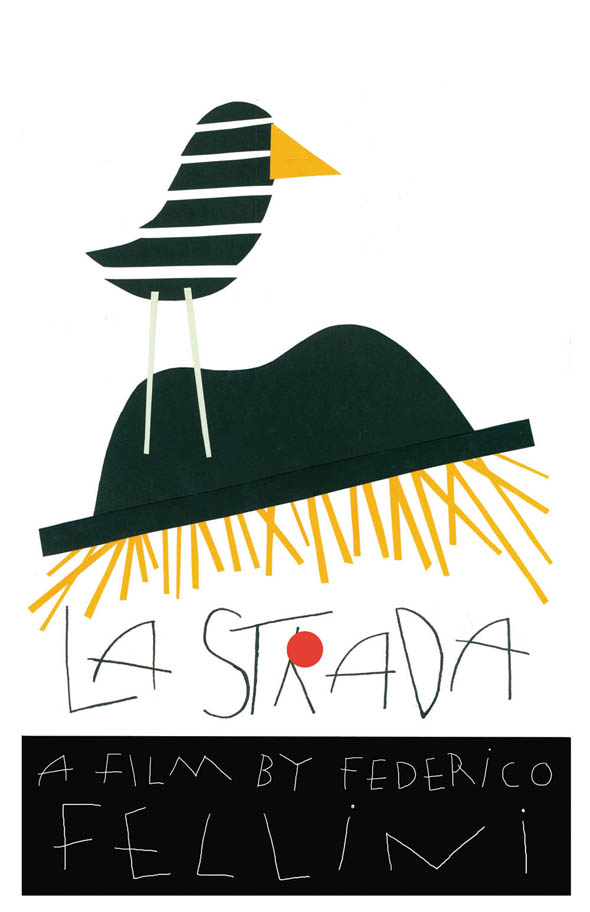 Courtesy of her top-30 Teatrio selection in 2008, Rolwing traveled to Italy for a portfolio review by illustration and publishing experts. “That was really great hearing their perspectives,” she says. “I’ve always been drawn to European art, and those European judges picked up on that.” While in Italy, she also met illustrators from Iran, who are now core members of her worldwide illustrator community. These artists have increased her exposure to Islamic art and its repetition, rhythm, and symbolism, artistic elements she particularly appreciates.

Rolwing enjoys the intuitive aspects of art. “When I work, I like to have a general map, like a sketch on a napkin, but [the piece] still needs to be spontaneous.” As an artist who values expressiveness over realism, she looks at the shapes related to the theme at hand to see if she can “get something abstract out of them.” For the Freedom of Expression poster, for example, she sensed that the clearest way to show freedom visually was to contrast people without freedom and people with it. She drew the shapes over and over until she settled on the design of a silenced person backed against a person with a voice that begins from a pencil base.

“I really, really enjoy doing posters,” Rolwing smiles. “I enjoy posters because you have to capture people’s attention from a distance, but you also have to add an element that draws them closer.” While she likes working on all kinds of posters, including theatre and event posters, Rolwing especially enjoys film posters. She watches lots of movies and is inspired by many film genres. 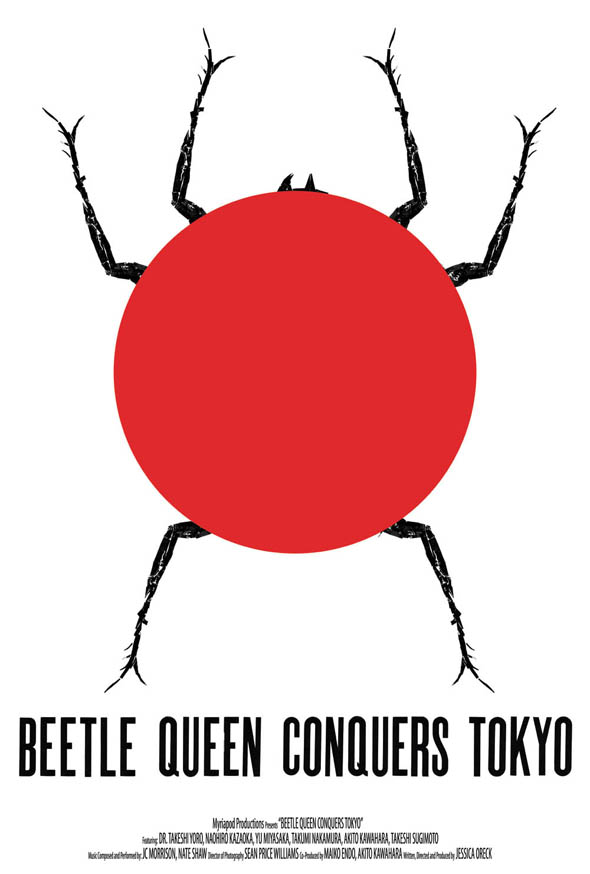 Creating a film poster is “a problem to solve”: an artist is simultaneously trying to attract people to the film without giving it away and without focusing on only one scene. Rolwing has found particular inspiration in posters created by Polish artists because these artists added something beyond simply using a scene from the film. Two of her favorite Polish poster designers are Jan Lenica and Henryk Tomaszewski.

“Now when illustrators are fighting for jobs, I think it’s important to add something instead of drawing everything from one source of inspiration, to add something that makes your work different from other people’s,” says Rolwing. She recognizes that photo-based designs can be cheaper, so illustrators must make their work worth the extra expense.

In the vein of her successful Teatrio book illustration projects, Rolwing would like to do more children’s book illustration work. “I’m interested a lot in children and how they perceive art,” she says. When she was young, Rolwing set up little theatres and built sets in shallow boxes, creating miniature dioramas and “capturing a minute in a box.” This creation of scenes and different environments shows up in her illustrations still and is part of the reason she’s such a big fan of filmmakers like Federico Fellini. (“I love Fellini films. I could watch them over and over,” she notes.) 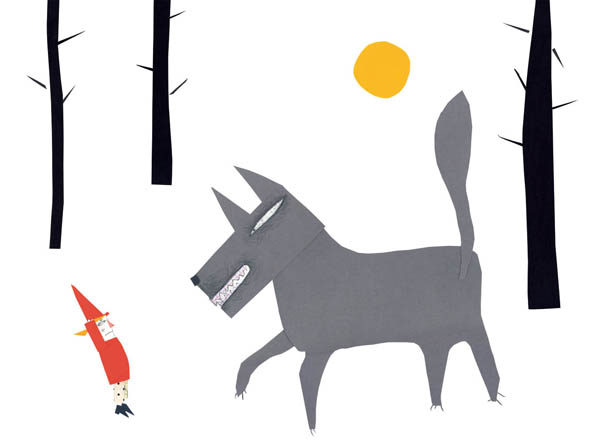 Rolwing has also always enjoyed collecting things, which comes in handy for having found objects to use in collages, often a starting point for her designs. She appreciates the Dada movement for the collage imagery it produced as well as for its sense of humor. Rolwing also finds inspiration from such artists as Kurt Schwitters, Paul Klee, Joan Miró, and Friedensreich Hundertwasser, and the Bauhaus movement. 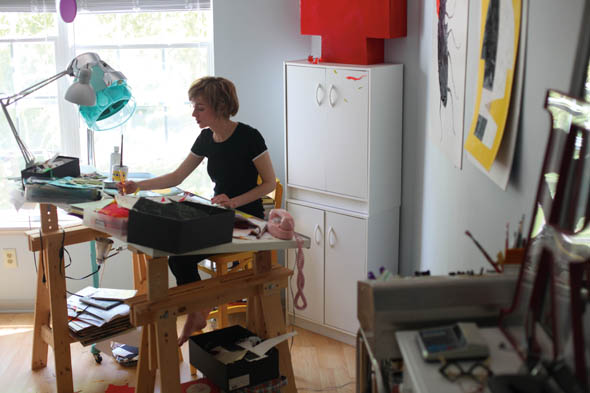 Many of Rolwing’s images contain more angular than rounded shapes, which is mostly the result of doing a lot of cutting for her designs. Quicker cuts make stronger lines, and she tends to draw similarly to the way she cuts, with bolder lines and more angles. Rolwing works in a range of materials beyond cut paper and collage, including wash, acrylic, oil, graphite, and ink. She likes to play with the negative space, especially in her poster designs.

Rolwing sees her work as distinct from that of graphic designers because she doesn’t rely on computers for designing. She always starts on paper, sometimes gluing down pieces of images, sometimes not, before scanning in her illustrations. She prefers textured images over airbrushed, shiny ones and doesn’t “want [designs] to look all computerized.”

This talented young artist always knew she would have to do creative work when she grew up. Her early successes certainly indicate that she’s chosen the right vocational path. 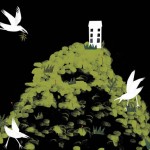 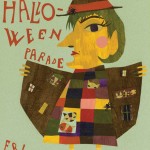 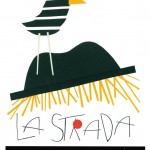 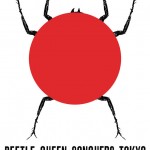 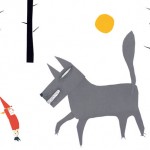 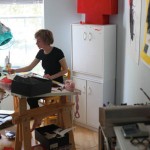 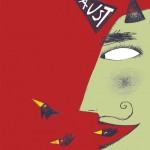 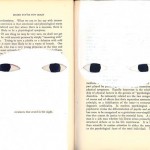 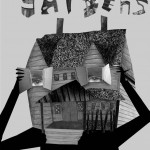 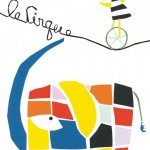 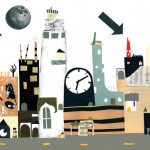 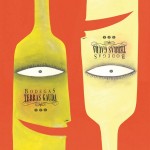 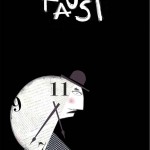 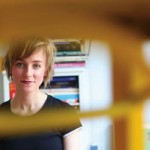 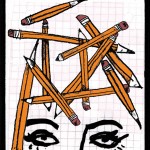 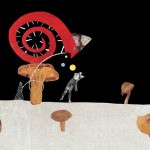