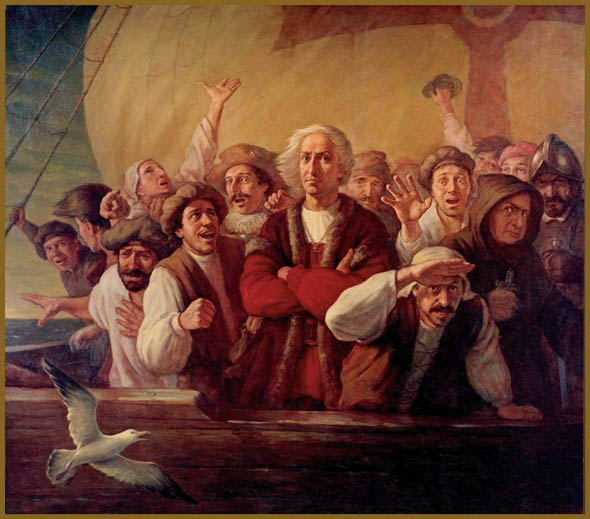 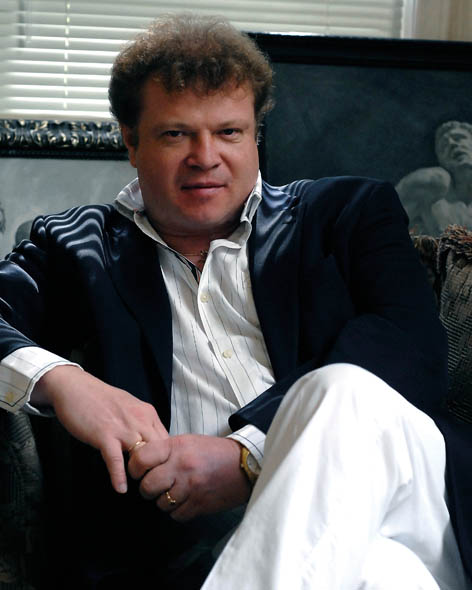 Before he opened his front door to greet me, I glimpsed Igor Babailov through a pane of glass putting on his dark suit jacket over a crisp white shirt—clearly he was not the type of person to show up for an interview carelessly dressed or splattered in paint. This formality, I was to discover, was as much about being a professional as it was about good manners. Classically trained, Russian born and bred, Babailov, with his charming accent and impeccable English, was a walking ambassador for the school of art he was raised in: Realism.

Upon entering his Brentwood home, I found myself surrounded by walls brimming with images of people—the souls, he would say, that he’d captured through his art. We talked as I followed this burly, ginger-haired man as he toured me through a room filled with his paintings. I was struck by the combination of structure, discipline, and passion that defined both the artist and his work. Here was a man who had grown up behind the Iron Curtain, was trained in the great Russian Academy tradition, had left Moscow at age 25 right after the fall of the Berlin wall, and had managed to become a portrait painter on the world stage. His clients have included Hillary Clinton, George W. Bush, Pope John Paul II, Nelson Mandela, Vladimir Putin, Reggie Jackson, and Akira Kurasawa, to name but a few. 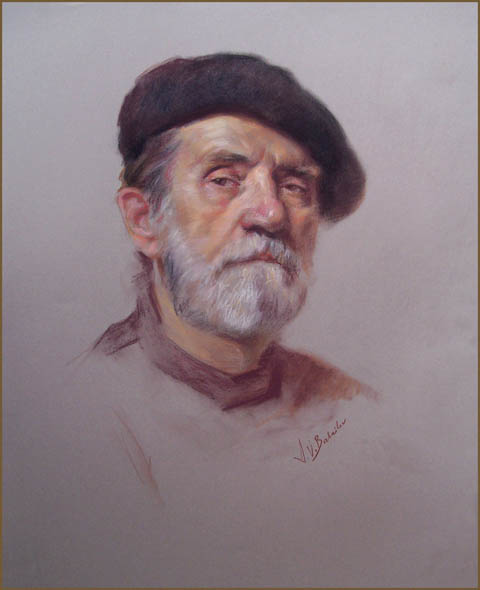 “Despite a person’s fame,” Babailov told me, “when I paint someone, ideology, looks, age, and status are unimportant. It doesn’t matter who is in front of me. We’re all just people, famous or not, rich or poor. The masters painted beggars as well as royalty.”

Sitting in Babailov’s large, light-filled studio where more of his portraits climbed the walls, one of the paintings caught my eye. It was a dramatic example of Grisaille (pronounced Gree-eye)—a term for painting executed entirely in monochrome.

“I’ve always done this type of work,” Babailov said. “Realistic art is about capturing perfect tonal values. That’s the secret of the great portraits. In old art books, the paintings look as good in black and white as they do in color. Nineteenth-century artists took photos of their paintings to check their tonal accuracy. When I paint, I am always thinking about how light or dark a color should be.”

It’s impossible not to be curious about Babailov’s background, both as an artist and as the person who left Russia and wound up in Nashville. Not surprisingly, the two are inextricably bound—his art forged the path that became his lifelong journey. 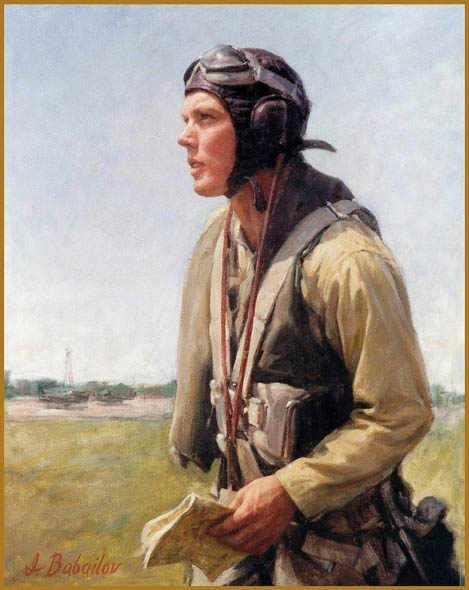 “In Russia, my family was part of the intelligentsia. Both my parents were teachers. My father was an artist, and I was exposed to art at an early age. When I was 4 years old, I began to draw. At 9, I began art school. I learned by copying Michelangelo’s Slaves and drawing from live models, by making casts of the body and sculpting.”

When I asked if he ever felt burdened as a child by all that discipline and hard work, he answered, “Not at all. I always loved it. It’s what I wanted to do. But where I lived felt too small for me. When I saw the high-rise buildings of Moscow when I was 6, I thought, one day I’m going to leave this town.”

Babailov moved to Moscow when he was 13 after winning a nationwide competition to enter the prestigious Surikov College of Fine Arts, a visual arts school for gifted children. He went on to get his M.F.A. at the Surikov Academy of Fine Arts of the Russian Imperial Academy of Arts. He credits the historically famous curriculum of Classical Realism as providing him with “the unparalleled skill in academic drawing which today is a fundamental challenge for many painters.” 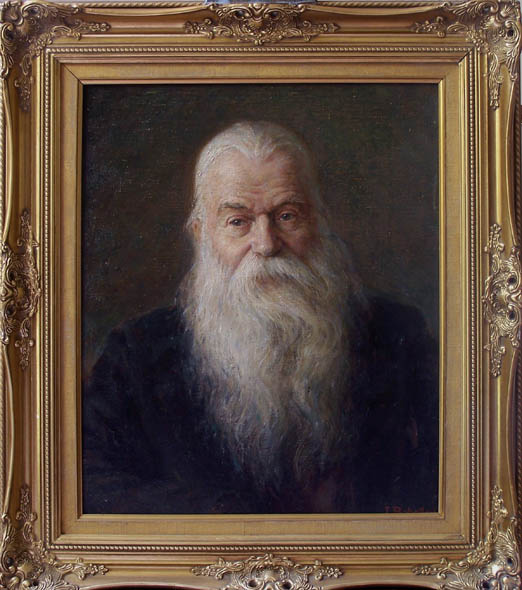 Babailov thinks that an education should not be a luxury. Everyone is entitled to an education. “Every student’s dream is to study and not have to worry about money,” said Igor. “My education was paid for by the state. The students received a stipend if they made good marks in school. I worked very hard and studied hard so that I wouldn’t have to rely on my parents. When I was about 15, I went to Arbat Street in Moscow where artists draw and sell their works. I went for a couple of hours every day and made good money.

“By the time I left Russia in 1990, after the fall of the Berlin Wall, I had commissions and clients. This allowed me to earn enough to get out. Russia was in a state of turmoil. It felt like it was going to collapse completely—no food, no bread . . . people stood in line for everything. I earned 150 rubles a month (equivalent to $150). The ticket to leave cost me 2400 rubles. That was a lot of commissions I needed to earn. It helped that I had some very good ones.”

In leaving Russia, Babailov took with him not only beautiful childhood memories and invaluable training as an artist; he had also learned important lessons about resourcefulness. “When I grew up we didn’t have ten kinds of bread. We had white bread and black bread. Whatever you lack makes you innovative. Basic things like paint were a luxury. You couldn’t just go to the art supply store and get things. It wasn’t easy. When I was 13 or 14, I knew that the Old Masters used charcoal and white tempura. White was very expensive. As students we thought, how can we create white? We used toothpaste. There was no green and red striped toothpaste, just simple, basic white toothpaste. You mixed it with water, and when it dried it looked just like tempura. My father gave me his brushes. Students had to supply their own materials.

“My teacher told me something I have never forgotten and that I have carried with me all my life. He said, ‘You don’t have to have a fancy brush to paint. You paint with your mind.’”

You can find Igor Babailov’s paintings at Ibiza Fine Gifts. 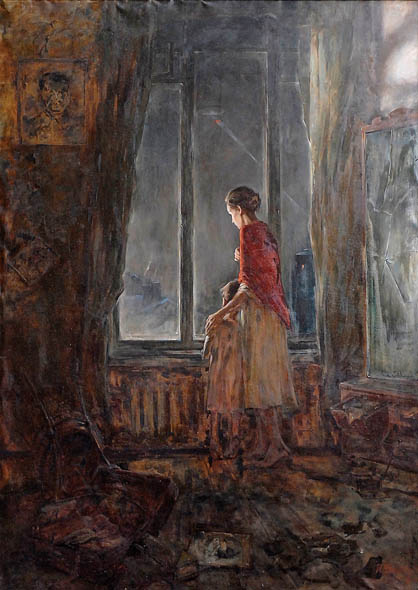 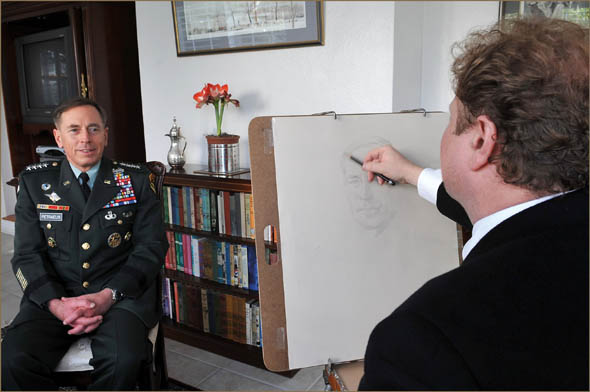