Tucked away in an intimate, contemporary art gallery in Nashville is one of the largest collections of Spain’s best-selling artist, Didier Lourenco.

Gallery West owners Brenda Linscott and Tige Reeve first met Didier Lourenco (pronounced Did-e-a Low-ren-so) in New York City nine years ago when they immediately fell in love with his remarkable paintings that capture everyday scenes, which he depicts with his unmistakable and life-enriching touch. His paintings celebrate a variety of settings from terraces overlooking the Mediterranean to a festive street corner in New Orleans during Mardi Gras. “Didier is one of those unique artists who truly has the ability to transport the viewer into his vibrant world. Each visit holds the promise of a new discovery, and that is what we love about his work,” says Linscott.

Didier Lourenco’s work perfectly encapsulates the influence of his relaxed Mediterranean lifestyle over his art. “I would like to live life at a slower pace, have time to take in everything that surrounds us: light, color, fragrance, landscapes, thought, the cat, the moon, the dog, the woman, the bar, the taste, the child, the sea. The thought of collecting these small moments is what motivates me to go to the studio every day and try to stop time on canvas.”

Didier Lourenco was born in 1968 in Premia del Mar, Barcelona. At the age of 19 he began to work in his father’s print studio, where he learned the art of lithography.  He began to paint on paper and canvas, taking over a small corner of the studio. In 1988 he had his first solo exhibition at Vilassar de Dalt and printed his first lithographic edition. Lourenco received numerous awards and had many solo and group exhibitions in Spain. In 1995 he moved into his own studio in Premia del Mar, Barcelona. Currently, his days are full of painting, travel, and wildly successful solo and collective exhibitions. 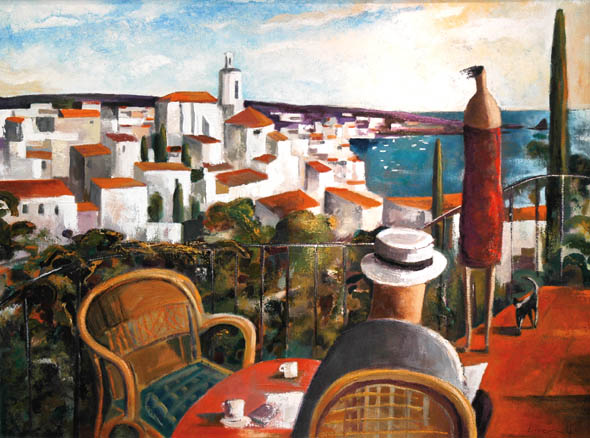 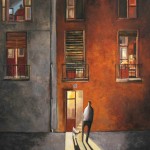 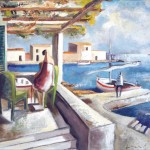 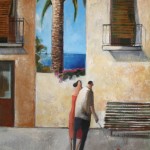 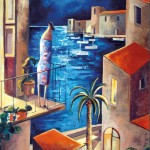 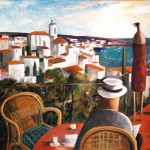 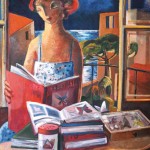 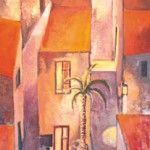