Under the harsh yoke of slavery one of the most powerful American folk traditions was born. From the dense cotton fields of the South rose up a mighty song. The Negro spiritual gave expression and hope to many a captive soul. The earthly realm with its tears and toil held little happiness. The promise of freedom in glory, the analogy between African enslavement and the captivity of the Old Testament Israelites offered generations a dream of rest and reward in the Lord. 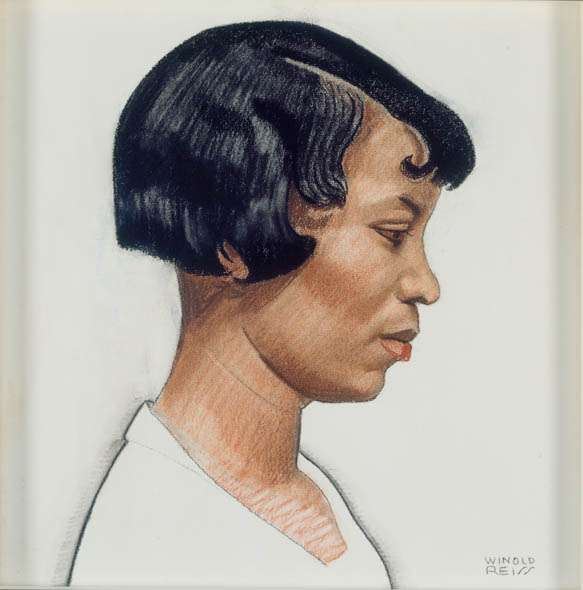 Victor Simmons, curator of the Van Vechten Gallery of Fisk University, claims this music allowed slaves to “express themselves and construct for themselves a world that had meaning through that song.” It is quite literally on the foundation of the Negro spiritual that Fisk University was built. Founded in 1866, it was the performance of these songs by the first Fisk Jubilee Singers that helped save it from financial ruin. To maintain and expand the university, the young college singers embarked on a tour that took them all over the world. Jubilee Hall, the first building in the United States built for the exclusive purpose of educating African Americans, was built with proceeds from their performances. 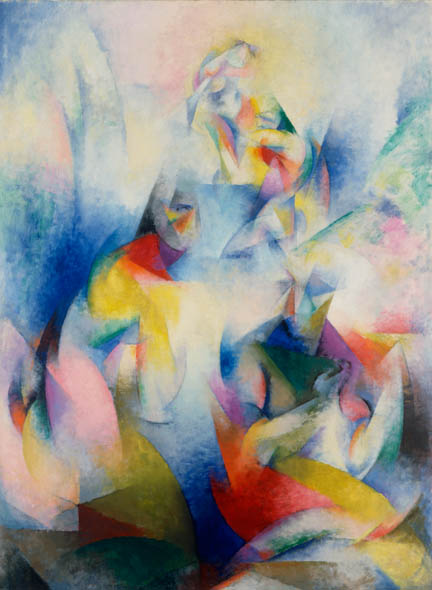 Decades later, bombs blistered the skies above Europe, and trenches scarred barren stretches of land. Inhuman, unimaginable, the first mass-scale war of the Industrial Age forever changed the landscape of the Western consciousness. World War I brought with it a crisis in reason, a breakdown in communication that seized international arts communities in paroxysms of doubt. Artists responded in much the same manner as the American slave in the previous century: they expressed themselves and attempted to construct a world that had meaning through art. It was in these struggles that the European abstract art called “modernism” found its genesis.

The story of the Alfred Stieglitz Collection at Fisk University is the tale of the meeting of these two worlds. The experience of African Americans and the progressive spirit of modern art come together in the Carl Van Vechten Gallery. It is a story well worth discovering, and it is written over every inch of a campus steeped in a rich history of African American experience.

‘It might be surprising to many Nashvillians that there is a gallery with works by Picasso, Rivera, O’Keeffe, Cezanne, and Renoir just around the corner. It is perhaps more intriguing to learn just how they got there.’ 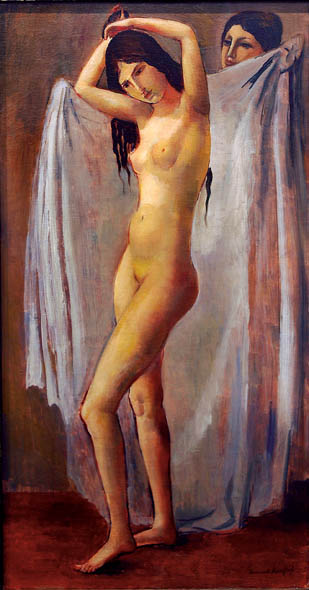 One cannot talk about art at Fisk without raising eyebrows. The university is embroiled in a nationally publicized lawsuit over their attempts to consummate a deal to sell a one-half, undivided interest in the Stieglitz Collection. The lot of paintings that was once seen as the jewel of the campus is now the object of intense debate. Nashville Arts Magazine has made the conscious decision to focus our exploration on the history of the Stieglitz collection rather than the current legal debate about how it should be handled. Our hope is that readers will get to know the vast storehouse of visual arts at Fisk and take advantage of the fact such treasures are here in Nashville. This article is not an endorsement of university policies. Rather, it is a call to Nashvillians to visit a truly world-class collection of art on permanent view just beyond the downtown perimeter.

American photographer Alfred Stieglitz was a great collector of art. He introduced U.S. audiences to both European modernism and African art. Upon his death, he left his wife, painter Georgia O’Keeffe, the difficult task of separating his collection into a series of charitable gifts. She chose the Library of Congress, the National Gallery of Art, the Metropolitan Museum of Art, the Art Institute of Chicago, the Philadelphia Museum of Art, and, astonishingly, a historically black university in Tennessee that is to this day smaller than most high schools. In 1949, Fisk University became the unlikely beneficiary of one of the most high-profile collections of twentieth-century art.

Victor Simmons, guru of all things Fisk-related, explains that the connection between Georgia O’Keeffe and Fisk University began in the Harlem Renaissance. For those unfamiliar with the term, the Harlem Renaissance refers to a flowering of African American literary and artistic culture in New York during the 1920s and 30s. Zora Neale Hurston, Langston Hughes, Duke Ellington, Arna Bontemps, among many others all bear associations with the movement that was first known as “The New Negro Movement.” 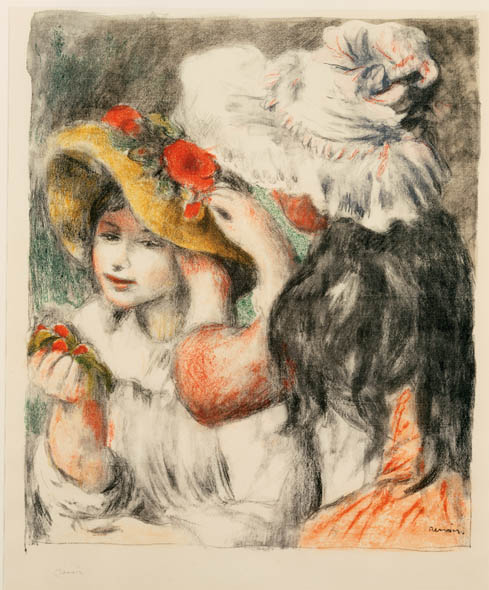 Through a series of friendly connections, Fisk University became the Southern epicenter of the extended Harlem Renaissance. Simmons explains the origins of the Van Vechten collection: “It’s a wonderful story of people of like mind and like spirit—people trying to enact social change with art as its vehicle. It was born in the mind of Carl Van Vechten, and its roots lie more deeply in associations and friendships of the Harlem Renaissance.”

Carl Van Vechten, a white American photographer, was a great patron of the Harlem Renaissance. He was friends with figures such as muralist Aaron Douglas and Charles Spurgeon Johnson, the first African American president of Fisk. Simmons refers to Johnson as “the architect of the Harlem Renaissance.” It was through Johnson and Van Vechten that O’Keeffe and Stieglitz became supporters of this movement and, later, Fisk University itself. Simmons explains, “One of the wonderful things about having the Stieglitz collection here at Fisk is that it shows you in demonstrable terms these connections. At the same time Stieglitz is on 5th Avenue, the Harlem Renaissance is taking place up on 125th Street, and they share between them Van Vechten and O’Keeffe. We are not taught about those connections in school.” 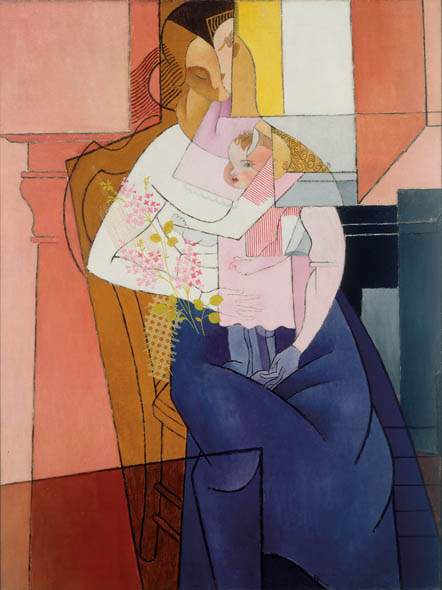 Fisk’s heyday saw Langston Hughes and Zora Neale Hurston visiting the campus on a regular basis. Current Fisk University president Hazel O’Leary shares that the university considered hiring Hurston, but her sharp attitude and carefree manner foiled any such plans. Painter Aaron Douglas established the art program and completed the breathtaking series of murals that adorn its former library. Visitors can view his paintings, a portrait of the original Jubilee singers commissioned by Queen Victoria, and a stunning series of portraits by German modernist Winold Reiss on a walk through the campus. President O’Leary sums up the power of the Fisk art holdings: “They capture the culture of a region, of a nation, and of a people.”

Walking through the Van Vechten Gallery, one sees works by the great hands and minds that shaped twentieth-century art. They are connected through conscience to the burgeoning of Harlem Renaissance art in the post-reconstruction South. Ken West, vice president of communications and public relations for the university, elucidates, “Fisk was founded as a social experiment by northerners who wanted to ensure that previously enslaved African Americans would be in a position to benefit society after a horrific national conflict. In that same spirit, O’Keeffe gave her paintings and those of Alfred Stieglitz to Fisk in order to challenge segregationist social norms and in benefit of the progress of American society.” Experiencing the collection, one senses the power of the art and the excitement of the times that brought it here.

Fisk University was founded on dreams for the future. From the era of slave spirituals to the progressive agenda in the age of modern art, the hope of a world just out of reach nurtured the young college. It is that filament of hope or of as yet intangible dreams that makes the kernel of any important art. Today, we live in a world that the dreamers at Fisk strove to create. Facing adversity or misunderstanding, they dared to believe the absurd: art, literature, and music might just change the world. Lucky for us, they were right. 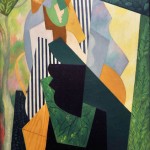 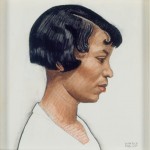 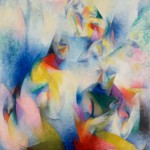 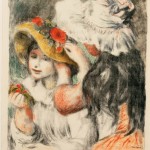 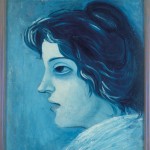 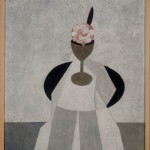 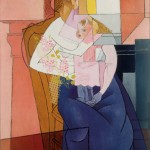 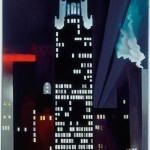 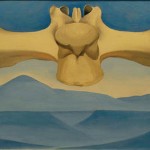 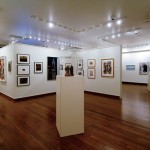 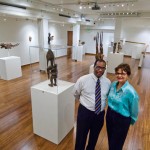 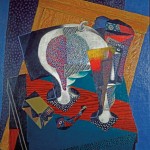 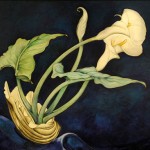 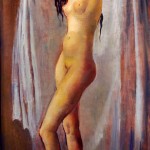 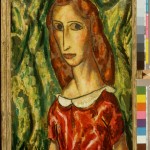