With searing virtuosity and profound artistry Brian and Tracy essentially defeat preconceived
ideas about puppets and violins in this historically significant work in which classic and modern art
are illuminated in live performance puppetry, music, art and poetry. The show culminates as
Mona Lisa’s face is painted live in full view of the audience in a dynamic crescendo of music. 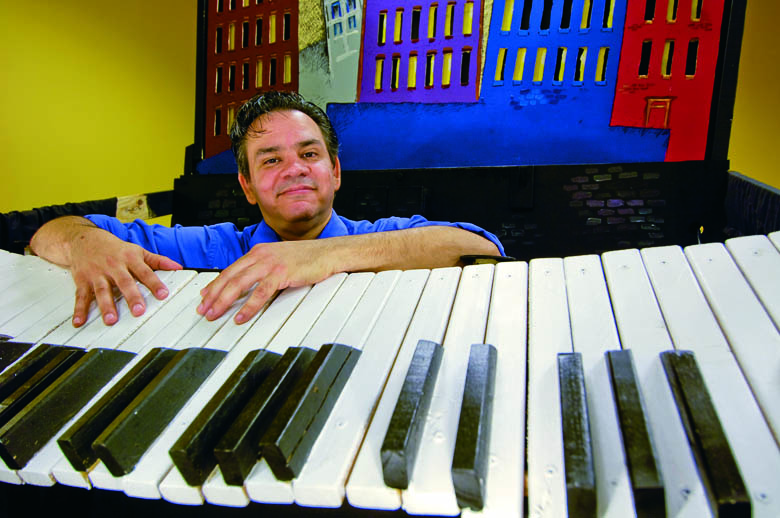 In a Nashville musician’s hands, that’s an equation for art. Now consider eight strings, or twelve or more, attached to sculpture that can dance, or laugh, or tug at the heart. That’s a puppet in the artful hands of Brian Hull.

His productions for the Nashville Library are tailored to kids, but he has also interpreted Shakespeare, John Updike, the music of Duke Ellington, and created a provocative and poignant portrait series of the great Masters Van Gogh and Michelangelo. Under commission from The Conservancy for the Parthenon and Centennial Park, Hull and his crew will debut a unique work of performance art November 6, 2010, at the organization’s first-ever gala Designs in Black and White.

I sat down with Brian Hull at a local coffee shop at dusk. The conversation was so good, neither of us stopped to take a sip.

DK: You’re an actor, you sing, draw, create, and build masterful puppet plays. What do you list as “occupation” on your tax return? 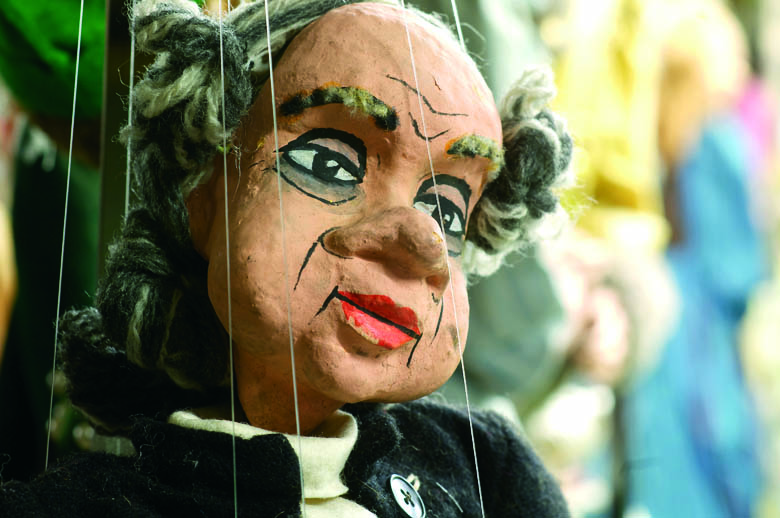 BH: Puppeteer. I’m proud to be a puppeteer. It’s kind of an unusual job here, but when I visit European countries, where there is a long and respected tradition, they see the puppets in the case and say you’re a puppeteer, c’mon in. It’s a ticket in.

DK: Did you play with puppets as a kid?

BH: Sure, a little, but I always imagined myself as being a Disney animator when I was young. That’s sort of where I was headed. The Lion King changed my way of thinking about telling stories to children. It’s basically Hamlet told with lions. And when it came out, a lot of people thought it would be too disturbing for kids. But the kids didn’t respond that way at all. It’s beautifully drawn. And that’s the difference. I don’t care for the 3D animation. You don’t get the life and the grace of hand-drawn animation. Puppetry is so close to animation, it’s animation in real time.

DK: People may not realize that Nashville and Tennessee play a big role in this art form.

BH: Tom Tichenor was one of the world’s most famous puppeteers; we still use some of the puppets he made. He started out doing plays at the library in 1938. People talk about him walking to the old Carnegie Library carrying his satchels. He had a radio show on WSM called Wormwood Forest. Significant stuff. Walt Disney actually came to town; we have a recording of him on Wormwood Forest, supplying the voice of Mickey Mouse, which is outrageous! Ultimately Tichenor did the puppets for Carnival on Broadway. These days Phillip Huber, who lives in Cookeville, is a giant. He travels the world doing marionette shows. He did the puppets for Being John Malkovich. 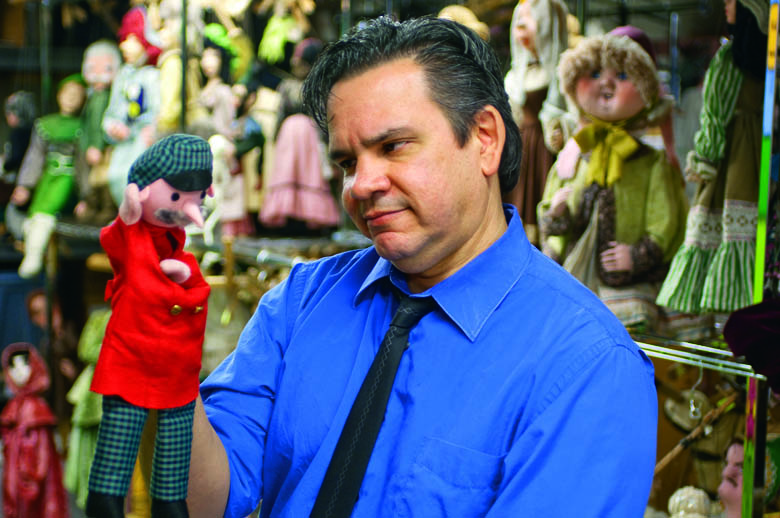 DK: You can clearly make a real statement in this art form.

BH: Oh yes, it’s a lot more than teaching kids ABCs. In fact, marionettes started out as ways to tell Bible stories in church to poor people . . . with puppets on strings called “little Marys.” That’s where the name marionette came from. Then the church decided they were evil, and the gypsies took them over, and in the people’s hands, often they were the voice of protest. I went to a town in Germany and saw their puppet festival, and that’s really what changed things for me. I saw a show called Schicklgruber: Alias Adolf Hitler. Imagine, a Hitler piece performed in Germany, no children in the audience, amazing. Very dark. One puppeteer dressed as a storm trooper manipulating the characters of Hitler and Eva Braun as the Allies bomb and the seats are rattling in the theater.

DK: The Centennial Park gala piece—are you worried a black-tie adult crowd won’t be the good listeners children are?

BH: No, because we know how to grab them. But I will say if you’re not paying attention you might as well not be there. We’ve done a number of shadow puppet plays, and it always surprises me. The simplicity of it is powerful. The Centennial Exposition and birth of the Parthenon was so fascinating . . . there is so much to inspire. The storyboards are already in the works.

DK: You don’t hide behind the curtain like Oz; we see you.

BH: Yes, the puppeteers are seen. You’re not watching television; we’re not gonna pretend we’re not here, so it becomes something else. It’s a different kind of art form. But something happens, and you believe. 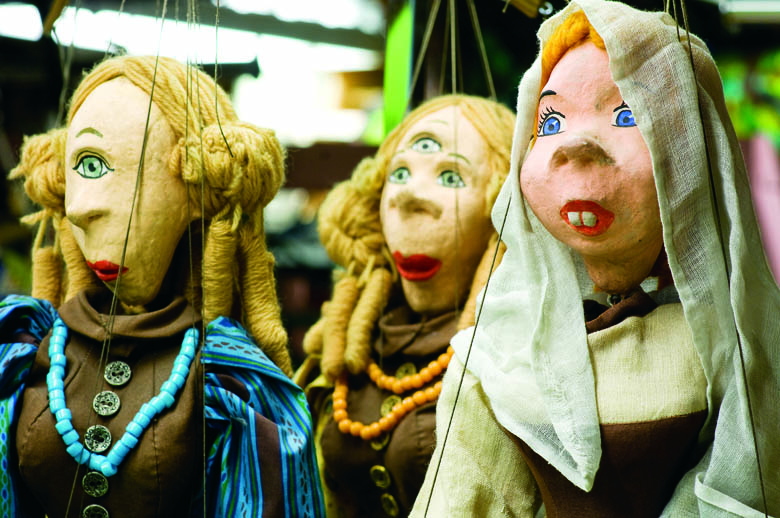 DK: Tell me again your philosophy?

BH: Actors act, and puppets are. You might say, well that’s really Meryl Streep, but when you see Cinderella, by golly that’s Cinderella and no one else.

DK: In all the shows you’ve performed does one stand out?

BH: Yes. In Caen, France, we were doing selections of our regular shows, and there was a girl in the audience with glasses. She was about 9 and had never spoken at school or at home. But she came up after the show and wanted to talk with me. They later told us she is now talking. What happened in the puppet show that made her want to communicate? And this has happened to a number of puppeteers I know. There’s a connection made.

DK: Without giving too much away, will we hear you sing in this piece, as you do in many shows?

BH: Maybe. I haven’t decided yet. With this piece, anything is possible. I like to say why do the obvious? Picasso could paint anything, even make it look like a photograph, but why? I’d like to think like Picasso. And as long as it’s fun, I know I am doing it right.

Brian Hull can be seen performing at the Parthenon on November 6, 2010, during The Conservancy for the Parthenon and Centennial Park first annual black-tie fundraiser. His original piece, developed exclusively for this event, promises to be extraordinary. 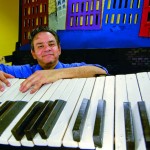 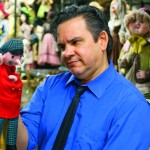 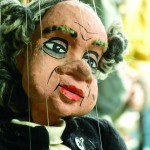 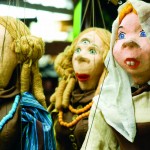 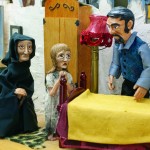 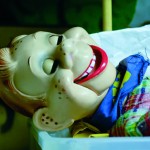 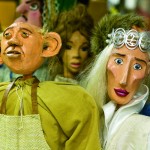 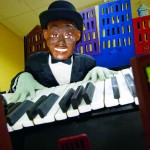