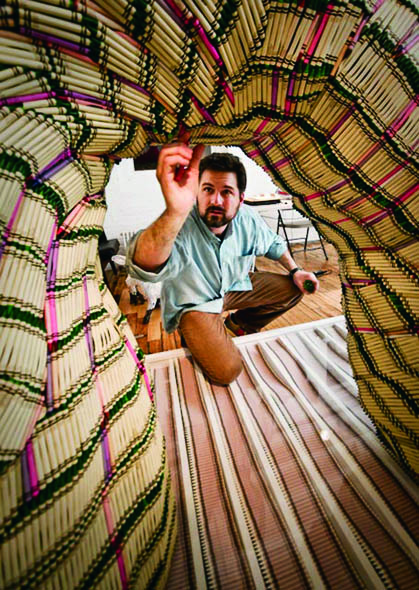 When Herb Williams says Plunderland is his life’s work, he could be speaking literally or metaphorically. Plunderland, which required 250,000 crayons and a year to create, is his grandest piece to date and also an apt commentary on the current state of his life. Williams, 36, has gained international notoriety and press coverage for his original sculptures created from hundreds of thousands of individual crayons, such as a life-sized version of Johnny Cash and a larger-than-life, 3D Marilyn Monroe nude. A crayon piece featuring President Obama was included in an inaugural art exhibit in Washington, D.C., with Shepard Fairey.

Representatives from the White House recently commissioned a new Americana series by Williams, whose crayon structures will be part of the White House’s permanent collection and serve as gifts for international dignitaries. This fall marked the opening of Beneath the Surface, an exhibit of five-feet-long, 3D fish at the Children’s Museum of Art in New York in which he imagined a new breed of fish that has adapted to life in the midst of man-made disasters.

Plunderland, which was exhibited at New York’s Rare Gallery in 2009, depicts a mythical fairy tale that centers around a sixteen-foot-long beanstalk emerging from a cloud floor, with white rabbits scattered along the cloud. A large panther-like creature gazes down at the rabbits from atop the stalk, where a golden fleece is draped.

“It’s kind of this uneasy place to be, standing between the clouds,” he says. “I wanted it to be that space because it’s where I feel I am in my career, climbing this strange beanstalk, after this golden fleece.”

Williams hesitates as he struggles to define his personal golden fleece. “I don’t know,” he says. “I don’t want to be famous or revered or anything. I would love to be involved with other artists who I’ve always adored and to be a part of the movement of art, a part of the language.”

Plunderland’s panther presents a dangerous mystery, because it’s not apparent if he’s sated or preparing to take a life. He explains, “I was thinking about Ponzi schemes when I made it, but also just the art world in general, which could eat me for brunch. It’s hard to be taken seriously in the greater art world if you are from the South and not be dismissed as a folk or visionary artist immediately. So it’s very emblematic of my own struggle, but I wanted it to have larger implications.” 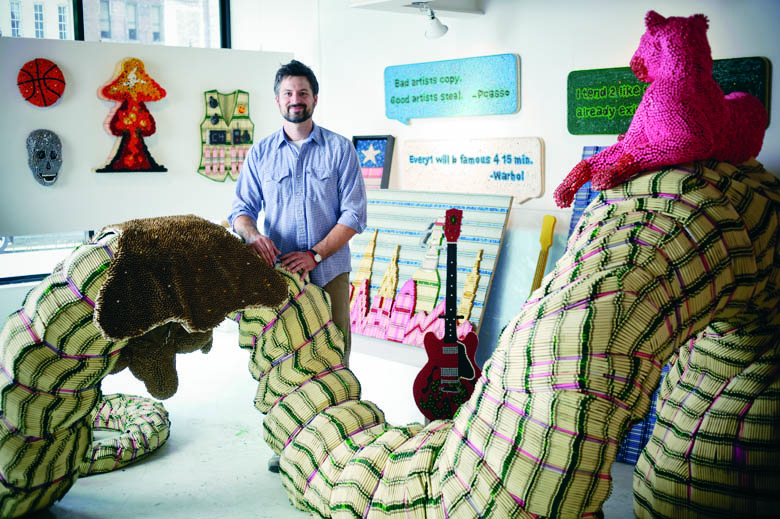 Although Williams is known for his artistic whimsy and humor, his desire to create art began after his father died in Montgomery, Alabama, when he was 7 and his sister was 3. His 36-year-old father worked for a paper-mill company, and he died while attempting to rescue a friend from a carbon dioxide leak. “It teaches you a lot about reality and loss, so after that I’ve never had a hard time of living in my own head and trying to make sense out of things that you see,” he says of his father’s death. “It’s probably one of the main reasons why I started, to remake my own reality, to create something beautiful around me, something inspiring and uplifting.”

During junior high, Williams carved faces and bodies into the hillside’s red clay. “I was thinking like Mount Rushmore,” he says. “Of course, any rain storm would erode it all away, but it was beautiful for the small time that it was up. It really impressed upon me the brevity of life. I wanted to make things that are impactful, that are bigger or greater than I am so that they will be here after I’m gone, because I never expected to live this long. I’ve got to get over that.” 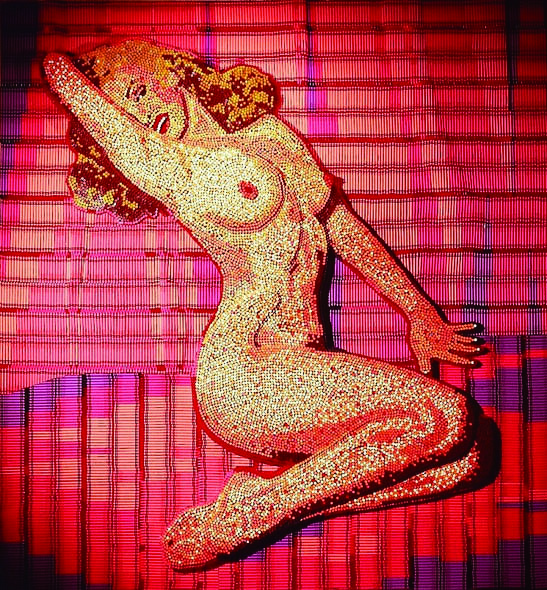 From ages 12 to 18, he worked in construction, which provided him with an understanding of form and materials. He received a B.F.A. in sculpture from Birmingham-Southern College, where he apprenticed under three professional sculptors in the area. After graduation, he worked at a bronze foundry in West Palm Beach, Florida, where he helped cast hundreds of sculptures with the atelier Popliteo and the last piece of work by photo realist Duane Hanson, Man On Riding Lawnmower.

He moved to Nashville in 1998 and received the Joan Mitchell Foundation Museum Purchase Grant in 2004 and the Next Star Artist Award in 2008. His influences include H. C. Westermann, Fiona Rae, Jasper Johns, Jim Dine, Cai Guo-Qiang, Jeff Koons, Damien Hirst, Robert Rauschenberg, and Marcel Duchamp.  Williams’ reputation and stature in the local art community grew through his association with Anne Brown and The Arts Company.

He became a partner with Jeff Rymer in The Rymer Gallery about three years ago, so he also curates shows for the Fifth Avenue gallery. “I don’t want the gallery to be about me,” he says. “I want it to lift up the whole arts community in Nashville to have a larger scope.

I think Nashville is worthy of international recognition, and our arts scene is a great platform to do that.”

He created his first crayon piece, a September 11-inspired flag that now resides at University School of Nashville, in 2002. He realized that crayons were a full-fledged artistic direction in 2005, when he created the Blues Room, a full room with crayon walls, floor, and musical instruments that he sold for $18,000. He has created more than one hundred crayon pieces and has become one of the few individuals globally who have an account with Crayola, which ships him fifty-pound cases containing three thousand crayons in a single color. “I like taking something that you are familiar with and reimagining it, changing it, and giving it a new life,” he says. “We could all use that. I need it.” 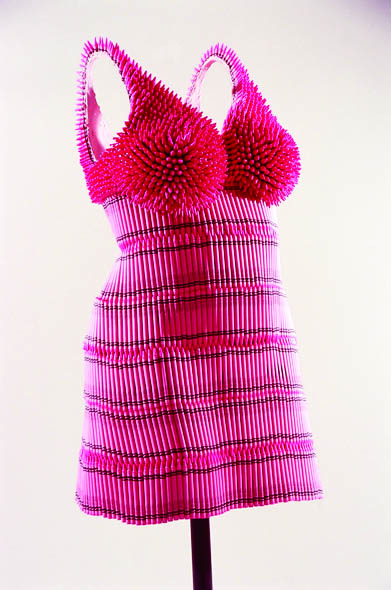 His philosophy behind creating art with crayons is simply to create things that are relevant and engaging. “I try not to take myself too seriously. But I still want to create works that I want to have a dialogue greater than their own that could someday sit next to my heroes’, wherever they are. I want to have fun, mainly, and this is a great way to keep me young.”

Williams has found that crayons have kept him plugged into his own humble, blue-collar roots. “There weren’t any museums in my town,” he says. “I don’t think I walked into a gallery until I was in college. The whole art world has always been so exciting to me, but a mystery. I want to give a window to a lot of people with humble beginnings that will enable them to smile at something and to want to approach it, and open doors for them to embrace more in the art world.”

It was a relief for Williams to turn 37 this past birthday, because he had been hyper-aware that at age 36 he was the same age as his father had been when he died. “I’ve been in denial about it. I’m continuing to go on after these devastating things happen, to pick up one foot and put it in front of the other. You’ve just got to look for beauty.” 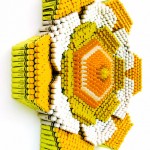 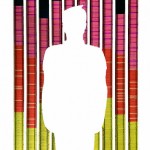 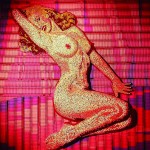 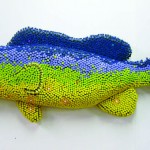 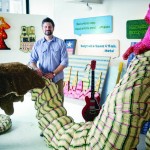 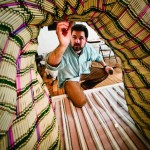 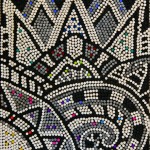 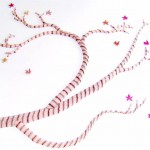 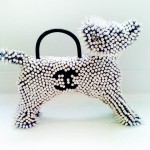 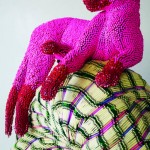 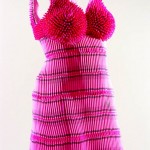 View our video of Herb Williams creating crayon sculptures in his studio!