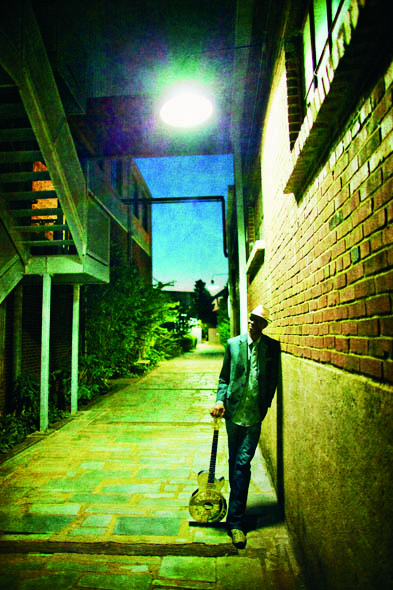 Sitting on the porch, enjoying another pink and orangesunset and the lush greenery that surrounds our backyard, he says to me with a lilt of gratitude in his voice, “Honey, why didn’t we do this a lot sooner?”

Who could have thought that this “city boy,” born and raised in Compton, California, living in the hurried and high-stakes pace of Los Angeles for most of fifty-eight years, could slide into the laid-back Tennessee lifestyle so effortlessly? Well, I had a pretty good idea, if I do say so myself. Keb’ Mo’ (that’s a given street name; his real name is Kevin Moore) is not one for big adventure, but he does have an uncanny ability to be joyful no matter where he is or what he is doing. I had a feeling that some room to breathe in would be more welcome than even he could know.

It was a perfectly ordained spring day on April 29 when the massive, blue and white Atlas moving truck rolled up in front of our brick home on the hill. “On the hill” becomes an important fact, as we will soon come to find out. All of Kevin’s gear and guitars had been dropped off at Soundcheck, and then we unloaded the rest of our earthly possessions into this beautiful new space. We were greeted promptly by a group of eight wide-eyed neighbor children. They wanted to welcome Keb’ Mo’ to the neighborhood. The famously “under the radar” blues musician was actually recognized here. More importantly, our 3-year-old son was thrilled with his new, lively group of friends. This is how our new life in Tennessee began. Two short days later the blue skies were exchanged for an afront of storms that no one had predicted.

In the wake of the great flood, we immediately did what we could to help. We  repacked boxes with clothes and blankets and whatever we could give. Kevin played on two different fundraising telethons with other musicians who had, like him, lost almost all their instruments and gear. Much was lost, but for us, gratefully, much was also gained as seen through the eyes of the true eternal optimist that is my husband. In a strange way we were grateful that circumstances and timing put us here so that we could pitch in and help in this place that we plan to call home for a very long time.

When I was asked to do this article I began secretly interviewing Kevin. Truth is, he is not a big fan of doing interviews and publicity. Although he has plenty in the way of bragging rights, including three Grammys, several more nominations for the same, numerous W. C. Handy awards, ten critically acclaimed albums released, film roles, television roles, many producing and writing credits, and the respect of his peers, he would never be the one to tell you any of this. In fact, if asked by a person on the street, “What do you do?” he responds with a shy grin and says “I’m a guitar picker.” 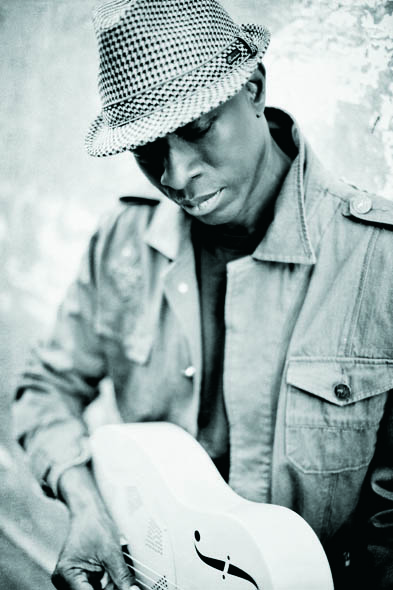 Guitar picker indeed. He has been honored with his own signature line of guitars from both Martin and Gibson, and he has recently played at Eric Clapton’s famous Crossroads Guitar Festival with some of the best on six strings. But his musical vision is much greater than simply being an accomplished guitar player. Keb’ Mo’ is known for the consciousness of the music he creates. He has been placed categorically in the blues for his excellence in the genre, but he most enjoys blurring the lines around what is commonly known as “down home blues.”

How does he do that? Well, maybe it’s partly because of his musical beginnings playing the French horn and the steel drum, then going on to learn guitar and picking up piano, bass, harmonica, banjo, and mandolin along the way. Maybe it’s his musical history, being involved in everything from R&B cover bands to musical theatre, from a steel-drum band to playing with Papa John Creach. Maybe it’s the influence of his spirituality, growing up in the Baptist church with fine gospel music all the way to chanting in the Buddhist temple with musical mentor Herbie Hancock. Whatever he does, he brings a lot of soul and experience to it.

We were looking for a wonderful city in which to raise our child, and Nashville with its deep and diverse musical community seemed an obvious choice.

This is the most fertile ground to grow in creatively, and that suits Kevin just fine. He loves to operate on the edge of his ability, and he is meticulous in learning all he can, whether it be diving into music composition for television programs as he currently does on TNT’s Memphis Beat and CBS’s Mike and Molly or “tussling over the details” with his friend Gary Nicholson while writing a new song.

“You can’t even have an attitude in this town. They’ll laugh at you,” he says to me one night as we clear up the dinner dishes during one of my “secret” interviews. We laugh about the contrast with the Los Angeles scene where Kevin is better known as “Keb’ who?” That’s OK. He actually likes it that way, but he also loves the down-to-earth attitudes and camaraderie of the Nashville community. “A quality that I’ve really noticed in the people I admire the most,” he says, “is their constant use of the question ‘what can I do for you?’ I notice a whole lot of that here, and I try to do the same.” That helpful attitude is not just lip service. We have experienced it firsthand—everything from our neighbors Kim and John feeding us the most amazing brownies to Vince Gill giving us a ride on his tour bus from Chicago and then a personal shuttle and bag service to our front door. My favorite has been looking out the front window and seeing Kevin’s new workout partner, Lee Roy Parnell, good-naturedly watering our flowers for us after helping him with the mulching. Now that’s service. 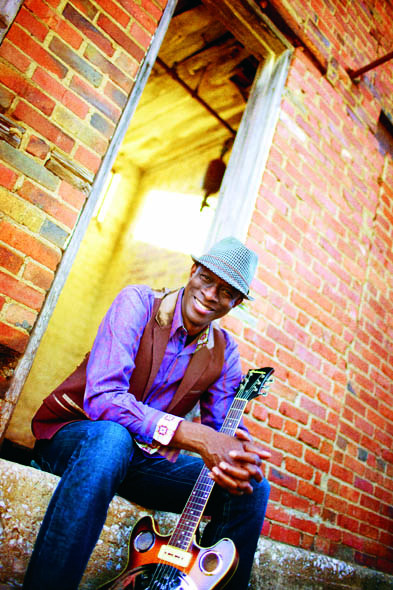 If you work with Keb’ Mo’ you can expect to dig into the details, big time. Just ask John Schirmer, Keb’s sound engineer and right-hand man. They formed an alliance three years ago in L.A. through mutual friend Bonnie Raitt and now have a unique and great partnership that continues into Nashville. “John has learned to be a great studio mixer, and he now takes those sensibilities on the road with us in his front-of-house work. We are committed to a great-sounding show.” That comes from a man who is not afraid of a two-hour soundcheck and has an acutely discerning ear. Whether you hear his album, his solo show, or hear him with his full band rockin’, it’s going to sound right, every time.

It is the fall now, and again we are sitting out on that back porch. This time under the harvest moonlight we talk with Keb’s photographer and website designer, Meghan Aileen Schirmer, on the night before Keb’s photo shoot. We talk about the intention for this project and for the ones to come, because that is always required when working in Kevin’s world. He does nothing without examining the greater purpose and meaning behind it. What motivates him is a sense that he can be a beneficial presence on the planet, and he challenges those around him to do the same.

“The way I see it, I’m ready for another chapter in my life’s work. I’d like to do something that will enrich the music and social community in a profound way. And besides that,” he grins widely and says in his best Baptist preacher voice, “I wanna add a touch of color up in here.”

And so for many years to come we will continue to experience pink and orange sunsets, lush green and then golden-red trees, and Keb’ Mo’ and his music. If you haven’t heard his work yet, my guess is that when you hear it for the first time you will say to yourself  “Why didn’t I do this a lot sooner?” 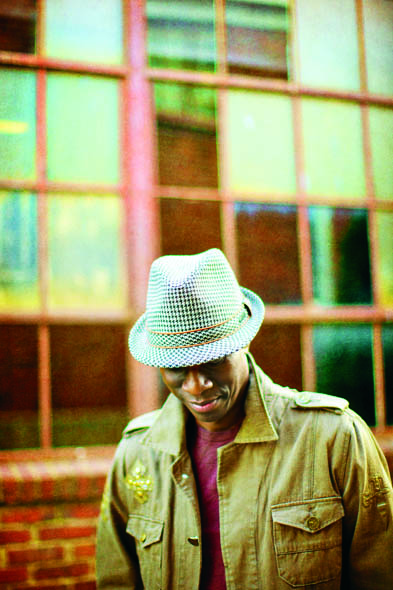 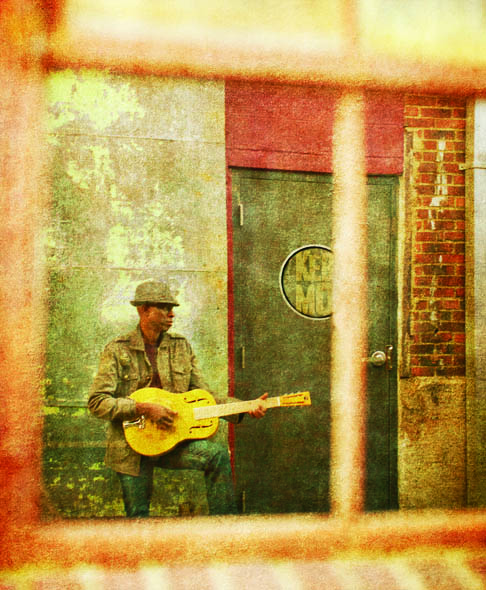