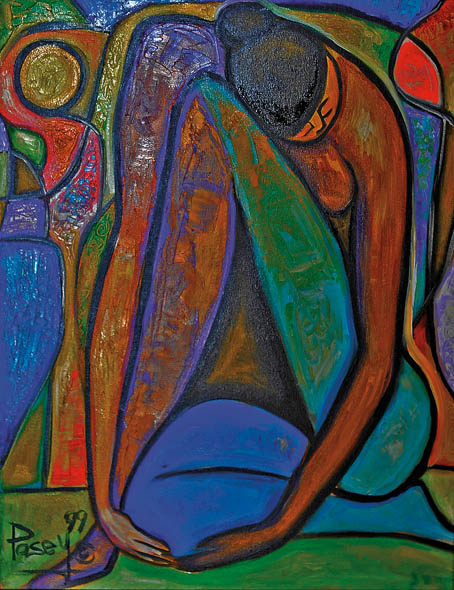 It is tempting to believe that only those with brush in hand are in the business of making art. But history is filled with examples of dynamic and important patrons. Where would Michelangelo have been without Pope Julius II? Rubens without the Spanish court? Today, Nashville Arts Magazine strolls down a quiet Brentwood street to find a proactive, visionary collector of our own . . . in the most unlikely of packages.

Rapping on the door of the Wilson family home, one would hardly expect the atomic explosion of rainbows that hide just beyond the welcome mat. Covering the walls is a vibrant collection of prints that seem to emit their own energy. Their rich hues spring out like crouching tigers. Every corner holds some unexpected feast for the eyes.

I recently stopped by the Wilson residence to take a look at their impressive collection of contemporary African-American art. Trying to shake off a stubborn head cold, I seated myself on a pristine cream sofa and passed the time by drinking in the artwork and choking through loud, embarrassing coughing fits. Both acts were equally breathtaking.

Suddenly, mysteriously, as if borne on a small cloud, Dorothy Wilson breezed into the room. A tiny wisp of a woman, she is as delicate as a china teacup. In spite of her eighty-plus years, Dorothy’s charm lights up her home. Extending a soft hand for a feather-light handshake, she sat down. I immediately adjusted my posture—she has that effect on you. 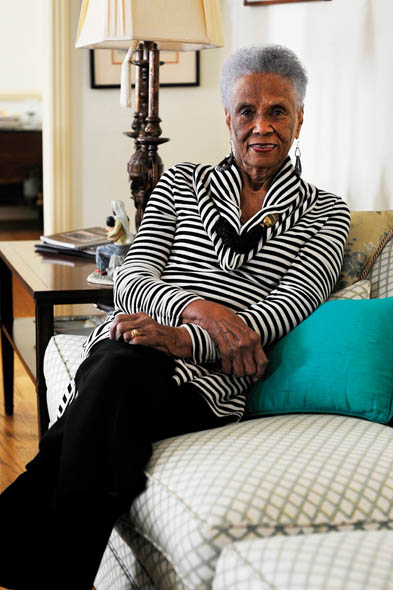 Dorothy spoke in a soft, melodious voice that put my gravelly, flu-deepened pitch to shame. In spite of myself, I felt clunky beside such a bright little flower of a woman. She shares with Vanna White the rare power to direct your attention to objects by merely smiling and half-gesturing in their direction. She floated through the house as if borne on a magic hovercraft of Southern charm, while I shuffled behind her feeling more and more like Quasimodo as the day transpired. Dorothy’s demure exterior holds an inevitable surprise. Her life has been characterized by bold choices and an energetic pursuit of her dreams. After telling me that she had been a schoolteacher before she retired, she grabbed my knee, saying I would never guess which subject she taught. “Health and human sexuality,” she laughed. Indeed, I was surprised.

Throughout her life, she was drawn to colors, but Dorothy did not begin collecting until she was near retirement age. That is one of the most impressive things about her collection—in a relatively short time, she managed to cultivate an amazing eye for good art.

Born and raised in Nashville, Dorothy moved east to Washington, D.C. later in her life. Determining to teach at the college level, she eventually retired from Howard University. It was during her time in D.C. that her passion for art was awakened. Caught up in the atmosphere of the dynamic D.C. arts scene, she started buying. Soon, her pastime had become a full-blown addiction.

Joined by her son Lamar, Dorothy immersed herself deeper and deeper into the world of art. They opened an antiques shop on Capitol Hill and began traveling the Northeast in search of emerging artists. Lamar later opened a gallery in Atlanta, and the two of them, mother and son, continued to pursue a passion that has turned into their life’s work. When asked why she started going to galleries or collecting art, Dorothy smiles, “It’s just so much fun.” A truer or more pure reason has hardly ever been uttered.

Through her obsessive and excited pursuit of new and original works, Dorothy has amassed a historic collection of prints by contemporary African-American artists. She claims, “I would see it, like it, and figure out a way to buy it.” 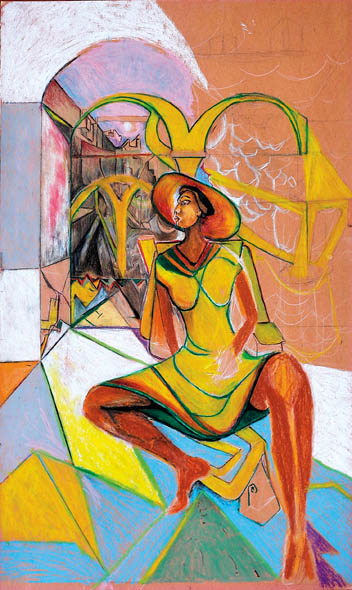 Despite the fact that collecting is a source of joy for Wilson, her work is not without political overtones. In the 1980s, when the Wilsons began their business, African-American artists struggled for respect in a market that oftentimes pushed their work to the margins. The Wilsons understood that fostering the careers of their favorite artists could help change the climate of the art market in the United States. Dorothy’s favorite artist is Romare Bearden. She began compiling his prints as a tribute to her admiration for his work. Bearden, a father of the Harlem Renaissance style, is famous for his two-dimensional modernist collages and prints. He connected the emerging modernist aesthetic with a particularly African-American voice and perspective. Dorothy and Lamar take every opportunity to exhibit his works as a means of enlightening new audiences about his contribution to American art.

In D.C., Dorothy and Lamar were neighbors with a young Joseph Holston. Dorothy would visit his studio, attend his openings, and, of course, add print after print to her growing collection. “He just loved me to death,” Dorothy smiles. Holston’s lyrical, emotive paintings draw from a vivid palette. Over the years, recognition of his work has become more mainstream. His study and celebration of African experience have gained worldwide attention. In their role as sponsors, spokesmen, even, for emerging artists like Holston, the Wilsons’ work has become a powerful force. By acting as patrons and educators about these contemporary masters, Dorothy and Lamar helped spread the word about them.

While looking at family photos in her kitchen, Dorothy mused about the roots for her all-consuming passion. “My freshman year in college at TSU, you had to take art appreciation.” She recalled her teacher as a gentle and kind spirit who helped her to encounter “artists, and not just art.” It was this shift in focus to the human, the personal that shaped the way that Dorothy looked at art. This viewpoint is evident at first glance when observing this collector among her treasures. Her flare for art is based in a love for artists and the same passion for people that characterized her many years as a teacher.

Lamar describes his family’s collection as “Americanist,” adding that their hope is to make African-American art “become more mainstream.” With their collection, they connect the lives of artists and audiences one person, one print at a time. Dorothy’s vibrant personality and the bright hues of her beloved prints fuse to make a collection so personal, so bright that it has its own life—both inside and outside of these walls that surround it. 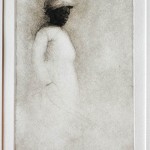 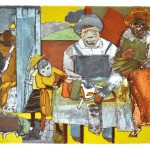 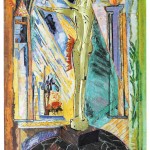 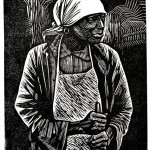 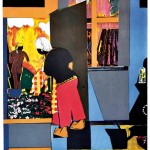 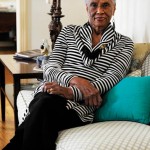 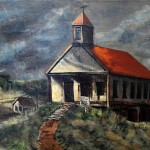 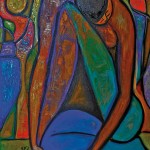 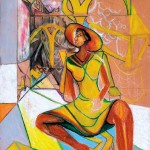