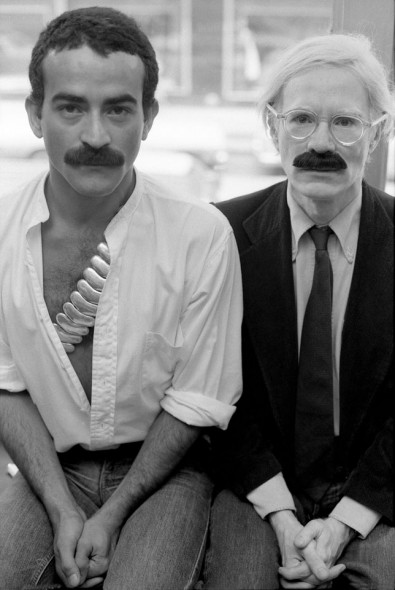 In the 1970s, an aspiring young photographer named Raeanne Rubenstein shot for many of the most popular magazines of the day. Her beat was the flamboyant artists and musicians who lived and worked in New York City’s famed Lower East Side, home to the Fillmore East, Abby Hoffman, Jimi Hendrix, and so many other now-legendary characters. Her clients included then-alternative magazines like the Village Voice and Rolling Stone, and later, mainstream magazines like Life and People. One momentous day, she was sent on an assignment to photograph a hot artist who was making big waves in the worlds of advertising, art, and music—Andy Warhol. Rubenstein and Warhol hit it off, and for over a decade she became a fixture at Warhol’s Factory, both as friend and documentarian. She captured Warhol with the legends of his day, from Federico Fellini to Halston, from Lou Reed to superstars Viva and Jackie Curtis, and was there when he directed and shot films, took Polaroids, painted, and even invented Interview magazine.

Click here to view her images and to read Nashville Arts Magazine’s exclusive discussion with photographer Raeanne Rubenstein in our online magazine!