Portraits by Juan Pont Lezica Premiere at the Parthenon June 2

Juan Pont Lezica’s new series of photographs, which may well have started life as a whim, has blossomed into a meticulous, quirky arcade in which much-loved art masterworks have been re-cast with living actors, some of them Nashville royalty.

Hope Stringer, devout art collector, spookily evokes Modigliani’s Young Redhead in an Evening Dress. Hope liked Pont Lezica’s remake of Modigliani so much that she bought it on the spot.

Demetria Kalodimos plays several roles, as board member of the Parthenon Conservancy, host of the show, and as actor. First, she delivers a flawless impersonation of Manet’s Le Fifre (The Fife Player)—in college she was a music major, and a fife player too. Then elsewhere in the series, and something of a local deity herself, Demetria peeks back at us from 2,500 years ago as the white-faced marble Minerva wearing something similar to the helmet Brad Pitt wore as Achilles.

I myself am particularly fond of the dreamily surreal recreation of Ingres’ La Grande Odalisque, which features a model cunningly tattooed (for real, Pont Lezica says), on the upper two-thirds of her splendid back, with a longish passage, in Cyrillic, of Russian text.

Further expansion of the series promises a depiction of Lady Godiva astride her horse on Lower Broad—the explanation of which we await breathlessly—and a tableau, featuring the Nashville Ballet, of an impressionist work. In all, the exhibit will go public June 2 with a projected seventeen 45” x 36” photographic confections after the manners of whomsoever.

What fun it must have been to play a part in Pont Lezica’s jeu d’esprit. Throughout, of course, he is the maestro. But everyone involved, from models to the art director and makeup artist Kim (Pont Lezica’s wife), was probably made to feel essential to the project. And, indeed, probably was.

Pont Lezica, though, never seems to play the temperamental artiste. He throws his arms around a bit as he talks, but that might be because he’s enthusiastic about everything, or because he’s from Argentina. (No, he doesn’t tango.) Apparently, he’s lived and worked everywhere but the moon—Paris, Tokyo, New York, Italy, Spain, Buenos Aires. However, his cosmopolitan background doesn’t display itself in any sort of overbearing way.

“So,” I ask, “Why Nashville?” He sweeps his arm around one cavernous room, diffuse light tumbling in from walls of windows on all sides—the ideal photographer’s studio. “You couldn’t find, or pay for, this big a space in Tokyo, New York, Paris. There are great advantages to living in Nashville.” 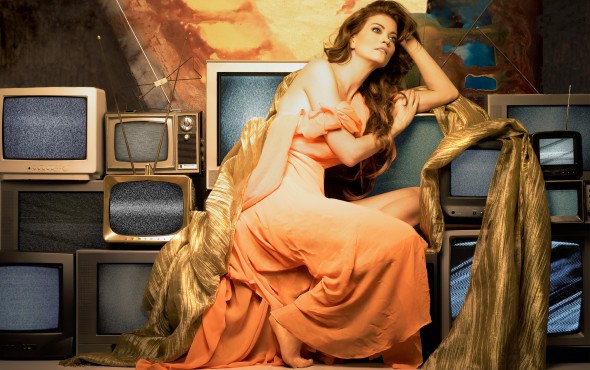 Pont Lezica and I wander around his ten-thousand-foot studio on Chestnut Street, now, at 3:30 p.m., mostly empty, the sets and the models departed for the day. So, I ask, does he specialize? No. Does he advertise? No. Does he have an agent? No. Does he have a publicist? No. So, how does he get to take pictures of the beautiful people, all those skinny models in designer clothes, show biz types, people who look like they could own airplanes?

Latin shrug. “Word of mouth,” he says. “People talk to people. Then they call me. If I specialize in anything,” he emphasizes, “it’s the kind of portraits I do. I have one goal—not to make people as beautiful as they can be, but to make them feel as good as they can about themselves. That’s the key. What people all want, even the already pretty ones, is to feel good about themselves.”

Here are a few parting bones for the techno-geeks. Pont Lezica uses high-end Canon digital cameras, with some “secret” alterations, so I can’t reveal them. Hint: they have something to do with optimizing the full frame of the recording medium.

“I love the old glass lenses and heavy bodies, but you can’t beat digital cameras for resolution and convenience. Still, I don’t use strobes much, just a standard light scheme—key, fill, and back lights—like in the old days of film and darkrooms.”

Is Pont Lezica a Photoshopper? “Not really,” he says. “Photoshop is a handy tool for cleaning shots up, but the finished prints are pretty much as they were shot.”

Click here to see this article in our full online Magazine