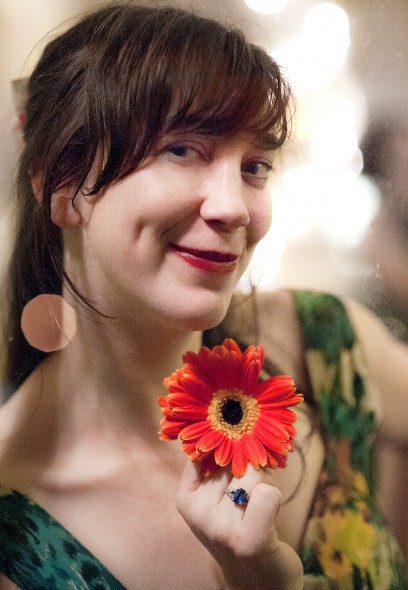 Status quo is Sarah Souther’s dirty word. From a stint in the film business after studying design in her native Ireland to the juggling of five jobs while raising a child in Nashville, Sarah has turned an experiment with homemade marshmallows into a thriving business with a little help from Nashville friends.

Ten years ago Sarah was a single mother living on a remote family farm in Ireland. A vacationing Nashville songwriter asked her to marry him. Excited to escape a country that views change with suspicion, the twenty-five-year-old didn’t hesitate. Change was her mantra. And though the relationship did not last, she found the supportive and positive vibe she longed for in Nashville.

Marshmallow became a passion after she dined with friends at a local tapas restaurant. She encountered a homemade version of the heretofore-dumpy marshmallow in her dessert, and her curiosity was piqued.

She experimented that night, making her own with rosewater and ground cardamom. Friends loved them, demanding she make them for their dinner parties. Five jobs quickly became one, and the budding candy empress declared marshmallow the new cupcake. “In England and Northern California and New York, women have taken up a tape measure, noticed that their asses have expanded far beyond their wildest dreams, and now the marshmallow is the future of classy decadence.” With that she began to market her “fluffy confections.”

After a brutal winter selling from an unheated cabin on a trailer, she took the leap to leasing a space that would become the Bang Candy Company in Marathon Village. A framed silk scarf with a handgun motif in pink hangs on the exposed brick wall above an antique jukebox in the café’s doorway. The scarf was part of a line of apparel designed by Sarah years ago as a “bored housewife” looking for something to do. The gun motif runs through her collection. Why?

“You know, guns are, well, sculpturally interesting and rather provocative.” Souther was held up at gunpoint fourteen years ago in Ireland in a run-in with the I.R.A. and again on Belmont Boulevard a year ago. She’s dealing with it. She feels that inscribing women’s silk adornments with guns is a function of taking control of uncontrollable circumstances. It is a declaration of power.

Advised that the logo of pink six-shooters would offend people, she countered, “Then I have to use it. It’s provocative and interesting, and people will talk about it. Better than a dancing marshmallow!”

The café offers a variety of soups, paninis, gourmet coffee and teas, and a variety of her own delicious simple syrups recently featured in bon appétit magazine. An array of marshmallows is sold individually or in gift boxes.

Romance carried her here and friendship held her. Find Sarah at Bang Candy at 1300 Clinton Street. She’ll be the redhead resembling Florence from the Machine, head thrown back at the slightest provocation exclaiming “grand!” or “brilliant!”, her voice a dead ringer for Julia Childs. Come for the good food and treats and you’ll likely leave with a new friend.

Hours are 10 to 5 Tuesday through Saturday. Look for an expanded schedule this summer. And if you venture to Ireland you can stay with her folks at their country guesthouse.

Click here to see this article in our full online Magazine