Groundbreaking Photographer Opens at the Frist, Travels the U.S.

Like an anthropologist uncovering the unknown customs and behaviors of a far-off civilization, Carrie Mae Weems has, for more than thirty years, shined a spotlight on the hidden experiences and traditions of marginalized people—using her experiences as an African American woman to make the unseen “other” visible to mainstream culture. Weems constructs images that question the nature of power and representation and insert the veiled experiences of the marginalized into the historical record. The first major retrospective of her work, organized by Frist Center curator Katherine Delmez, is a long-overdue look at an artist that the New York Times’ Holland Cotter has described as “one of our most effective visual and verbal rhetoricians.”

Weems’ work is socially engaged to the core—breaking beyond the bounds of the insular art world. Her self-described ambition as an artist is to “make art . . . that adds and reveals; to beautify the mess of a messy world, to heal the sick and feed the helpless; to shout bravely from the roof-tops and storm barricaded doors and voice the specifics of our historic moment.”

A deep-seated yearning to tell the untold stories of African Americans and her belief “that black folks operate under a cloud of invisibility . . . even in the midst of the great social changes we’ve experienced . . . with the election of Barack Obama” is at the heart of her art. Weems works in opposition to society’s refusal to include marginalized peoples as part of the greater whole. “Black experience is not really the main point; rather, complex, dimensional, human experience and social inclusion . . . is the real point,“ says the artist.

Carrie Mae Weems’ social engagement is evident from her earliest works. Her Family Pictures and Stories (1978–84) was conceived as a rebuttal to the Moynihan Report from 1965, in which future senator Daniel Patrick Moynihan blamed the troubles of the African American community on the matriarchal nature of many black families. Turning her camera on her own extended family, Weems chronicled their everyday life, providing a realistic, unvarnished portrayal, including their challenges and troubles. Like photographer Roy DeCarava who gave voice to the community around him in Harlem, Weems, from the start, positioned herself as the image-maker and storyteller—providing an inside view of unseen experiences.

Weems is the leading character in much of her work, turning her gaze back at the viewer and making it clear that she is the orchestrator of the scene. As Robert Storr writes in the catalog to the Frist Center exhibition, “. . . like a moving-picture auteur, she is the director, set designer, costumer, and star of her own unmoving pictures. By stepping in and out of multiple roles . . . she signals . . . her complete authorial control over every aspect of her production.” Weems employed this trope to great effect in one of her most iconic works, The Kitchen Table series from 1990, which tells the story of a strong-willed black woman and her relationships with a man, a daughter, and female friends. Weems has referred to her own image in her photographs as her “muse” . . . a woman that “can stand in for me and for you . . . she leads you into history. She’s a witness and a guide . . . engaged with looking, with being. She’s a guide into circumstances seldom seen.”

Although it may seem autobiographical, for Weems the key protagonist in her work is the viewer. “I use myself simply as a vehicle for approaching the question of power. It’s never about me; it’s always about something larger. I use my own constructed image as a vehicle for questioning ideas about the role of tradition, the nature of family, monogamy, polygamy, relationships between men and women, between women and their children, and between women and other women—underscoring the critical problems and the possible resolves.”

Folklore also plays a significant role in Weems’ work. She uses it to uncover buried stories, mirroring the experiences of African Americans and revealing the undercurrents of racism in mainstream culture. In her Ain’t Jokin’ series Weems uses racist jokes as a tool to deconstruct white perceptions of blacks. In a similar manner her American Icons series utilizes racist images found in black Americana collectibles to underscore how those perceptions linger beneath the surface in society.

By questioning widely held assumptions and revealing the hidden history of African Americans, Weems is able to directly engage with the historical record. Her deconstruction of history perhaps reaches its most affecting apex in From Here I Saw What Happened and I Cried (1995–96). In this series of thirty-three appropriated historical images of African Americans, Weems delves into some of the most racist and hurtful historical representations. Etched into the glass that covers each image are phrases such as “You became a scientific profile,” “A negroid type,” or “An anthropological debate.” Flanking the photos are mirror images of a regal Mangbetu woman, standing as witness to the dehumanization of African Americans that is represented in the photos and text. Through this series, Weems poignantly rescues a photographic history of African Americans from stereotypical conventions and gives voice to the disempowered.

This type of relentless historical questioning continues to occupy Weems today. According to Delmez, Weems is “still very much interested in the question of who is writing history and why and how it gets passed on to the next generation. In the video Constructing History: A Requiem to Mark the Moment, she uses young art students to recreate well-known moments in history such as the assassinations of JFK and Martin Luther King, Jr. The constructed nature of history is underscored through the purposeful inclusion of the lighting tracks, pedestals, and cameras used on set.”

A notable aspect of Weems’ work, for Delmez, is her ability to “continually . . . address varying—yet linked—topics in meaningful and innovative ways.” Delmez “also admire[s] the way in which she is interested in the notion of having people of color stand for the multitudes. This is especially successful in her series Roaming in which she wanders through the streets of Rome and other Italian sites pondering humanity’s collective past and present condition.”

Delmez hopes that visitors to the exhibition at the Frist Center will “leave the exhibition with a greater awareness and compassion for peoples and stories that have traditionally been hidden
or marginalized.”

The Weems retrospective is a major landmark for the Frist Center, and it will travel to the Portland Art Museum, Cleveland Museum of Art, and the Guggenheim, New York.

Weems is an artist with an ambitious and keenly focused vision, and it will be fascinating to see how her work evolves over the next decades as she continues to challenge and reposition the cultural and historical markers that make up the broader human narrative. As David Bonetti noted, “Weems asks inconvenient questions and comes up with unwelcome answers. For that alone, no contemporary artist’s work is more important.”

Carrie Mae Weems: Three Decades of Photography and Video will be at the Frist Center September 21 through January 13. 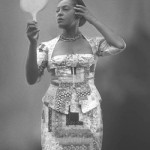 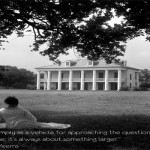 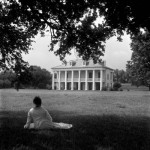 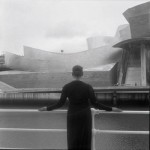 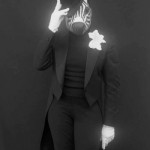