The Paintings of Bill Killebrew is on view at the Parthenon until January 26, 2013. 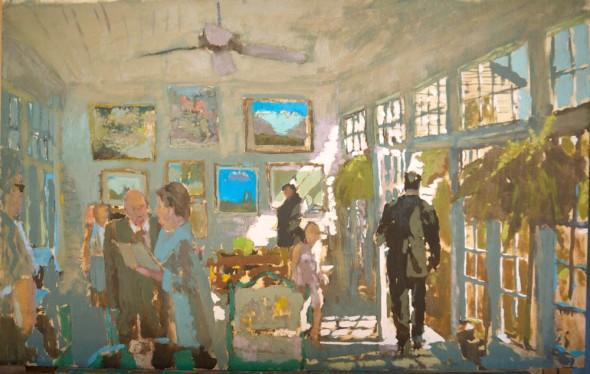 While “non-objective art” is a type of art that owes its origins to Russian artists such as Kandinsky and Malevich, arguably it can also be used to describe most if not all styles of art.

What art is truly objective, after all? Expressionism and representational art, however, muddy the canvas. A scene may be based in reality, but when executed by the artist, objectivity gives way to emotion, and the painting becomes an expression or representation of the scene. In the hands of a master, such as French artist Édouard Vuillard and his painting Mother and Sister of the Artist (1893), the result is staggering in its delivery, though equally compelling in its simplicity of scene. Make something more of it if you want, or don’t.

Nashville artist Bill Killebrew doesn’t want you to try too hard. Influenced by Vuillard, as well as Giorgio Morandi, Killebrew has been painting what he sees for decades, creating what he calls “non-objective art” as opposed to expressionist or representational art. And he’s done it, since at least the early ’80s, with very little public or critical attention. Now in his first major exhibit at the Parthenon and his first museum show, Distilled Accumulations: The Paintings of Bill Killebrew, Nashville may discover what Killebrew’s friend and renowned artist Wayne White has known all along, that his work’s “color, composition, and surface rival the great French masters . . . Bill Killebrew is a genius.” 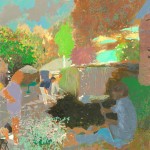 “It’s just pictures of stuff without an idea,” says Killebrew humbly while sitting in his sun-drenched home studio in the Forest Hills section of Nashville. “Something you see just grabs your attention. A lot of times it’s about a light quality, like as we sit in here and there’s a cool light coming in.”
One of those pictures of stuff is the centerpiece of Killebrew’s fourteen-painting Parthenon exhibit. Becca Porter Holloway in Her Studio on Block Island (2011) is a lush and vibrant 42.5” x 54.2” oil on canvas that is just as its title suggests: Killebrew’s sister-in-law, Becca, in her studio surrounded by stuff.

“We went up to her studio, and it was winter,” says Killebrew. “And there’s all this stuff in there. It’s kind of a compressed space. That’s really always what it’s about, an activity or sometimes an event, but never an idea. There’s no deeper hidden meaning, or anything other than I like this thing and I’m trying to pull it together.” 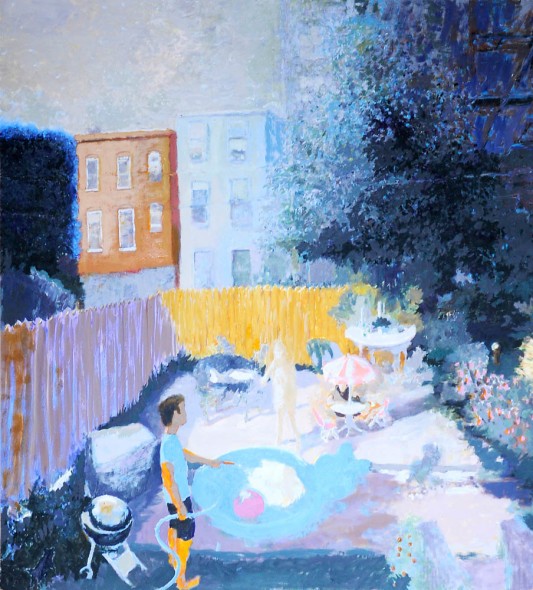 The accumulation of thick paint by piling brushstroke upon brushstroke while “simultaneously distilling and flattening the objects in the picture,” according to Parthenon curator Susan Shockley’s description of the show, is all part of the process for Killebrew, as opposed to a goal.
“When you do non-objective painting, you come in and there’s your canvas, and the thing you start reacting to is what you’re painting at the time,” he says. “You step back and you look at it, and there’s something about it that bothers you, and you start messing with it, and it starts to turn into something else. So much of non-objective painting is just that. You don’t have an idea, and that’s what I like.” 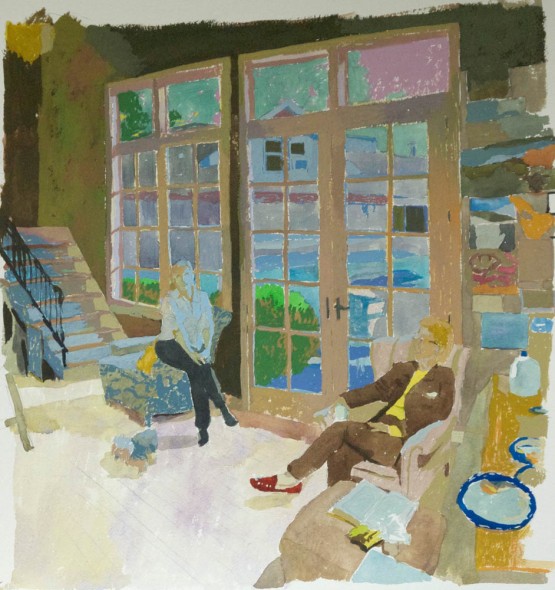 White, whom Killebrew met when both studied at MTSU under famed—and famously tough—teacher David LeDoux, even though they were several years apart, sees much more in Killebrew’s painting. “Bill’s work is an inspirational example of art for art’s sake,” he wrote via email. “Out of pure love for the craft, he has steadily created thousands of paintings and drawings for forty years, without gallery shows, media attention, or any kind of attention at all. It’s a true and steady vision. It’s deep and personal poetry that expresses the beauty of daily life as seen in figures, interiors, landscapes, and still lifes. It’s the first really good painting that I saw face to face as a green kid fresh out of Chattanooga and the standard I always measured my early attempts against. Bill was my first art hero, and he still is. Every time I visit Nashville, I make a beeline to his studio to groove on the latest masterpieces. It cheers me up just knowing he’s out there painting away.” 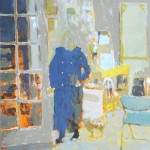 Killebrew, an accomplished guitarist who was in the original lineup of the sometimes-sprawling, iconic Nashville band Lambchop with Kurt Wagner, is also using his debut at the Parthenon as an opportunity to explore the connections between music and visual art. He commissioned composer Rachel DeVore Fogarty to write string quartets interpreting four of his massive 78” x 80” paintings, among them That Night the Clouds Were Really Bright. The recordings of the music, written to accompany the paintings, will be available for purchase in the Parthenon’s Museum Store during the run of the exhibition.

If White has his way, where the people of Nashville need to be is at the Parthenon. “Nashville, wake up!” he proclaims.

You have a master living among you. Go to this very important show, and find out what I and a small group of people have known for years—Bill Killebrew is a genius. 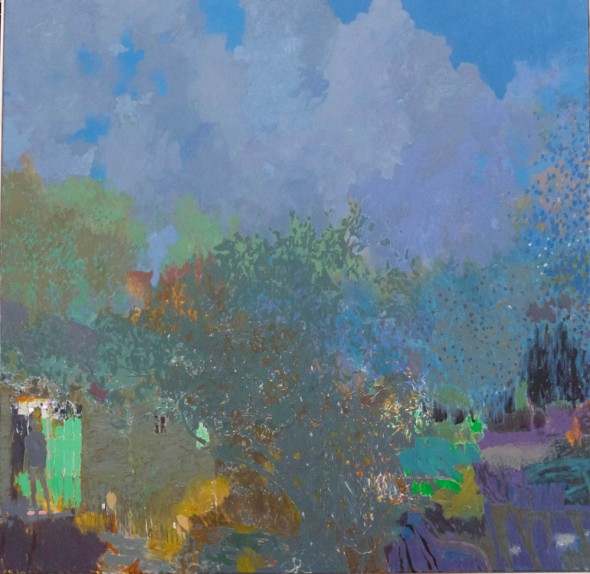 Distilled Accumulations: The Paintings of Bill Killebrew is on view at the Parthenon until January 26, 2013.