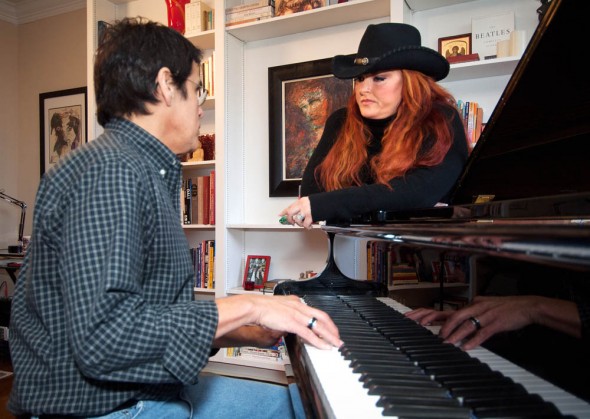 Picture the moment. A great singer, alone on a stage, bathed in light. An adoring audience, mesmerized. Rapturous applause, the spirit soaring. What crazy alchemy conjured this magic, what powerful formula transformed a sound wave into an emotion that leapt across the footlights and straight into the heart? How does that happen? Well, it’s not easy. You can start by taking equal parts talent and luck and throwing in a good measure of timing, tenacity, and desperation. Sweeten the mix with a dash of hunger and desire, and, if the stars align in the right configuration, you might just have the elixir you were searching for. Or you can call vocal coach extraordinaire Ron Browning, a creative tour de force that nurtures and supports the beginning student and the successful artist.

Browning’s credits and skills loom large and far beyond the musical geography of Nashville. He teaches at the Castleton Opera Festival, which is under the leadership of world-renowned Maestro Lorin Maazel, conductor of the New York Philharmonic (2002–09) and currently conductor of the Munich Philharmonic. Maazel has said about Ron’s work at Castleton, “Ron is simply a master! The singers absolutely love working with him.” Browning traveled to Norway with Wynonna Judd when she performed at the Nobel Peace Prize Concert. In the liner notes of her Classic Christmas CD, for which he produced her vocals, she writes, “When the student is ready, the teacher appears. God sent Ron to me just in time.” From the Schermerhorn stage she dedicated “Ave Maria” to Ron and then said, “He is an angelic spirit, and anyone interested in singing needs to study with this man.”

In an interview for the BBC, Ben MacDougal said about Browning, “To use the word Zen may be a little contrived, but there is a sense of his being connected to the universe that puts people instantly at ease, and I’d argue that this is part of the secret to his success. The interconnectedness of all things embodies this sentiment perfectly, and it provides the medium and backdrop of a formidable talent. It, perhaps, goes some way to unraveling the mystery that describes consummate musicality rather than just some musical talent.”

Its not my job to create an artist, but it is to free the artist.  I can bring them to the water of a song, but i cant drink it for them.

His work is a high form of the distillation of what he observes and hears (he is a true listener), moving his artists constantly towards honesty, authenticity—which is different and specific for each singer, each student. One of his skills is to release their uniqueness, not to create it.

“Singing is an act of intimacy, of passion. It is intensely personal—at least, it should be. It’s physical; the whole body is the instrument vibrating with the power of sound. The song is your skin. You have to be that song.”

He also means to somehow “retrieve the soul of the child in each of us, that moment of the original gift. We are all born to sing. We are born crying out. Our first sounds are music, the rush of our mother’s blood and the beat of her heart. Our heartbeats swing—it’s not a straight beat—and that’s as cool as can be!” 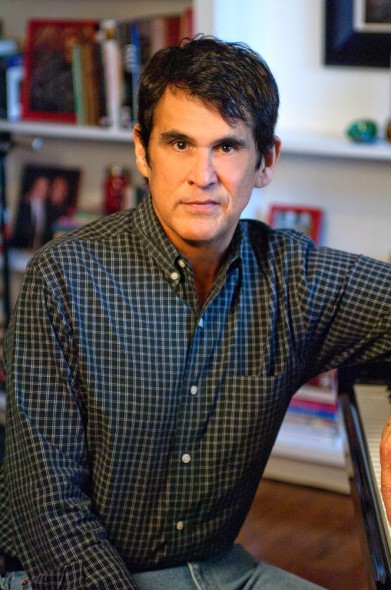 As a gifted singer, writer, musician, and performer, he knows what he’s talking about. He grew up in a loving and expressive musical family in the town of Vicco, Kentucky, population 700, and from the time he was in third grade, he was playing stride piano in church. They would send for this little boy to play for their soloists and choirs, and he began to work on vocals by picking out harmonies for them. Also, “Old timey people would stand up to give testimony and they would just start to sing—under the spirit.” He pauses, emotional. “I take so much of what I do today from that.”

His technique is complex but addresses any level of singer, and he always asks his students, “What do you want?” and hears even more than what they may answer. As a teacher, his goal is to build the instrument—how to use the voice. As a coach, it’s phrasing, finding material, musical style. As a performance coach, it’s “how you claim the stage. Are you at home? Are you believable?” As an artist’s counselor, it’s what it takes to build a professional career. He is in constant demand by record companies and legendary producers in all genres to work with their new acts, because his intuition and skill and clarity bring out the best of what they are capable of doing.

Ron Browning was given the very first Lifetime Mentor Award by the Nashville Jazz Workshop in September 2010 “For inspiring and enriching the lives, hearts, and minds of so many.” It recognizes his conviction that “there is no end of creativity. It is constant. You can’t limit art.” He never has.

Watch a video of Wynonna’s voice lesson with Ron Browning.

To learn more about Ron Browning’s work and to schedule a voice lesson visit www.ronbrowningmusic.com or call 615.294.3371.