The much-loved Brownie Hawkeye is a Bakelite-bodied camera best known for taking small, square images using Kodak 620 film. Picture taking with this camera was as easy as the owner’s manual suggests: The simple steps for successful pictures with your Brownie Hawkeye Flash Camera, Flash Model  . . . Load with Kodak 620 film. Hold the camera steady for sharp pictures. Frame the picture in the finder. Press the shutter release until the shutter clicks . . . ” 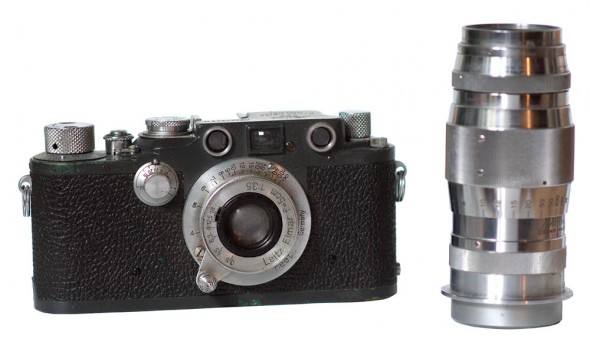 Manufactured by Kodak in the United States, France, and Canada from 1949 to 1961, the Brownie Hawkeye Flash Model Camera is recognized as one of the most popular Brownie models ever made. It is cute, easy to use, and after all these years is still popular with film photographers because it takes good quality 2¼” x 2¼” pictures, twelve shots to a roll, with its simple meniscus-shape lens.

The original price of the Brownie Hawkeye was $5.50 with an additional cost of $7 for the Kodalite Flasholder Lumaclar Reflector. To replace this pleasantly familiar Brownie with another in complete working order, the Internet secondary market would provide you with many similar examples available in the range of $20 to $50. That price range frequently includes one or two of the memorable Sylvania Blue Dot flashbulbs.

Gifted to his young daughter by an American soldier returning from his tour of duty in wartime Germany, this camera has long been cherished. Her father shared with her that it had been given to him by another soldier in his company when he learned that he was a photographer. 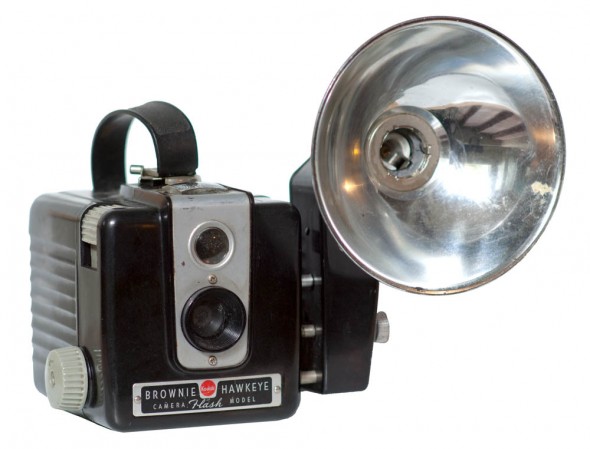 The Leica, made by Leitz in Wetzlar, Germany, is perhaps the world’s most collectible camera. It was developed in 1913, used 35mm film, was easy to operate, and modest in size and weight. It quickly became the camera of choice. Among the pantheon of renowned photographers that worked with a Leica were Walker Evans, Diane Arbus, Helmut Newton, Henri Cartier-Bresson, André Kertész, and Tennessee’s own William Eggleston.

Each Leica produced was marked with a serial number that allows for easy identification of the model and the individual camera’s production date. Leicas found on the secondary market can range in price from a few hundred dollars to hundreds of thousands. The high end is reserved for rare variations, such as the 1923 Leica camera that sold in early 2012 at an Austrian auction house for 2.16 million euros ($2.8 million), an absolute record. The O-series Leica was one from the first batch of thirty-one cameras the company ever created. Only about twelve are known to still exist; fewer still are in such a pristine condition as the one sold.

The submitted Leica is a model lllc. This model’s production started in 1940 with serial number 360175 and continued to 1950 with a reported number of 133,626 units produced. This was the first Leica made of a one-part, die-cast body. The serial number 390583K found on the top plate of the submitted camera denotes that it is one of the 7,650 Leica lllc models produced between 1943 and 1946. The “K” after the serial number on this camera refers to a special ball-bearing shutter designed for cold weather applications, and a white “K” can be found on the shutter screen. These markings are appropriate for the collection history of this piece.

I hesitate to assign a definitive value to the camera due to various undetermined issues around shutter action, case conditions, and replaced parts. But should the camera be in good physical and working condition and have its period parts and accessories, this Leica’s value at auction could be as much as $2,800.