There was something deliciously complicit about interviewing Bob Newhart via telephone.

To be on the other end of those straight-up and dry replies, punctuated with his signature hesitations, that characteristic stammer as he searchesfor the pluperfect aperçu. The phone has always played reliable sideman throughout this great comedian’s memorable stand-up career. Like this, a lift from one of his early works:  he’s imagining how a fast-talking New York press agent advises his client Abraham Lincoln . . .

“Now, what’s this about Grant? . . . You’re getting a lot of complaints about Grant’s drinking? Abe, to be perfectly honest with you, I don’t see the problem. You knew he was a lush when you appointed him . . . Abe, hold on . . . your gag writers . . . You want to come back with something funny? They’ve come up with a thing on Grant . . . they got a beautiful squelch on Grant. You tell them you’re going to find out what brand he drinks and then send bottles to all his generals . . . ”

Me: Seems to me you were way ahead of the curve with that Lincoln routine. They say he actually had a great sense of humor.

Bob: Send a case to all his generals . . . Lincoln actually said that! He thought Grant was doing a great job.

Me: You call it being “over served.” That’s what we say in the South!

Bob:That was Dick Martin’s favorite way to put it when he wasn’t feeling well.

Me: I loved what one of the guys who helped you create The Bob Newhart Show said about the secret to your comedy. He said, “You listen funny.”

Bob:I realize now how good Dave Davis and Lorenzo Music were in highlighting that’s what I do best. We were sitting around kind of spit-balling a profession for me on the show. They talked about a psychiatrist, but they deal with seriously disturbed people. I thought we better go with a psychologist and your everyday neurotics.

Me:Somebody asked you how you pulled off those one-way phone bits and made them seem so real. You said, “I’m leaving room for the answer in my head.”

Bob:It was George C. Scott. He wanted to know how I did those listening responses. He said, “I find that amazing.” It seemed very logical to me. I would actually hear the unheard portion in my head. The thing about phone conversations, in Marshall McLuhan’s term, they’re “very hot.” It’s not passive in that the audience is involved. They’re supplying the other end in their heads. So, in the end, they’re actually applauding how clever they’ve been. And I had to say, “No, George, playing Patton is what is amazing.”

Me:So we might as well blame you for all these people running around with cell phones clapped up to the side of their heads.

Bob:It’s difficult to identify schizophrenics on the streets now, isn’t it? Since everybody’s talking to themselves.

Me: Did you enjoy being a psychologist? 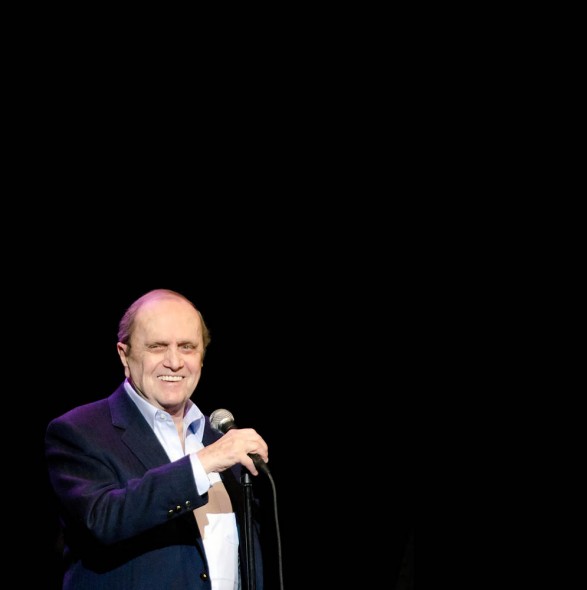 Bob:In a way, comedians actually are psychologists because you keep observing people; you can’t help it. We watch people. We’re never off. There’s no vacation from your mind—so yes, I enjoyed playing a psychologist. I’ve been a comedian for fifty-eight years and come to realize that all comedians really do is watch you people . . . and then you pay to see us “do you.”

Me: I read that the job of any great artist is to make
us see the everyday again from an angle we hadn’t thought of.

Bob: There’s a book called The Shock of Recognition, and that’s what it is. The shock of what we see every day but never have quite looked at it that way. Comedy can get us through some tough times. I’ve noticed that people with a sense of humor tend to be less egocentric and more realistic in their view of the world. They also tend to be more humble in success and less defeated in times of travail.

Me: I saw Ellen DeGeneres recently doing her Bob Newhart phone routine from the early part of her stand-up career—she was getting the Mark Twain Prize for American Humor. And by the way, congratulations to you on your own Mark Twain Prize.

Bob: Richard Pryor was the very first honoree, and I always thought that was perfect because, just as Twain explained life on the Mississippi at the turn of the century, Richard explained life in the inner city. He was a genius. It’s a great thing for them to highlight comedy. The contribution comedy makes to people’s lives really isn’t recognized enough.

Me: You hosted Saturday Night Live—I was there that night. 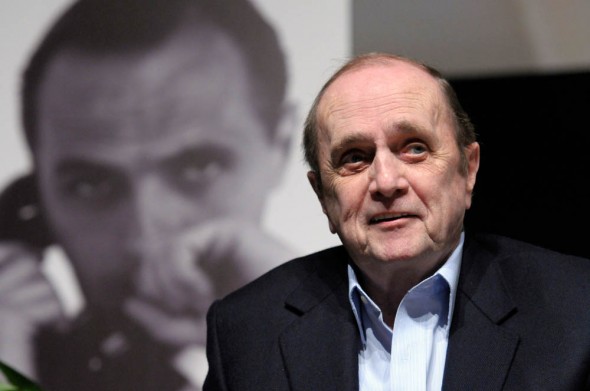 Bob: A couple of times. There was a knock on my dressing room door and it was John Belushi. He said, “Do you remember, you and your wife were in Chicago and went to a Cub’s game and a bunch of kids ran up between innings and wanted your autograph?” I said I did. He said, “I was one of those kids.” If I influence someone, I’m very happy because I’ve had my influences. That’s the way it works.

Me:Buck Henry said you look like the guy at the Thanksgiving table nobody can remember the name of.

Bob: People recognize me but they don’t know why. Men think they were in the service with me, and women think I was their first husband.