Collaboration is the essence of peace, love, and understanding.

In art it has traditionally gone against the grain, fractures the image of the artist as a heroic solitary figure. But society is changing, fueled by a need to connect globally. We see it in music, Rihanna collaborating with Jay-Z, their pairing more than an artist “guesting” on another artist’s album—it is a true melding of talents and ideas to create a single piece of work.

When painter Gary Oglander and potter Evamarie Pappas-Oglander decided to move from Florida to Nashville in 1982, it was Tennessee’s natural beauty that drew them. Nashville’s art scene was steady but small back then, and given Eva and Gary’s desire for clan and collaboration, they created their own arts community. Both sons, Daniel and Eric, were taught by their parents and are now artists in their own right, Daniel living in New York, and Eric recently back in Nashville after living in California. The family has exhibited together, most recently with an installation at the Nashville airport as part of the Arts at the Airport series, and Eva and Gary together at the Janet Levine March Gallery this past November. Eva and Gary are embarking on a collaboration of her pottery painted with his signature wash of pale earth tones and geometric dashes. And they are enthused by the evolution of Nashville’s artist community. “Nashvillians’ taste has become more sophisticated,” Gary says of the richness of galleries and art lovers the city now boasts. 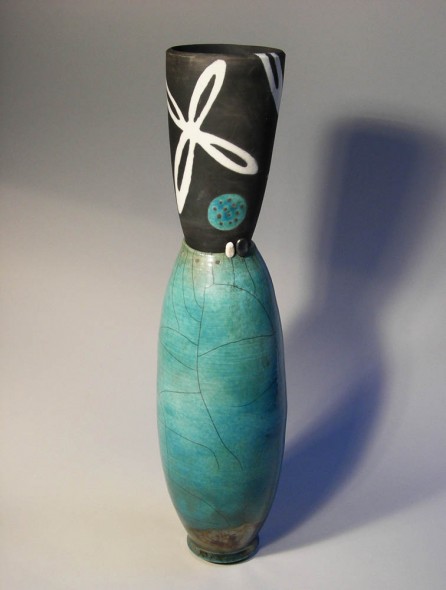 Viewing Gary’s and Eva’s art individually it’s remarkable how connected they are, given the different mediums. Daniel’s and Eric’s work share a similar genetic style. As Eva says, “The family uses the same color palette.” They favor soft blues and organic browns, grays, and whites. “Our work complements each other,” Eva says.

There is an interlinked personality shared by Gary and Eva. They finish each other’s sentences, talk about each other’s work as though discussing their own. They critique each other, tell the other when it’s time to stop working on a piece, share their thoughts honestly, with peace and understanding, and a whole lot of love. 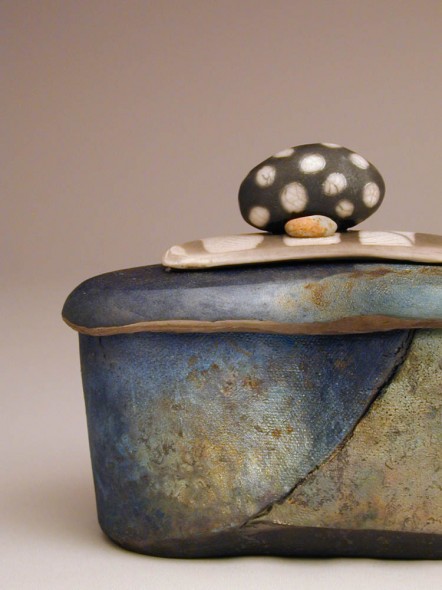 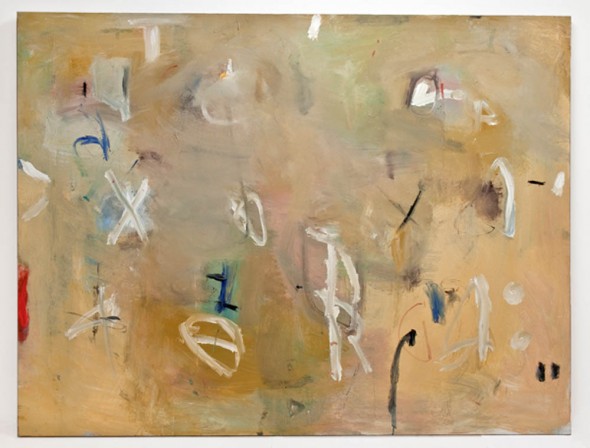 Gary came to painting through Eva. He studied film and theatre at Goddard College in Vermont, went to Florida to help his father with his business, and met Eva. She studied painting and drawing at Ringling School of Art in Sarasota but was drawn to the potter’s wheel the senior students were using, craving freedom from the meticulous nature that hampered her finishing her paintings. She does graphic design and sculpture but says, “Clay is my preference. It becomes addictive.” She uses the raku method of firing her pieces, drawing them from the kiln while they are still red hot. Exposed to the cooler air, the clay cracks, forming its own lines and crevices in natural patterns. The hot clay is then placed in a reduction chamber with pine needles or sawdust that turn to carbon which the clay absorbs, blackening the surface. The result is a multi-textured surface of smooth glazing and rougher burnt areas. Eva’s goal is to have the pieces look like an ancient piece of pottery that’s just been unearthed, like the Minoan pottery she loves. As she talks about her process, you see the fearless and confident artist in her, the willingness to take chances and be surprised. “It’s quite an adrenaline rush,” she says, “with amazing and often unexpected results.” 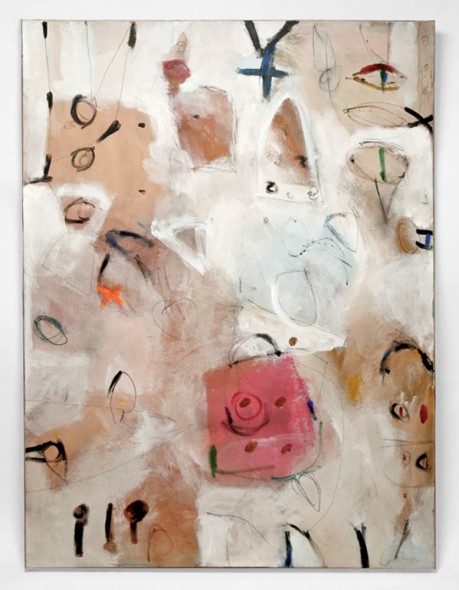 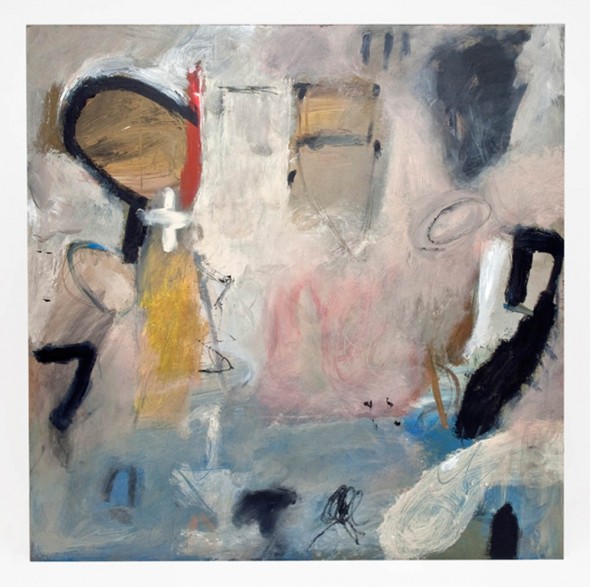 Gary’s paintings have the same free-form sense of risk. They are washes of organic color with a milky succulence, accented with his binary dashes of black to achieve a perfect balance and composition. He will sometimes add many layers only to wash the surface off to begin again, leaving behind a topography of paint that gives depth and texture to the paintings. “Sometimes a piece falls out of me,” he says. “Sometimes I go over and over it.” He was drawn to abstract painting from the beginning and consciously avoids shapes that resemble objects or letters. “I want to take your eye to the edge of knowing,” he says. He has been painting now for thirty years, and his work is part of the permanent collection at the Tennessee State Museum as well as gracing the walls of the Presidential Suite at the Opryland Hotel. Gary also teaches art in his home studio, his students ranging from beginners to accomplished painters. He teaches some technique, though his main goal is to get them to “create a gesture. It’s not about the final product. It’s about the process.” He urges his students to stand back and be loose with the first stroke of their brush, to unleash the mood before worrying about the nose-to-canvas details. 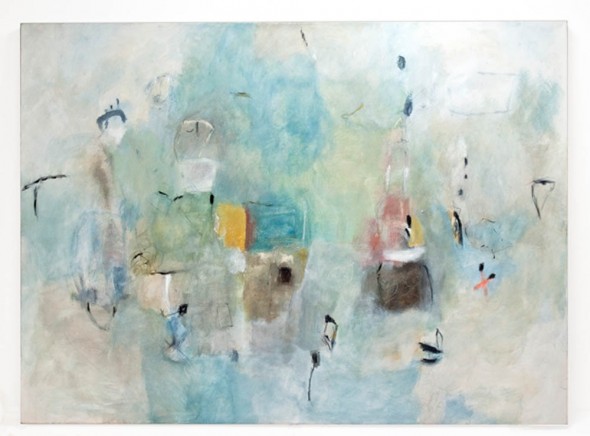 In their home, a live/work space nestled in the woods of West Meade, Gary and Eva are surrounded by the natural landscape that inspires their work, the randomness of weaving wisteria, the dusky and pastel colors of earth and sky. Eva’s new work has taken on the form of seedpods and ocean-worn stones as she has moved from the potter’s wheel to hand-formed vessels bent and molded in elemental curves. Gary has been experimenting with clay as well, though he is still working on the fearlessness that is second nature to Eva. A recent experiment with a clay candelabra ended with a bang. After hours working the clay, a bubble of air hidden inside caused the candelabra to explode in the kiln. Gary was devastated when Eva came up from her downstairs studio to tell him the bad news. But he also gained a new respect for what his wife does. “Eva is really the mentor for all the guys in the family,” Gary says. You can see how her calm puissance radiates out towards her husband and their sons, forming an inspired coterie that allows collaboration, strengthens the individual to become part of the whole that is the Oglander community.

Do you know couples that work in the arts?