I recently visited a home where the owner proudly started sharing her textile collection with me. The opened trunk held many exquisite textiles from around the world. Each was lovely and labor intensive but also difficult to apply anything more than modest value to. However, at the very bottom, under all the rest with about two inches of one edge showing, there laid the subject of this appraisal. It would be easy to imagine the uninformed eye dismissing this blanket as a commonplace souvenir from a trip to Mexico. What I saw was a nineteenth-century Mexican Saltillo serape. 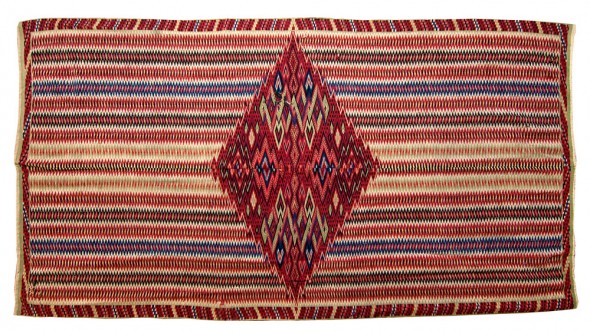 The Saltillo serapes of northern Mexico were among the most flamboyant textiles woven in North America during the eighteenth and nineteenth centuries. In their time, the period from 1750 to 1850, they were a prestigious symbol worn by Spanish colonial gentlemen. Saltillos were woven all over “New Spain” but they take their generic name from the town of their supposed birthplace, Saltillo, in the present state of Coahuila. The textile took on nationalist overtones after Mexico’s independence from Spain in 1821. Horse culture and its accoutrements, from fine horse to fine serape, became distinctively Mexican as well as the epitome of male fashion. The prized outer garment could be worn over one shoulder, wrapped and draped like a shawl during the day, or could serve as a blanket at night. A neck slit permitted it to be worn as a poncho. As the Spanish cult of the horse became entrenched in the New World, the serape took on another identity, rolled and tucked behind the saddle.

Saltillos were produced by a combination of Spanish and native Indian labor. Woven of cotton and wool in two panels with distinctive design structures, a serape required as much as two years to weave and was an expensive purchase. The unique workmanship of hand-woven serapes preserved their high value past the mechanization of wool weaving. They were made by traditional craft as late as 1850. Each Classic Saltillo possesses three distinct elements: the outside border; the field containing either a vertical mosaic, diagonal grid, or a spot repeat; and the all-important center, which contains either a concentric diamond or a scalloped round center. As in this example, Classic Saltillos are woven in stunning spectrums of combined vegetal and other natural dyes in combinations of blue (indigo), red (cochineal) and (Brazil wood) yellow and green.

Their varied use as garment both in everyday use and on special occasions has meant that surviving examples of these finely woven textiles frequently show some wool loss or damage. While this particular serape, which would not be considered a “Classic” due to the central “aggregate diamond,” the design is the best of type from its time (the second half of the nineteenth century). It is rare to find a Saltillo of this type with all natural dyes so, in my opinion, despite areas of wool loss, this
history-laden textile would have an auction estimate of $1,600 to $1,800. This qualifies it as a great parlor find! 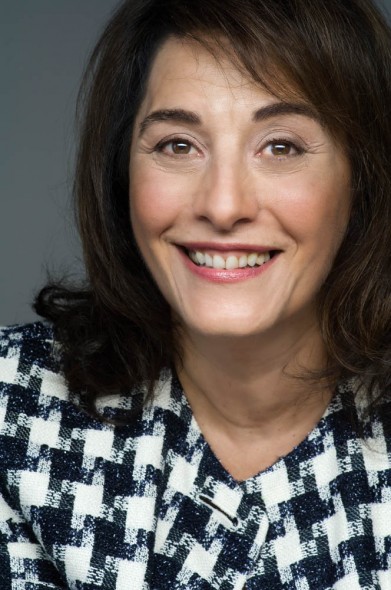 Linda Dyer serves as an appraiser,broker, and consultant in the field of antiques and fine art. She has appeared on the PBS production AntiquesRoadshow since season one, which aired in 1997, as an appraiser of Tribal Arts. If you would like Linda to appraise one of your antiques, please send a clear, detailed image to antiques@nashvillearts.com. Or send photo to Antiques, Nashville Arts Magazine, 644 West Iris Dr., Nashville, TN 37204.

Note of Interest:I have always been fascinated by how material survives at times and the wonderment of how an object makes its way from point A to point B.

A similar Saltillo serape can be found on display at New Orleans Confederate Memorial Hall as part of their “Arms and Equipment of a typical Confederate Cavalryman used in the Civil War…” collection. Their serape may have been collected as spoils of the Mexican-American War (1846-1848). That war of two neighbors was not only a defining event for both nations, transforming the North American continent, but it also unknowingly served as the war college for the United States officer corps, as their main preparation for command in the American Civil War. Years later these men, who once fought together against the Mexicans, would become the great commanders of the American Civil War. Leaders such as Ulysses S. Grant, Robert E. Lee, Joseph E. Johnston, and Stonewall Jackson to mention a few, would find themselves fighting against one another on the battlefields of the War between the States.