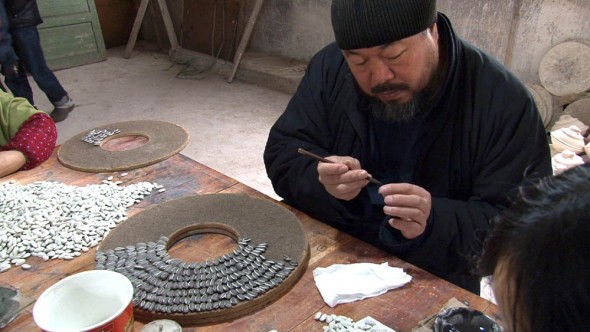 This month on NPT, one of the most celebrated documentaries of last year comes to Independent Lens on Monday, February 25, at 9 p.m. Ai Weiwei: Never Sorry profiles Ai Weiwei (pronounced I-Way-Way), China’s most celebrated contemporary artist and its most outspoken domestic critic. Named by ArtReview as the most powerful artist in the world, he first rose to international prominence in 2008 after helping design Beijing’s iconic Bird’s Nest Olympic Stadium—and then publicly denouncing the Games as party propaganda. Since then, his critiques of China’s repressive regime have ranged from playful photographs of his raised middle finger in front of Tiananmen Square to searing memorials to the more than 5,000 schoolchildren who died in shoddy government construction in the 2008 Sichuan earthquake. Against a backdrop of strict censorship, Ai has become a kind of Internet champion, using his blog and Twitter stream to organize, inform, and inspire his followers, becoming an underground hero to millions of Chinese citizens. He disappeared in April 2011 while in police custody, for three months, quickly becoming China’s most famous missing person. 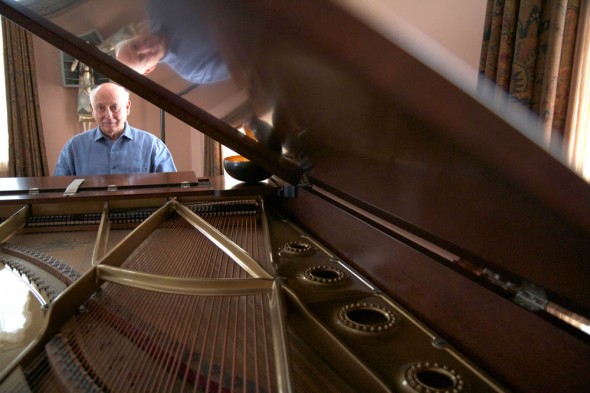 Likely one of the most inspiring programs coming to NPT this month is Lifecasters (Thursday, February 7, at 9 p.m.), a show that unites successful fiction and documentary filmmakers to tell the stories of Americans who use their strength, creativity, and determination to reach their goals—a bit later in life. Three short films make up the show. Adam McKay (Anchorman, Funny or Die) and Shira Piven (Fully Loaded) follow former MC5 guitarist and punk pioneer Wayne Kramer, who finds hope and comfort through music. Oscar nominees Steven Bognar and Julia Reichert (The Last Truck: Closing of a GM Plant, A Lion in the House) observe African-American dancer Sheri “Sparkle” Williams, one of the oldest female professional dancers still practicing in the U.S., and Emmy nominees Aron Gaudet and Gita Pullapilly (The Way We Get By) share the story of Albert Hurwit, a retired doctor who couldn’t read or write music yet composed an award-winning symphony. 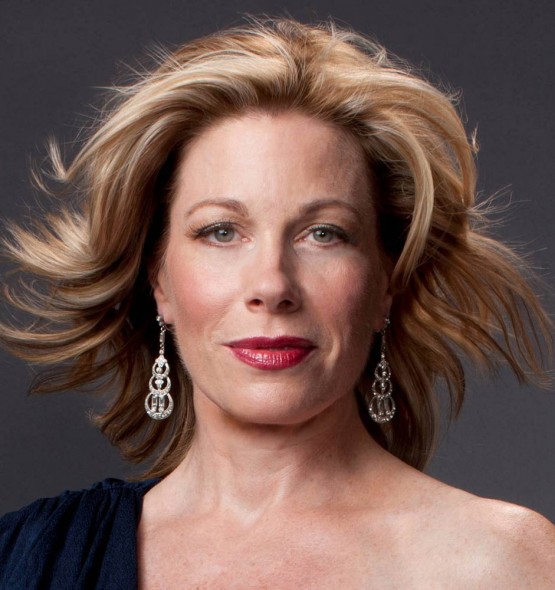 review conceived and conducted by Rob Fisher. The special will be followed at 10:30 p.m. by an encore broadcast of the NPT original production The Gift: The Alfred Stieglitz Collection at Fisk University. The half-hour documentary tells the story behind the gift of 101 pieces of modern art that Georgia O’Keeffe gave the small, historically black college in Nashville—a collection that includes works by some of the giants of American and European modernism such as Picasso, Cezanne, Renoir, Diego Rivera, Toulouse-Lautrec, Charles Demuth, Marsden Hartley, John Marin, Arthur Dove, O’Keeffe, and Stieglitz himself.

Also of note this month on NPT, Shakespeare Uncovered continues on Saturdays, February 2 and 9, at 9 p.m. Bluegrass Underground, Sundays at 10 p.m., includes performances by the Time Jumpers, the Del McCoury Band, Vince Gill, and the Black Lillies, while Austin City Limits, Wednesdays at 11 p.m., has Tim McGraw, Edward Sharpe and the Magnetic Zeros, Gary Clark Jr., and Esperanza Spalding

What is your favorite NPT series? Leave us a note below.