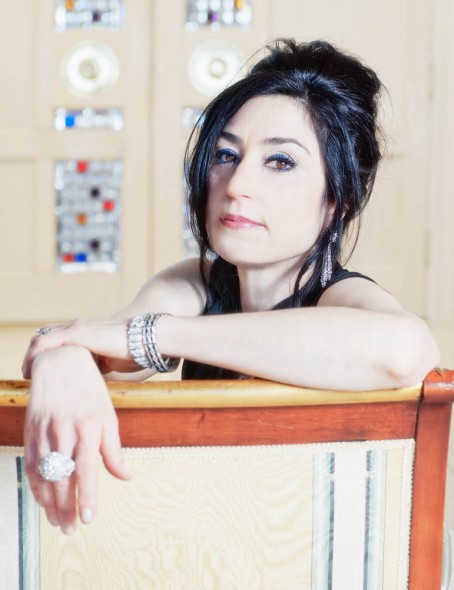 Exactly 203 Burma ruby beads slip through Randi Williams’ fingers, each one glistening with the clear, claret hue of a pomegranate seed. The three-strand necklace they comprise is deemed, in the parlance 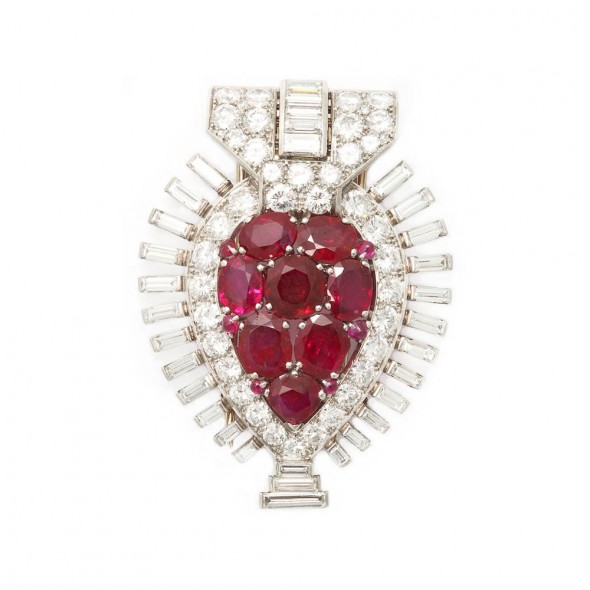 of the upscale jewelry world,

Each of the rubies is separated, discretely, with one of 200 faceted diamond rondelles. A whitegold clasp holds the stones together, its geometric shape encrusted with two cabochon rubies and a smattering of diamonds. The sheer volume of stones is breathtaking. And yet the stones’ cut and the necklace’s setting are refined.

I f the rubies were faceted or the diamonds more prominently placed, the piece would possess a louder soul. And Williams wouldn’t hold it as lovingly.

Williams’ passion for jewelry goes beyond mere carat weight. Instead, hers is a love for the artistic, esoteric pieces whose worth is greater than that of their raw materials. “The value of the piece is in the success of the design,” she says. 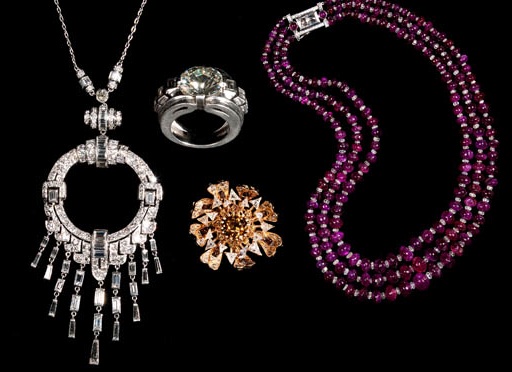 One might expect to find a certain type of woman among the diamonds and rubies at Williams Galleries—perhaps a Southern belle with a butter-blonde mane and an air of slight remove. Instead, one finds the downtown cool that is Williams.

It is the weekend and Williams stands before a glass case, her lithe frame layered in black: a blazer with leather lapels, a semi-transparent shirt and a Nina Ricci skirt with an asymmetrical zipper slashed across the front. Her black hair is tousled, sexily, into a partial ponytail.

As she pulls out tray after black velvet tray of dazzling pieces, Williams rattles off the names of famous houses and designers that regularly appear in her collection. Many hail from France, including Cartier, Van Cleef & Arpels, LaCloche Freres, Boivin, Fouquet, Belperron, Boucheron, Chaumet, Schlumberger, and Mauboussin. In one tray, a diamond Cartier bracelet from 1931 is graced by an emerald, ruby, and sapphire cut in the cabochon style, a particularly European touch. In another, an Art Deco emerald and diamond bracelet from 1935 possesses a deeply sculptural form.

“It never looks dated,” Williams says of Art Deco and Art Moderne. “It was made by jewelers and artists who were cognizant of the fact that they were breaking from tradition. They set out to make eye-catching pieces.” 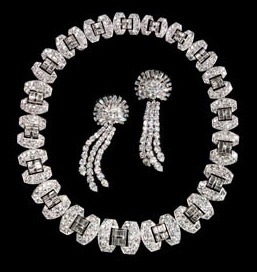 Jewelry designers of the period playfully blended precious gems with materials of less intrinsic value, such as enamel. “Their motivation was not to get the highest carat weight they could cram into a brooch,” Williams explains. “It was to make a brooch that was exciting to look at.”

Originally from Long Island, Williams studied film production at Rhode Island School of Design. She spent the early portion of her career as a set decorator on Broadway then segued into dealing in Arts and Crafts furniture and collectible Mexican silver. It was her husband who convinced her to take the leap into a world where a period Art Deco Cartier watch can sell for $65,000—and a “highly important” ruby necklace can sell for much, much more.

Williams can easily explain the origins of any piece. The beads of the ruby necklace, for example, were cut sometime in the early twentieth century “when the famous mines in Burma were quite active,” she says. The diamond clasp dates to the 1950s or 1960s. And the faceted diamond rondelles were added recently, when the necklace was re-strung.

“It never gets old; it never gets tired,” she says of her work. “It gets my heart pounding every time I see something fabulous.”