Even the most saintly among us have cursed our computers, television remotes, printers, etc., for not doing exactly what we need them to do. 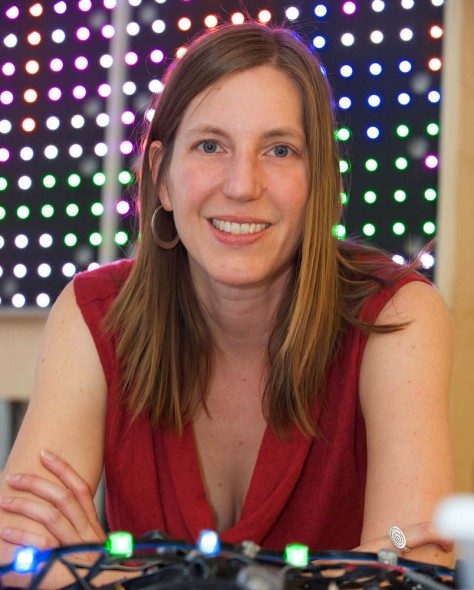 Can you imagine what our technological gadgets would say back to us? I have tried to insult Siri but, well, it has never recognized my voice anyway.

Camille Utterback did not start out trying to explore the line between technology and the human experience. She graduated from Williams College with an emphasis in painting. Once out on her own she became all too aware of the difficulties of being a young artist. She started taking continuing education classes in computer programming to build skills to excel in the hot new Internet industry that was developing in the ’90s. However, as artists do, she found herself asking bigger questions.

While at graduate school at NYU, Utterback became frustrated by the limitations presented by the mouse and keyboard sitting in front of her. She began to wonder about the role of the body in the systems we are building. 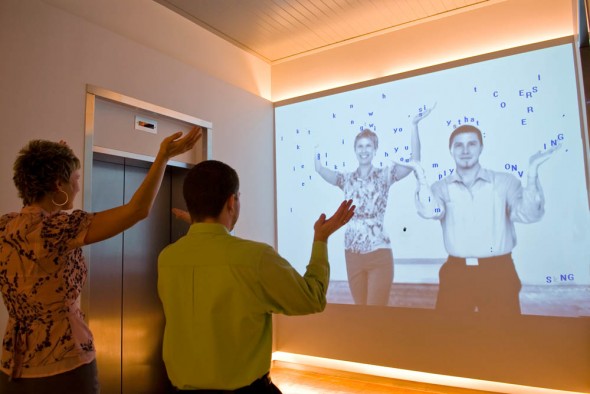 “We are more than just a finger,” Utterback says, “but to operate our personal computers we are restricted to using only the tools that work within the computer’s system.”

Utterback’s works are fun because they move the viewer from passive to active participation. Each installation brings up different questions and methods of interaction. As participants enter Text Rain they see themselves and everyone else in the installation area projected onto the wall in front of them. 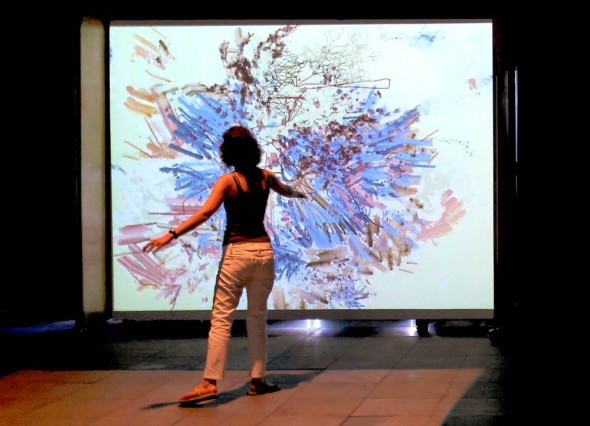 Letters that make up words and phrases fall over the projections of the group. As each viewer moves, so do the letters. Museumgoers aren’t expected to on template works of art alone with arms clasped behind backs: everyone is part of the art experience. Utterback reminds us that “we are all part of a system, be it the environment, politics, or community . . . You can’t just do your thing and not affect others.”

Camille Utterback: Tracing Time/Marking Movement will be at the Frist Center for the Visual Arts until May 19.  For more about the artist visit
www.fristcenter.org and www.camilleutterback.com