Local artists and galleries fill the Nashville sets with exquisite works, thanks to a dedicated design team. 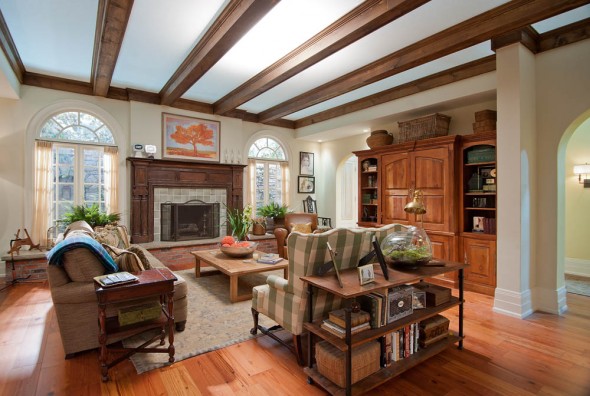 Walking through the sets of Nashville is a bit surreal. Here we are in the mayor’s office, and outside the Bluebird, or inside Sylvia Roberts’ Belle Meade home. The sets aren’t the real places, but the resemblance is uncanny. My visit is in the company of production designer Jeff Knipp and art buyer Trish Tallon-Blanchard, whose job is to create a sense of our Nashville for Nashville.

Watching television, we don’t put much thought into design, but the production designers create visual continuity in the sets for the viewer. Likewise, Jeff and Trish make sure that the world you see in Nashville couldn’t easily be mistaken for New York, Miami, Dallas, or D.C. It is quintessentially Nashville.
That might sound easy but it’s not, especially when it comes to choosing art for the show. Each piece of art needs not only to match and blend in a set, but to create an overall sense of the character whose home or office it hangs in and a sense of mood within a space. 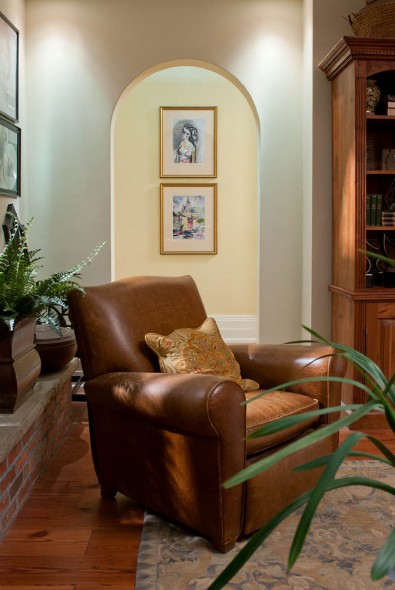 Examine the pieces you see hanging in Rayna’s Belle Meade home: Knipp sees those pieces reflecting the whole of Rayna’s character, for whom he envisions golden, honey tones and overall warmth. In addition, they need to fit what’s been defined as her taste, tending toward the traditional, sophisticated, yet not overly formal. “Rayna’s a collector,” asserts Knipp. “Some of the pieces in her home might have belonged to her mother.” The décor defines Rayna, with abundant clocks and mirrors reminding us of the passage of time, the understanding that Rayna is a grownup, established star, not an up-and-coming girl diva.

While much of the furniture on the set came from Bradford’s and Sprintz, the art is a different story. Knipp, Tallon-Blanchard, and their staff scoured the city to find the right pieces to put in the right places. 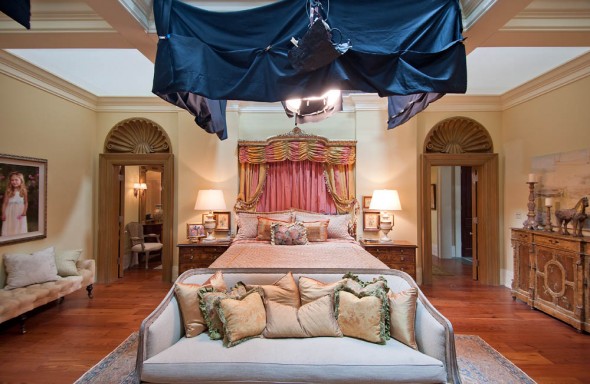 A great example of how the process works might involve looking at the painting in the sitting room of a softly colored tree painted by Greg Decker, a Nashville artist represented by LeQuire Gallery. “I knew Greg from my time working at Vanderbilt,” says Tallon-Blanchard. “When I saw this piece, it just felt right. I liked the tree metaphor implying growth and shelter.” Three more Greg Decker pieces hang in Rayna’s bedroom and its environs.

On another wall, a sleek, eerily beautiful abstract by Cathy Lancaster (from Bennett Galleries) keeps that sense of warmth but underlines Rayna’s sense of the contemporary. In contrast, on a wall outside the sitting-room door, you catch a glimpse of a mid-century modern work with a European flavor, this by Russian-born Murat Kaboulov, also from LeQuire Gallery. In visual shorthand, this tells us Rayna is well traveled and has a sense of the value of what she has. The soft watercolor with bold, black outlines marks the piece in its time. 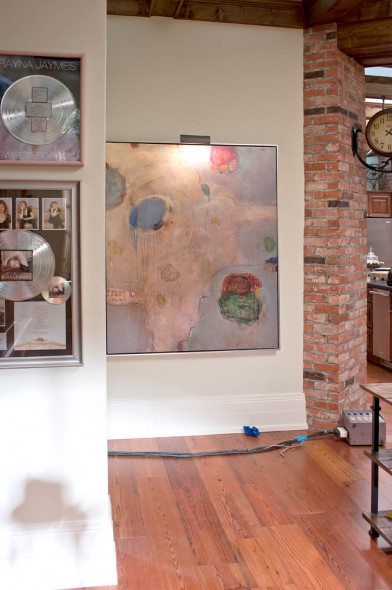 While some galleries and artists donate work for long-term use, others allow the show to make giclées and size the work to meet the needs of the set. The hope is that the artists will have opportunities to sell more work. Make no mistake, audiences copy art and furniture from the big and small screens as much as they copy hairstyles and clothing.

The generosity of these individuals and businesses makes the intense local nature of the set’s art possible. Were they to demand huge rental fees, it would break the relatively modest art department budget. 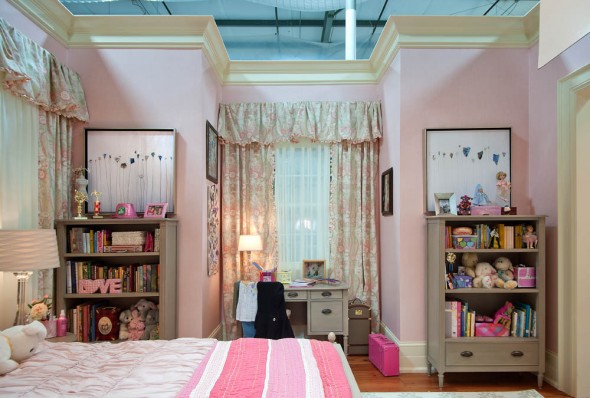 To understand how detailed the choices are, look at the walls in Rayna’s daughter Maddie’s room. Here, framed vintage prints from Art Deco-era fairy-tale books (Trish’s doing) share space with three very different and dramatic pieces by Nashville artist Peter Kuttner. One is a lush floral, while the other two, entitled Melodies II and Melodies III, suggest song notes in rich color on a cool white background.

To contrast characters, check out Juliette’s house, where the art matches Knipp’s vision of her environment: “. . . colder, harder, beautiful but not comfortable. She really doesn’t know what a ‘home’ is, so she creates what she thinks it might be,” says Knipp, telling me he chooses cool blue and gray tones for Juliette. You can see this in art like Ed Nash’s crisp abstract Transforming, Patrick Brown’s grayed modernist pieces, or photographs from Jerry Atnip’s Panhandling series that hang in her house and in her dressing room. 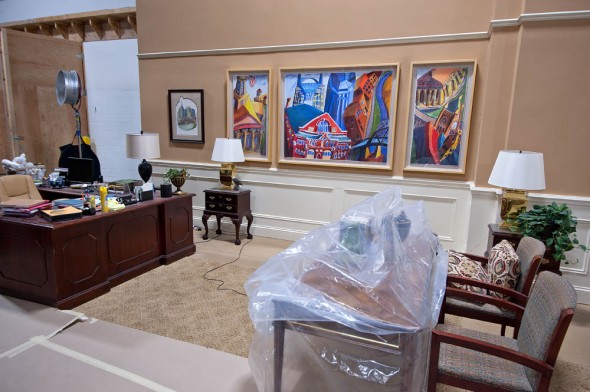 “Every episode is a study in the relationship between art and commerce,” Knipp says. “It’s all about a budget.” Budget or no, Knipp, Tallon-Blanchard, and their team create a wondrous world for us every Wednesday. Let’s hope they get to keep on doing it.

For more information about Nashville and to watch clips of the show visit www.abc.go.com/Nashville.